Wisconsin joins the states looking into the 2020 Election, Biden finally asked a tough question, and the nation gets set to honor its fallen heroes. 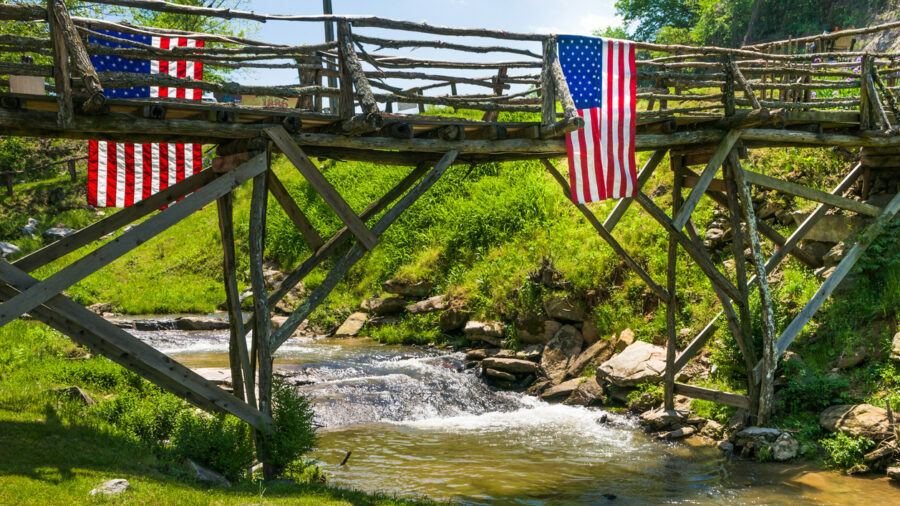 Welcome to your Morning Brew! Today, we’ve got timely update to some stories we’ve been tracking and big news out of the Badger State.

As we head into the Memorial Day Weekend, let’s start with a solemn “thank you” to those who have given the full measure of their devotion to this nation, and the Gold Star families whose sacrifice we can hardly repay.

We will never forget what you did for us, what you preserved for us.

On Monday, we will post a special tribute from Stream writer and best-selling military author Tom Sileo. But for now, please see his 2019 “Memorial Day: Feeling His Presence.”

Yes. A bit of Kleenex will be needed.

Break open the piggy bank if you’re one of the 37 million Americans expected to hit the road this weekend. AAA says prices will average around $3 a gallon, the highest since 2014. (And may stay that way all summer.)

Current price average is $3.04, which is 16 cents higher than a month ago and a jaw dropping $1.08 over last year. A fact noted by former President Trump.

Remember as you’re watching the meter tick, and your dollars pile up, how great of a job Donald Trump did as President. Soon Russia and the Middle East will be making a fortune on oil, and you will be saying how good it was to have me as your President. Wasn’t it great to be energy independent, but we are energy independent no more. Shame, shame, shame.

Joe Biden was grilled Thursday by reporters over the bombshell revelation he had a dinner meeting with one of Hunter’s Burisma pals, a Russian oligarch and other “shady business partners” in Washington while vice president. (Hunter had already funneled $3.4 million from the oligarch’s wife into the U.S. This dubious transaction was flagged by the Treasury Department.)

Miranda Devine at the New York Post broke the story. Proof of the meeting was found on Hunter’s laptop.

Biden has sworn repeatedly he knew nothing about his son’s business dealings. (Until proof emerged in the form of Biden family business partner Tony Bobulinski, after which Biden suddenly talked about never profiting from those dealings.)

"Mr. President what did you order?" pic.twitter.com/13h2hXW58w

Speaking of meltdowns. A court-ordered examination of absentee ballots from Fulton County scheduled for today was put on hold after officials from Fulton County buried the judge in a wave of motions. Judge Brian Amero wants a hearing on the motions June 21.

Democratic and county officials panicked after Judge Amero approved the unsealing of the ballots last week. Voter integrity group VoterGa had shown the judge apparent discrepancies between the official ballot batch count for Fulton County and the number of ballot batch images given the group’s experts. VoterGa’s lawyers believe between 20 and 30,000 ballots in Fulton County are fake or were scanned multiple times.

Funny. Democrats keep saying Trump’s claim of election fraud is “The Big Lie.” But they work overtime trying to stop audits and reviews that would show it’s a lie.

Now they have another state to worry about Wisconsin … which Biden took by less than 21,000 votes. The state assembly Speaker Robin Vos announced Thursday he is hiring three retired police officers to work with an assembly committee with oversight over state elections.

Vos wants them to investigation the state’s election “irregularities.” (Just the News has a sampling of the problems in Wisconsin.)

He’s particularly concerned with the $6.3 million the Mark Zuckerberg-funded Center for Tech and Civil Life spread around to Wisconsin’s five biggest municipalities to assist with the 2020 election. (Did I say “assist”? I meant “fix.”) As the Amistad Project is exposing, the Zuck Bucks went mostly toward ginning up votes for Democrats. Read about it here.

Remember when Elizabeth Warren used to talk about billionaires buying elections? You don’t hear her say anything now.

Maybe she’s being drowned out by the Brood X cicadas.

Yesterday we told you about NY Times science reporter Apoorva Mandavilli who dubbed the Wuhan lab theory racist. Her now-deleted tweet declared: “Someday we will stop talking about the lab leak theory and maybe even admit its racist roots. But alas, that day is not yet here.”

Mandavilli sorta-kinda-maybe apologized, saying in a tweet, “I deleted my earlier tweets about the originals of the pandemic because they were badly phrased.” (I’d show the tweet, but she’s now deleted her account.)

When Fox News asked about her “racist” tweet, she said, “I deleted it because it unleashed some incredibly nasty tweets and DMs. So please don’t write about it.”

Fortunately, I speak “woke liberal snob” and can translate: “Everyone knows the only reason Trump and his Deplorables pushed the Wuhan Lab Leak theory is because they are all racists and xenophobes. Then those horrible smelly creatures come after me, like I said something wrong.”

Upcoming on The Stream

On a more inspirational note, “Five Things I Wish People Had Told Me After Graduation” goes up Saturday morning.

Have a wonderful and safe Memorial Day Weekend!