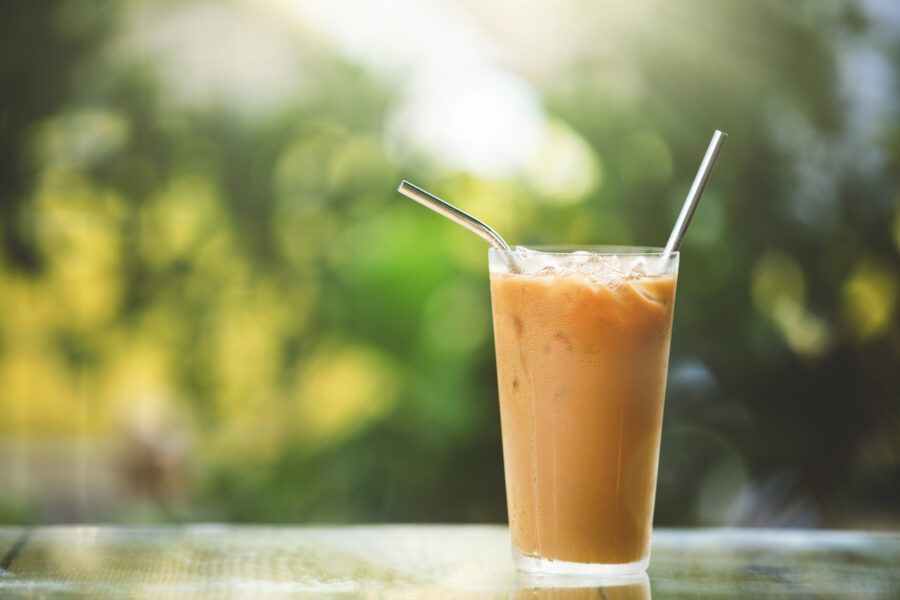 Today’s Brew is so piping hot, we had to drop some ice cubes into it!

Nancy’s Definition of a Select Committee: Select Only People Who Will Play Along

I used to write jokes. Lots of jokes. Tens of thousands of jokes. And I don’t think I’ve seen a bigger joke than Nancy Pelosi’s faux Select Committee set to “investigate” the January 6 Capitol Riot.

Pelosi announced yesterday she is rejecting two GOP Congressmen named to the committee who would ask the hard questions: Rep. Jim Jordan and Rep. Jim Banks.

Questions like: Why did Pelosi ignore the warnings about a threat to the Capitol? Did the FBI have informers and/or agents within the groups that may have been planning trouble? How much did they promote and engage in violence on February 6? How much did Antifa or other agent provocateurs play a role in the violence? Was the real goal to sabotage those who were set to challenge the electors? Why are people still being held in solitary confinement for little more than trespassing?

And more questions: Who planted the pipe bombs at the RNC and DNC? Who killed Ashli Babbitt and why hasn’t his name been released? Why is Pelosi refusing to release all the surveillance footage from inside the Capitol? Where’s the Select Committee investigating the days of violent attacks at the White House and at Federal buildings the summer of 2020?

Pelosi would rather French kiss the floor of the Wuhan Lab than answer any of those questions.

The only question Pelosi wants to ask is “Why is this all Donald Trump’s fault?”

In response to Pelosi’s stunt, House Minority Leader Kevin McCarthy has pulled the names of all five GOP members he nominated to the Select Committee

And in an entirely unrelated matter, it looks like the FBI was more deeply involved in pushing along that kidnapping plot against Michigan Governor Gretchen Whitmer than previously known. That, according to a new article in RedState.

Nothing to See Here: Biden Used Personal Email While VP to Forward State Dept. Info to and Discuss Business Related Matters with Hunter

“But that’s impossible, Al. Joe insists he knew nothing about his son’s business affairs and certainly didn’t get involved in any of Hunter’s business adventures. And he’s certainly not ‘The Big Guy’ getting a cut of Hunter’s China deal.”

Sure. And he races unicorns in his spare time.

According to Just the News, emails on Hunter’s laptop show “numerous Obama administration officials communicated or were aware of the private email address or had their information sent to it, including current Secretary of State Tony Blinken.”

Of course, under federal law Biden was required to archive all government-related emails. Did he? Did he use the private email to send classified information around as Hillary did? Will further emails shed a light on just how much the Bidens were using his office to gin up business for Biden Inc.? Tom Fitton of Judicial Watch will be filing FOIA requests to find out.

It was so cute of Fauci to play the “I’m the Official Scientist” card on Sen. Paul. Fauci said “qualified” people had determined the research Fauci paid for was not, technically, “gain-of-function.”

Sen. Paul countered, “You take an animal virus and you increase transmissibility to human, you’re saying that is not gain-of-function?”

“How dare you question me, you mere mortal!?!?!?” was Fauci’s response. Well, he put it a bit differently.

After all, it’s not like Sen. Paul is a medical doctor or anything. Oh, wait. …

How desperate are Democrats to protect Fauci … and China? On Tuesday night, they blocked a bill that would require the Director of National Intelligence to declassify information related to the origins of COVID-19. Specifically, info about any role played by the Wuhan Institute of Virology.

Your Biden-Big Tech Partnership at Work: Blocked on Twitter for Stating an Historical Fact!

You now cannot state an historical fact about someone dead nearly 300 years without Twitter blocking you. Yup. Just ask our own Senior Contributor Dr. Michael Brown. He was engaging in a Twitter debate over COVID vaccinations Monday when someone noted that famed 18th century preacher Cotton Mather advocated smallpox vaccines. Dr. Brown acknowledged this, but pointed out that another Christian supporter of this medical advancement, Jonathan Edwards, actually died from a smallpox vaccine. (Technically, an inoculation.)

And for that tweet, Dr. Brown was blocked and ordered to remove the tweet. He tells the full amazing story in “Yes, Twitter Actually Blocked Me Because of This”, now up on The Stream.

A very important read for people still under the delusion the Biden-Big Tech partnership to fight “misinformation” is about health.

Admit It. You Laughed When You Heard The U.S. Women’s Soccer Team Was Crushed by the Swedes

The Tokyo Olympics are barely a day old and the U.S. Women’s Soccer Team is already in a deep fix. The squad got squashed by Sweden 3-0 Wednesday. The U.S. hadn’t been beaten in 44 straight matches over 30 months. (The team can still advance by winning its next two games against New Zealand and Australia.)

The team with a fondness for protesting the National Anthem took part in a pre-game display, taking a knee along with the Swedes in a protest of racism, discrimination and inequality.

Uh, isn’t the Olympics itself one of the greatest symbols of unity and brotherhood and equality among all races and tribes?

Now, show of hands. How many of you couldn’t suppress a chuckle upon learning the most “woke” team on the planet got their lunch handed to them by little ol’ Sweden?