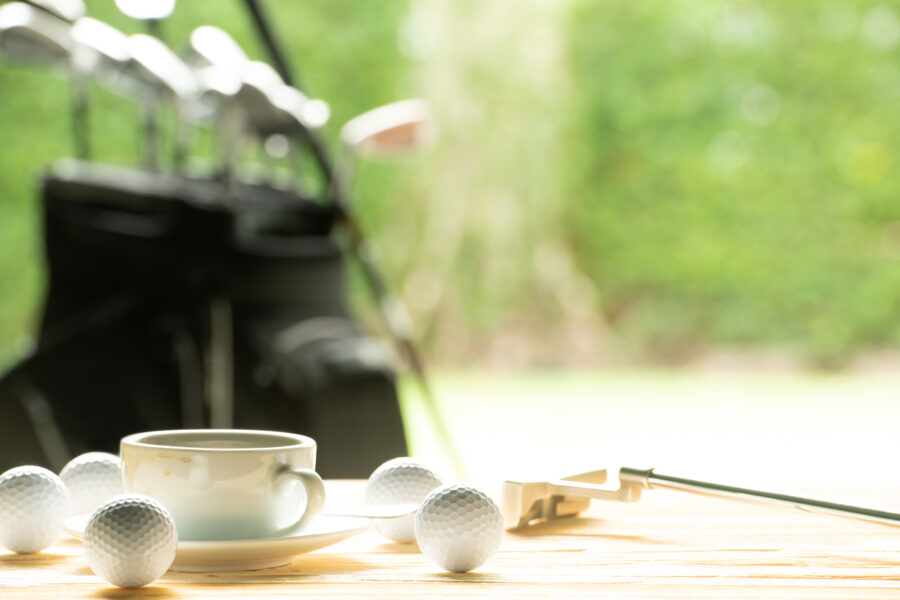 Need an extra big cup for this Morning Brew. A blend we can call “Hail and Farewell … and FORE!”

Trump Refers To Himself as the ‘47th’ President While Golfing

Is he a politician planning a comeback or a competitor just trying to distract his golfing partners? Donald Trump came as close as you can to confirming he’s running in 2024 … on, of all places, one of his golf courses.

Trump was preparing to tee off at Trump National, outside Los Angeles, when someone in his party pointed a camera his direction and announced, “Now on the tee, the 45th president of the United States.”

Trump stopped, strutted directly toward the camera, and declared, “The 45th and 47th.” He returned to the tee and blasted one straight down the fairway.

Trump announced his 2016 run by coming down the escalator at Trump Tower. How epic would it be if announced his 2024 run by strolling up to the 18th green at Trump National? Sinks the putt. Declares, “Playtime’s over.” Hands his putter to the caddie and strolls into the clubhouse. And two minutes later he’s in jacket and tie to finish the announcement.

Justice Steven Breyer Gives in, Will Retire at End of Term

Just the other day I was thinking, “What with all that’s going on in this country, what we really need right now is another big, divisive fight over a Supreme Court justice!” Well, we’ve got one. After a year of hounding from the left, liberal justice Stephen Breyer is retiring. We’ve got the story here.

This will be Biden’s first chance to pick a justice. Though it’s tempting to say, “May that pick be treated just as fairly and respectfully as Joe Biden treated Clarence Thomas,” we’re better than that. Right? Right?

Meanwhile, again yesterday, Biden demonstrated precisely the clarity of thought one wants in someone set to pick a justice who will help shape life in America for a generation.

Biden: "When I went to Dearborn, driving that … you know, was up there, I don't know, man." pic.twitter.com/NAJaj6NPXh

For months, reports have been circulating that Nancy Pelosi was set to retire. However, the House Speaker has other plans for the moment. Pelosi announced Tuesday she’s running for re-election.

That sure raised some eyebrows. Higher even than hers. Pelosi’s been in Congress since the U.S. capital was in Philadelphia, and some days she makes Joe Biden sound positively lucid.

Even CNN’s telling Pelosi time’s up. Forget about leaving at the end of her term. Commentator Bakari Sellers said the Speaker should “hang up the cleats” before the 2022 midterms. He cited the need for new leadership in the House. “Not only do we have to get younger, but we have to be more vibrant and have to have bigger and bolder ideas to bring in a new generation of voters.”

They’re Sellers’ words, but it sure sounds like AOC’s voice.

So why is Pelosi running instead of enjoying the $130 million she’s made parlaying her government position into personal gain? “For the Children.” “As you hear me say, ‘When you’re in the arena, you have to be able to take a punch or throw a punch — For The Children.”

Well, except for those in the womb.

Changing Our Name to Ukraine

Unfortunately, he was answering the question why should we care what’s happening in Ukraine.

Biden’s Deputy National Security Adviser says Americans should care about Ukraine because “borders should be inviolate…sovereignty should be respected.” pic.twitter.com/oRC6ymfLSz

Obviously, Finer’s stating an unalienable truth. Except that’s obviously not something he believes. Last month alone, nearly 180,000 illegal immigrants were encountered by border patrol on our border. In total, at least two million illegal immigrants with origins and intent unknown flooded across our border.

The Biden Administration is actively smuggling young males captured and brought to Brownsville to points in America’s interior. (Human trafficking’s about the only thing the Biden administration is doing effectively.)

We need to put the Administration’s words back in their face: “Borders should be inviolate. Sovereignty should be respected.”

And in the meantime, we should consider changing America’s name to “Ukraine.” That should guarantee some help for our border.

What’s Really Going on With Russia and Ukraine?

You keep hearing a Russian invasion of Ukraine is imminent. We’re moving 8,500 troops closer to the situation. Kamala Harris is warning Putin of dire consequences if any of his troops steps a toe into Ukraine.

Yet, Ukraine’s Defense Secretary told his people Tuesday “as of today there are no grounds to believe” a Russian invasion is imminent. “Don’t worry, sleep well. No need to have your bags packed.”

Their Foreign Minister told CNN Wednesday that while Russia poses a “direct threat,” their 100,000 soldiers encamped at the border is “insufficient for a full-scale offensive. They also lack some important military indicators and systems to conduct such a large, full-scale offensive.”

So why are we hearing all this invasion talk and imperative for U.S. involvement against Russia? For that matter, what’s with the five years of “Russia Russia Russia” during the Trump years? Scholar and Stream contributor Timothy Furnish does a deep dive into Putin’s long-term thinking. And why progressive and globalists would be so hostile towards him. The answer will surprise you. See the answer in “A Tin-Plated Dictator? Yes, But a Smart One We Could Do Business With.”

After reading the article, re-consider Trump’s oft-repeated line that without the Russia hoax, and “Russia Russia Russia,” he and Putin could have worked together on a lot of good things.

She’s Hanging Out With Who? Another Socialist Leader Set to Destroy Her Country?

Meanwhile, the border czar who never visits the border has managed to go to Honduras. Kamala Harris is there for today’s swearing in of a new president, Ziomara Castro, a socialist with anti-Semitic ties. (And with a bit of an Imelda Marcos meets Eva Peron thing going.)

Castro’s husband just happens to be Honduras’ former president, Mel Zelaya. The military tossed Zelaya out in 2009 after he began mimicking the policies of Venezuelan dictator Hugo Chavez. Socialist policies that have destroyed that country. Zelaya was also a close ally of Cuba’s Fidel Castro.

Is it any wonder Harris is cozying up to this Castro?

Further adding to the “I’ve got a bad feeling about this” vibe, Zelaya and Castro’s running mate Salvador Nasralla both have a history of anti-Semitic remarks.

Mike Huckabee has the latest “New Video Tells More About Ashli Babbitt’s Final Minutes.” And just how brutally wrong the media narrative has been.

Coming up at 9 a.m., an absolutely beautiful, inspiration declaration from Dr. Michael Brown. “The Christian Life Can Be Messy and Disappointing, but I Refuse to Become a Cynic.”

Also, Nancy Flory offers a Joy Break. Country singer and actress Jana Kramer was baptized this weekend and shared her story with the world.

Meanwhile, I’ll be off tomorrow. But I’ve left you a very special, and I hope entertaining, Morning Brew. You know how we’ve been running excerpts from former First Dog Major’s tell-all about his year in the White House? Tomorrow, we actually sit down with Major for an exclusive, no-holds barred interview! You won’t want to miss that.