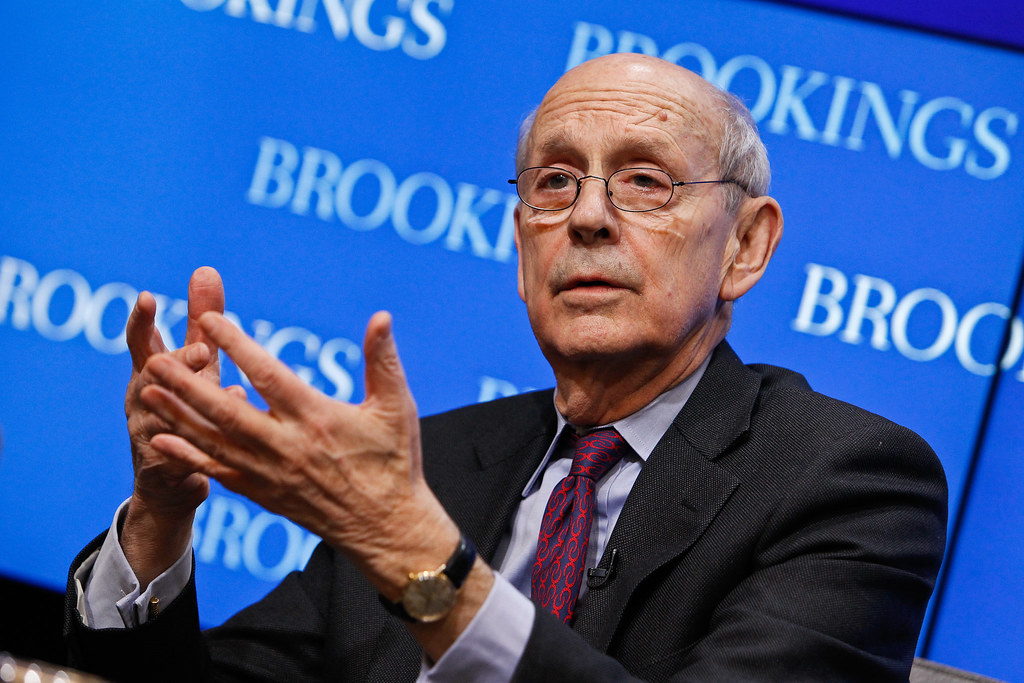 After a year of hounding from the left, liberal Supreme Court Justice Stephen Breyer is hanging up his robe. The 83-year-old will be retiring at the end of this current term early this summer.

Justice Breyer — the High Court’s oldest justice — has been on the court 27 years.

Breyer is yet to formally announce his retirement or his reasoning. In fact, Fox News’ Shannon Bream is reporting he is “upset” or at least surprised at the word getting out. (An effort to force his hand, assuring he didn’t change his mind?)

Since Joe Biden was inaugurated, voices on the left have been calling on Breyer to step down, fearing he would — like Ruth Bader Ginsburg — die under a Republican president. Or even a GOP-controlled Senate.

Breyer’s retirement will give Joe Biden his first opportunity to name a Supreme Court justice — presumably a liberal justice that could serve for decades. As Breyer is one of the three liberals on the Court, the opening will not change the political balance of the Supreme Court. It’ll remain 6-3 conservative…well, 5-4, given Chief Justice John Roberts’ shift leftward.

Who’s It Going to Be?

Biden has previously committed to appointing a black woman to the court. And the White House says he’s standing by that promise. (Though how well has appointing people on the basis of their color, sex or ethnicity worked for Biden thus far?) A few months back, fanciful rumors swirled that Biden was considering naming VP and former California Attorney General Kamala Harris to the Supreme Court as a way to get her out of the White House and spare Democrats her running in 2024. But that seems highly unlikely.

We should see a short list of legitimate contenders soon. CNN’s already got its list. These include DC Circuit Judge Ketanji Brown Jackson, fresh off of ordering Trump White House documents handed over to the J6 Committee. That case will be reviewed by the Supreme Court. If appointed Jackson would be expected to recuse herself. (But then again, Justice Elena Kagan worked on Obamacare while at the White House and didn’t recuse herself. Normal rules don’t apply to liberals.)

However, with the Senate split 50-50 Biden you’d think he couldn’t go too far down the radical path. But Lord knows he’ll be pushed to. Which poses another problem. As The Federalist‘s Sean Davis points out, “if things weren’t politically bad enough for Democrats heading into the 2022 elections, vulnerable Democrat senators are now going to be forced to walk the plank for what we know will be a radical leftist SCOTUS nominee.”

If things weren’t bad enough politically for Democrats heading into the 2020 elections, vulnerable Democrat senators are now going to be forced to walk the plank for what we know will be a radical leftist SCOTUS nominee. What a hilarious nightmare for them.

Charles Cooke lists some more reasons “Justice Breyer’s retirement May Not All Be Bad News for Conservatives.”

Biden will want to move fairly quickly to ensure Breyer’s replacement is named and confirmed before the next term begins in October. And more crucially, before the midterms.

Senate Majority Leader Chuck Schumer released a statement saying Biden’s nominee will “receive a prompt hearing in the Senate Judiciary Committee and will be considered and confirmed by the full United States Senate with all deliberate speed.”

The confirmation process is likely not to be nearly as contentious as the Justice Brett Kavanaugh and Justice Amy Coney Barrett nominations. Actually, there have been armed conflicts not as contentious. Nobody’s going to be accusing Biden’s nominee of being a gang rapist or cult member. Also traditionally, Republicans do not go to war against the Supreme Court nominees of Democrats.

But how tempting to say: “May Republicans on the Judiciary Committee show Biden’s nominee the same respect and fairness Joe Biden showed Clarence Thomas during his confirmation.”