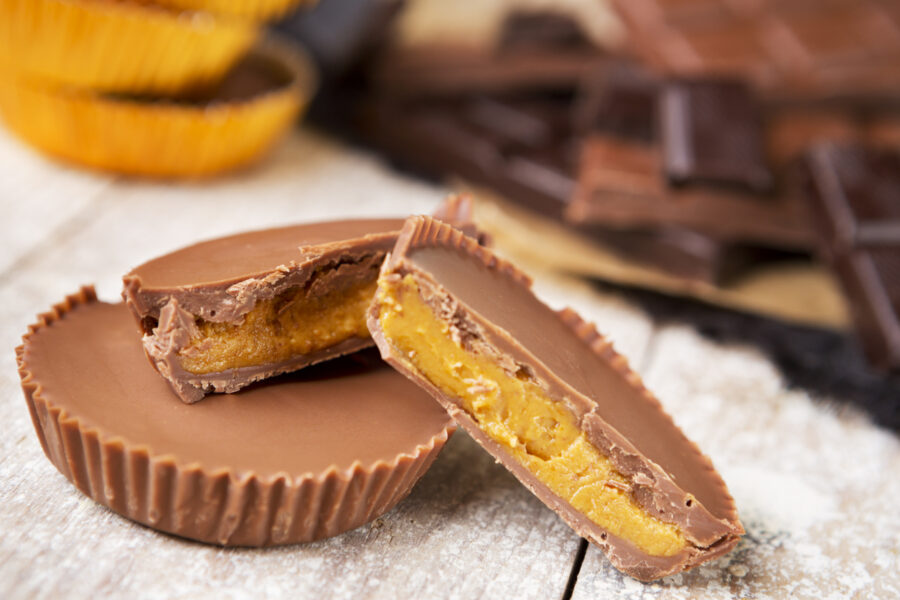 Though it’s a sad day if you were hoping to grab hold of the biggest Reese’s Peanut Butter Cup ever. More on that in a minute.

The jury has begun deliberating the fate of 18-year-old Kyle Rittenhouse, who shot three criminals who attacked him on the streets of Kenosha. Oddly enough, Judge Bruce Shroeder had Rittenhouse himself randomly pick out of a hat the 12 jurors out of the 18 who heard the case. According to the Chicago Sun-Times, the task is usually done by a court clerk.

Kyle Rittenhouse choosing his own jurors in random draw out of a box pic.twitter.com/tJ5DsXubjj

Not to say the judge seems to lean toward Rittenhouse, but the latest task he’s assigned Rittenhouse is to escort his granddaughter to homecoming. (Okay, we made that up.)

What I’m not making up: Prosecutor Thomas Binger is still getting ripped for improperly pointing a weapon at the jury. He’s being hit for ignorantly handling the weapon. I wonder, though. He’s facing a jury that knows it’s going to be targeted if they acquit. Targeted by the kind of people who don’t mind looting, destroying, maiming and even attempting to kill.  You know that’s on the jurors’ minds. And here comes the prosecutor pointing a weapon at them? What’s their instinctive reaction? Fear. Message received.

Perhaps his move wasn’t so much incompetence as it was intimidation. Just perhaps.

Pfizer has asked the FDA for emergency approval of its COVID-19 anti-viral pill, known as Plaxlovid. The pharmaceutical giant claimed earlier this month that an interim analysis showed an 89% reduction in the risk of hospitalization or death from Covid-19 among people given the drug within the first three days of symptom onset.

So if approved, do the vaccine mandates go away? Only if this is about health and medicine.

But it’s not. Dr. Fauci further proving he has more in common with the communist Chinese than the Founding Fathers, declared in a new interview: “There’s a misplaced perception about people’s individual right to make a decision that supersedes society safety.”

Funny, he thinks that when it comes to a virus with a 99% plus survival rate, but didn’t think that when the AIDS virus had a 99% plus fatality rate.

Good News! The Times Square New Year’s Eve Celebration is Back On

Revelers will be allowed back into Times Square this New Year’s Eve to ring in 2022. However, all will be required to show proof of vaccination or testing … and prove a willingness to be smashed, kicked, robbed and beaten by the unhinged thugs who now rule the city.

Ugh. Maybe Not the Best Place for It. “Let’s Go Brandon” Chant Breaks Out at Pastor Hagee’s Megachurch

Folks at John Hagee’s Cornerstone Church got revved up last week in a rather curious way. They broke into the “Let’s Go Brandon” chant.

Now, to be clear — since the media will not be clear about it — this was not at a church service. The church was hosting a “Reawaken America” event featuring the framed Gen. Michael Flynn and the “cancelled” Mike Lindell.

The clip has now gone viral and naturally the church is getting heat. A “tsk-tsk” may be warranted — you were in a sanctuary after all. But isn’t it strange people are more upset that at citizens breaking into spontaneous chant than they are that governments shut down churches. Tells you it’s not about the sanctity of the sanctuary. It’s all about politics.

Joe Biden spoke three hours via Zoom Monday with Chinese President Xi. According to Fox News, Biden did not bring up the origins of COVID-19 or the upcoming Beijing Olympics.

Perhaps he did not want to raise a stink with yet another world leader.

However, according to the Washington Post, Biden is expected to announce a “diplomatic” boycott of the Beijing Olympics. Meaning, unlike Carter’s boycott of the 1980 Summer Olympics in Moscow, the athletes can still compete. However, the U.S. will not be sending a diplomatic mission to the games. (WaPo story is behind a paywall.)

This headline sponsored by the CCP’s “Billions to Biden Inc” Project.

Pentagon spokesman John Kirby claimed in recent days climate change is as big a threat to national security as China.

Really? When did Mother Nature steal the personal info on hundreds of millions of America, create a virus that killed millions, buy off our top scientists … and the current President of the United States … and launch a hypersonic nuclear-capable missile over our heads?

I’m sure the Uyghur slave labors would rather be a few degrees warmer and free.

Hamilton creator Lin-Manuel Miranda is now knocking the cancel culture. Miranda told The New Yorker critique is fine, but as an artist, if “get yourself into a place of fear, of ‘What are people going to say about what I write?’ you’re f***ed. It’s over.”

The woke mob came after Miranda when the film version of his debut musical In the Heights did not feature any “Afro-Latinx.” Apparently the guy who turned the Founding Fathers into brilliant kaleidoscope of colors in Hamilton, wasn’t inclusive enough for the mob. Miranda bowed to the pressure and apologized.

You want to fight cancel culture, Lin-Manuel? And you want to apologize? Apologize for allowing your Hamilton cast to call out and disrespect then VP-elect Mike Pence when he was just there to take in a show. Don’t think that incident didn’t play a role in making targeting people for their political beliefs fashionable.

That’s also one reason In the Heights bombed in theaters. You disrespected half the country and they’re not eager to put money in your pocket. No matter how gifted you happen to be.

Just in time for the holidays, Reese’s has created its biggest peanut butter cup ever. It’s called the “Reese’s Thanksgiving Pie” and clocks in a 9” and 3.25 pounds!

All 3,000 of the Thanksgiving Pie peanut butter cups were swallowed up by buyers in hours. At least figuratively.

The Stream’s Tom Gilson dropped a must-read “Biden Regime: Government of the People, By the Powerful, For the Powerful.”

In “The End of the Rock and Roll Rebel”, Stream contributor Mark Judge bemoans how rock-n-roll should be at the forefront of the fight against censorship and mandates and suppression of rights, but alas, today’s artists are sitting on their leather-clad fannies.