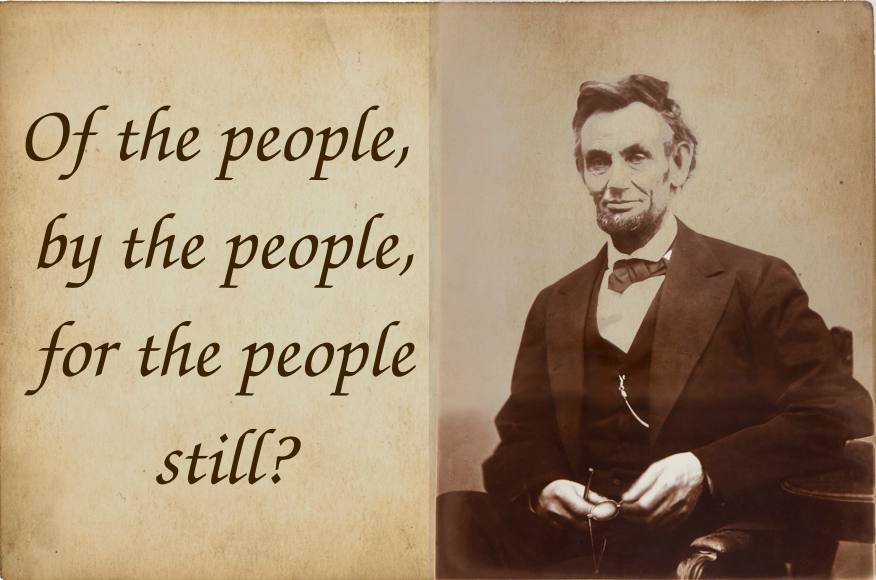 Just when you thought his administration couldn’t top itself for tyranny, Joe Biden has nominated Saule Omarova as a member of the Federal Reserve Board. Her selection (so far) is truly astonishing, as she has proposed that the federal government have power over all credit, all banking, even how much money a person may have or keep. It’s part of a pattern that includes vaccine mandates, oil pipeline shutdowns and a long list of power grabs by this administration.

I’ve been trying today to imagine the current regime thinking they’re still strong on “by the people, for the people.” The effort was instructive, believe it or not.

Democrats “For the People”?

The easier part was imagining they think it’s “for the people;” that they think they’re doing good for the country. They’ve got the message down: Vaccine mandates will let us put this whole pandemic nightmare behind us. Draconian lockdowns (part of that same nightmare) are all for the good, as there’s nothing on earth more important than staying alive. (Unless you’re Kyle Rittenhouse, maybe.) And government spending is excellent because the government knows just how to use our money to solve all our problems with it.

So sure, we can imagine they think it’s “for the people.” Or we can at least imagine them being aware that’s what they’re supposed to be doing. I’m sure they talk about it often enough behind closed doors, as they plot how to sell their message.

Democrats Ruling “For the People”?

It’s a whole lot harder thinking they believe they’re governing “for the people.” Forget the contested votes; Biden’s election was still no mandate for massive change. His approval ratings? Even worse. Public response? Governors are suing the feds over Biden’s vaccine mandates. Workers are striking. And I haven’t heard many saying how dearly they love all those higher gas and grocery prices.

But hey, I’ve still got some power of imagination left in me. I can think of not just one, but three ways this regime might still think it’s “for the people.”

Some of us see it; others are still play-acting as if “of the people, by the people, for the people” were as strong and firm as ever, even as it stands unstable at the cliff’s edge, ready to topple into an authoritarian abyss.

The first is if “for the people” includes only those on the left. Those of us who don’t agree don’t count. No special reason, except that we’re in the way. We’re not helping them score the power they want. (Look, I said I could imagine three ways; I didn’t say they were good ways.)

Or maybe they think we’re too stupid (option 2) or too evil (option 3) to count as “for the people” sorts of people.

Do They Think We’re Too Stupid to Count?

Stupid? Sure. We don’t bow down before their experts. We don’t ascribe to them all the wisdom, foresight, and prudence they must have, in order to be anointed by the administration. They know so much more than we do, we should let them rule!

Centralized expertise, a ruling oligarchy of the academically approved: That’s what we need! Unless we’re trying to decide whether the child is a boy or a girl. That’s strictly up to the child. You can’t get more decentralized than that, and you can’t show me an expert who’s stupider than one who can’t answer that question.

Americans have never trusted experts less than they do today, especially in the sciences. There’s too much political parading inside those white lab coats. It wasn’t new research that led the APA to declassify homosexuality as a mental illness. No lab or field study led Nature, the world’s premier science journal, to say that classifying people as male or female by their biological features “has no basis in science.”

Leftists will undoubtedly say global-warming “denialism” is the product of conservative politics, not science. Let them; my point is made. Either way, the other side’s “expert science” still looks more like politics instead.

Or That We’re Too Evil?

Or maybe we’re too racist to fit in any “for the people” formula. Too capitalist. Too greedy. We think people should work for a living, and that’s expecting too much of all those “victims.” We think justice is about being equal before the law, not experiencing equity in outcome. We believe private property is good, and that along with it comes the right to defend ourselves and our property. All this is so terribly reactionary and evil. Right?

We also think people should be able to keep a reasonable amount of what they’ve earned. We’ll admit, as freely as anyone, it’s hard to say what’s “reasonable.” We’re not about to turn that decision over to politicians, though. The market may not be perfect but it’s better than that.

So here I’ve been trying to imagine how the present administration could think it’s governing “of the people, by the people, for the people.” The first is easy, the second darned-near impossible, and the third one, no matter how hard I try to picture it, can only come out looking like tyranny.

Worse yet, I’m not the only one pretending. I’m not just talking about the regime pretending it has our best interests at heart. Half the nation or more is caught up in acting as though everything’s still politics as usual. It isn’t. Saule Amarova isn’t politics as usual. The spending bill Biden just signed isn’t either.

And neither is the threat of losing your job because the president says you have to take the jab. You have to believe his experts. You have to acquiesce in the fiction that there’s no controversy over it. You have to put aside any ethical objections to its fetal-research history.

Some of us see it. Others are still play-acting as if “of the people, by the people, for the people” were as strong and firm as ever — even as it stands unstable at the cliff’s edge, ready to topple into an authoritarian abyss. Lincoln’s hope is fading at the hands of evil people manipulating our system for the sake of their own power.

Power, Tyranny, and We the People

And they’ve got the power to wield, perhaps even to retain for years to come. What can we, the people, do in the face of that? I retain some dim hope still for the power of the ballot box. I believe even more in the power of prayer. Let’s see the Left stand up against the One Who “laughs at the wicked, for he sees that his day is coming” (Psalm 37:13). The same psalm reminds us we need to live squarely on the side of humility and righteousness.

I’m not sure prayer and elections are all it’ll take to stop this tyranny. I don’t know where this is ultimately heading. I’m pretty sure it’s going to call for wisdom, faith, and courage like few of us have ever needed to be wise, faithful, or courageous before. Get ready.