Well, if Facebook can change its name, The Morning Brew can ... even if for just a day. 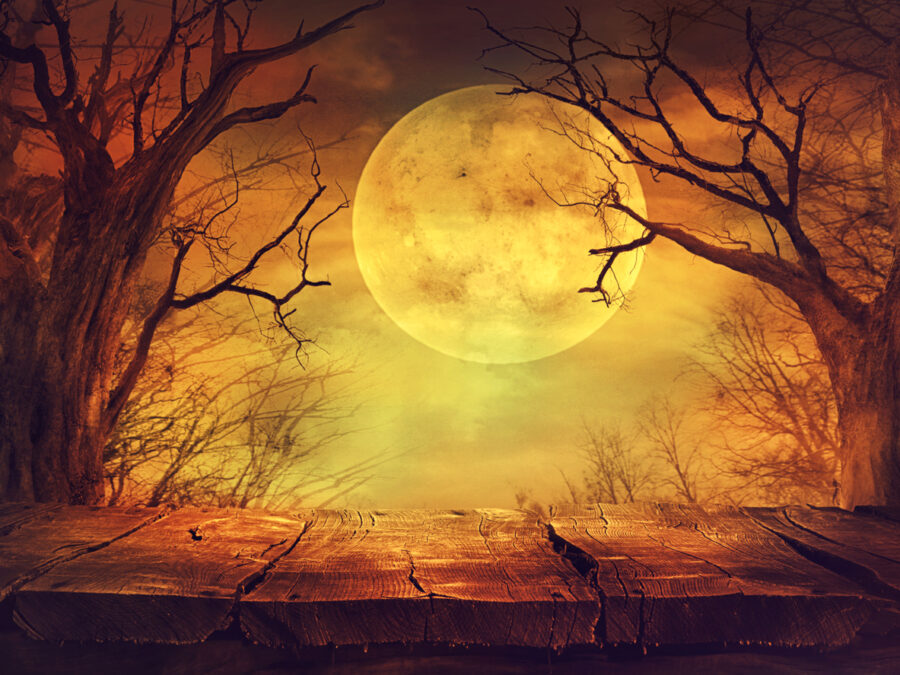 Today’s Brew comes with a lot of red meat. Literally. But first …

You Want Horror for Halloween? How About Stealing the Votes of the Cognitively Impaired? Wisconsin Sheriff Uncovers 2020 Election Fraud Plot at Nursing Home

At one Wisconsin nursing home alone, 8 of 42 patients voted in the 2020 election despite being mentally incapable of voting. Their votes were systematically stolen. That was the finding of Racine County sheriff Christopher Schmaling.

Schmaling launched his investigation into the Ridgewood Care Facility following a complaint filed by a now-deceased woman’s daughter, who insisted her mother could not have voted in the election given her condition. The investigation found an unusual surge of voting activity, with eight of the facility’s 42 families saying their loved one did not have the cognitive ability to vote, yet ballots in their name were cast. That means nearly one in every five.

The investigation only looked at Ridgewood Care Facility, but Sheriff Schmaling expects his announcement will lead others to come forward.

Indeed, shortly after the election, a disability service coordinator in Wisconsin claimed 20 of her patients either had their ballot filled out by others against their will or they were forced to vote for Joe Biden despite their wishes.

WISN radio host Dan O’Donnell also testified to the Wisconsin Assembly about a nursing home resident who wanted to vote for Trump. A nursing home staff member said, “No no. He’s a bad man. We’re voting for Biden,” and forced the resident to do so against her wishes.

This ballot harvesting — ballot stealing — from the elderly, infirm and dying was made easier by the Wisconsin Election Commission. As with Democrats nationwide, COVID was used as an excuse to circumvent state law. They illegally ordered workers at nursing homes to assist residents to vote, while keeping out “special voting deputies” who are legally assigned to assist in absentee balloting. The facility saw a 400% jump in voting.  Said Sheriff Schmaling, the “election statute was in fact not just broken, but shattered.” He noted there are hundreds of similar facilities across the state, and doubts what happened at Ridgewood was an isolated situation. He’s calling for Wisconsin’s Attorney General to launch a full criminal investigation.

An examination of 18 studies done over two decades has concluded that meat eaters are less angry and depressed than vegans or vegetarians. The study was conducted at the University of Well, DUH!!!!

Actually, the results can be found in the journal Critical Reviews in Food Science and Nutrition. And the conclusion was clear: “those who avoided meat consumption had significantly higher rates or risk of depression, anxiety, and/or self-harm behaviors.”

The Blaze also notes the research associating meat eating with less anxiety and depression comes as progressives like Bill Gates and Kamala Harris are trying to push us towards a meatless society.

One can say Gates and Harris are literally trying to depress us.

Something to chew on over the weekend. And by that I mean, a nice, juicy steak. Or, if you live in the West, perhaps an In-and-Out Burger?

Florida’s CFO Urges In-and-Out to Move to Florida, after California Cities Block the Chain Over Its Refusal to Enforce Vax Checks

Florida is urging the Christian and delicious burger chain In-and-Out to ditch its California home base and move to the Sunshine State. Florida’s CFO Jimmy Patronis made the pitch this week.

He told the president of In-and-Out, Lynsi Snyder, “As a small business owner who grew up in a family-owned restaurant, I know how hard it is to a profit on a good day, let alone when your own government is working to crush your business with overreaching mandates.”

The move came as California shut down a second In-and-Out location for defying COVID mandates to verify the vaccination status of customers entering their restaurants.

Joe Biden is meeting at the Vatican today with Pope Francis. Plans to live stream the meeting have been cancelled, the Vatican announced Thursday. On whose orders, I wonder. The Vatican gave no reason for the sudden cancellation.

The White House Correspondents Association isn’t happy the world won’t have live access to the historic meeting. The first meeting of a pope and a Catholic U.S. president in 60 years. We’ll just be fed edited scraps afterwards. As WHCA president Steve Portnoy tweeted: “Reporters have been covering the papal audiences of American presidents since Woodrow Wilson sat w/Benedict I in January 1919.” That includes both Obama and Trump.

It’s Halloween weekend. What could be more frightening than the world watching live as the U.S. president tries to get through a conversation with the Pope without falling into gibberish? But enough about their ideas on climate change.

Or economic systems … or immigration …

Biden Wants to Pay $450,000 to Asylum Seekers Who Were Separated After Crossing the Border Illegally in 2018

The Biden Administration wants to pay nearly half-a-million dollars per person to illegal immigrant families who crossed the border seeking asylum in 2018 and were separated. Or so sources are telling The Wall Street Journal.

The U.S. is in talks to offer immigrant families separated at the border in 2018 about $450,000 a person in compensation, people familiar with the matter say https://t.co/mmY60OIfHy

As taxes and expenses for American citizens and legal aliens shoot through the roof. Or perhaps that’s the good news. Sure, they get $450K, but thanks to Biden Inflation, that $450K will only get them a roll of toilet paper.

When Joe Biden campaigned the other night for Democratic gubernatorial candidate Terry McAuliffe, he mentioned Donald Trump two dozen times. Perhaps it’s like Beetlejuice. Say the name and Trump appears. The former president hinted Wednesday that he’ll be coming to Virginia in these final days of the crucial campaign.

We do know where Trump is going to be Saturday night. He’ll be in Atlanta for Game Four of the World Series. Forget the Braves and Astros/ Will Trump join a “Let’s Go Brandon” chant? Forget Bobby Thompson. That would be the “Shout Heard ‘Round the World.”

It’s Halloween weekend. So perhaps its fitting Democratic candidates in Virginia are scared. You’re running for public office, holding a public campaign event in a public parking lot, but you don’t want the public to film you? Yeah, you’re someone we’ll trust in power.

But that’s exactly what’s happening in Virginia, according to the Washington Free Beacon.

Staffers for Democratic congresswoman Elaine Luria (Va.) and other Democratic candidates say nobody is allowed to film their public campaign speeches. At one campaign event Luria held with Alex Askew (D.), a state lawmaker running for reelection, a political tracker had his camera blocked and was told by a staffer that ‘we don’t want anyone to be filming.'”

Watch what happened this weekend at a Luria event.

What is it they say about vampires not being able to be photographed? Perhaps that’s also true of vampires who suck away our freedoms.

We’ve got Part One and Part Two of John Zmirak’s stunning new series on January 6, called “Three January 6 Red Pills for Your Friends and Family.

In Part One: John shows how you can determine who is politician really is by their reaction to January 6.

In Part Two: He explains that “Joe Biden is running a gulag in Washington, DC and your Republican representatives don’t care enough to complain.”

Mike Huckabee also has January 6 on his mind. He asks, “Why Weren’t Ringleaders in the Capitol Hill Breach Arrested?”

Al Perrotta is the Managing Editor of The Stream, chief barista for The Morning Brew and co-author, with John Zmirak, of The Politically Incorrect Guide to Immigration. The single “A Father’s Love (Joseph’s Song)” was released Thursday in honor of the 20th anniversary of his original musical “Bethlehem.” You can follow him at @StreamingAl at Gab, Parler, MeWe and now GETTR.