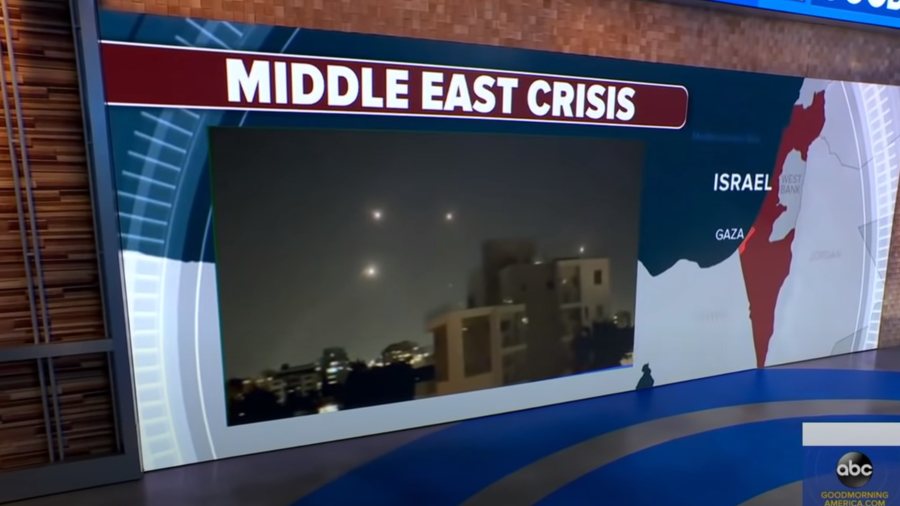 Once again Israel is suffering through the red glare, and sometimes bursting bombs, of Palestinian rockets. These are the worst attacks on Israel in years.

The violence started last Friday, the final Muslim day of worship before Ramadan ends this week. Tens of thousands of Muslims gathered at al-Aqsa Mosque, on top of the Temple Mount. Allegedly angered by Israeli plans to annex an East Jerusalem neighborhood, they began throwing things at Israeli police. The police then used stun grenades and rubber bullets. This gave the al-Quds Brigades and Izz al-Din Qassam Brigades all the excuse they needed to start launching missiles. (AQB is Palestinian Islamic Jihad’s military, IDQB that of Hamas central.) The Israeli Defense Forces have responded with air strikes into Gaza.

Why is all this happening now? The proximate causes are outlined above. Yet there is a grand strategy behind this ramped-up Palestinian violence. Iran’s.

Ever since the Islamic Revolution in 1979, the ayatollahate has worked against Israel, favoring the other side in Gaza and the West Bank.

So far Joe Biden has brought back the worst of the 1970s: Palestinian attacks, an aggressive Iran, gas lines, an inept Democratic President.

Why Iran Supports the Palestinians — Tactically

But why? Iran is almost entirely Twelver Shi`i while most Palestinians are Sunni (and about 20% are Christian). And Iran, at least in its Muslim form, has never ruled the Levant. (Although Zoroastrian Persia did.) Yet decades ago the leader of the revolution, Khomeini, declared the last Friday (May 7, last week) in Ramadan “al-Quds Day.” Al-Quds is the Arabic and Persian name for Jerusalem.

Iran also supported the PLO, in no small measure because the Shah had allied with Israel. Khomeini did, however, press Yasser Arafat to make his movement Muslim, not nationalist. Under Khamenei’s leadership since 1989, the Palestinian cause has been deemed “the foremost issue of the Islamic world.” After Hamas came to power in Gaza in 2006, Tehran supported it. This included both money and weapons.

There was a brief break in relations a few years ago, however. Iran supports Bashar al-Assad, while the Palestinian Sunnis his Syrian enemies. But the ayatollahs and Gazan Palestinians buried the hatchet. Iran much prefers Hamas and its overtly Muslim ilk to the more nationalist, less jihadist, West Bank Palestinian technocrats. Iran sends Hamas around $150 million per year, and PIJ about the same. It also arms those Palestinian groups with missiles, as well as technology to make their own.

Why Iran Supports the Palestinians — Strategically

Through this support, the Islamic Republic of Iran ticks several strategic boxes. How? First, by burnishing its Islamic anti-Western credentials. Primarily by opposing the Great and Little Satan. The US and Israel, that is. Tehran also contrasts its loyalty to the Palestinians with Saudi Arabia’s abandonment. And the clerical regime’s lethal assistance puts what Turkey does for them to shame. This gives Iran the propaganda edge over its main Muslim rivals. Finally, the ayatollahs can act out their Islamic anti-Jewish beliefs. This latter is a strong strain in both Sunnism and Shi`ism. So it gives the Shi`i regime a mode of ecumenical outreach to Palestinian Sunnis.

Why Hamas and Islamic Jihad Are Attacking Now

That’s why Iran funds Palestinian jihadists. But why are they using those missile stores now? Yes, Quds Day and Ramadan and Israeli slights (real or perceived) matter. Overriding all of them, however, is Palestinian and Iranian emboldenment by the Biden Administration.

Trump largely ignored the Palestinians for four years. Although he did try to include them in a comprehensive Israeli-Palestinian peace plan. And of course Trump dropped the “Iran deal” (the Joint Comprehensive Plan of Action). Why trust the world’s foremost state sponsor of terror, as well as a regime that follows a faith which celebrates lying? Trump’s approach got results, as he tripled the number of Arab countries at peace with Israel.

But Biden has resurrected the ineffective Obama policies. He has resumed funding the various Palestinian groups. And he plans on restoring the Iran deal as soon as possible — Iran’s actions notwithstanding. So why would Hamas, PIJ and their Iranian patron not do as they please? Look at the number of rocket attacks over time. In Obama’s second term, there were 118. In Trump’s term, only 50. So far the Biden Administration is on pace to see 144 such strikes against Israel.

Domestically, Republicans are now the Israel Party, Democrats the Palestinian one. A huge reason is that Democrats in the last decade have gotten drunk on Marxism. And the “Jihad Squad” led by Ilhan Omar (D-MN), Rashida Tlaib (D-MI) and Alexandria Ocasio-Cortez (D-NY) now push pro-Palestinian positions. Omar yesterday accused Israel of “terrorism,” and Senator Ted Cruz (R-TX) then branded her as “press secretary for Hamas.” Many Republicans support Israel for theological reasons. This of course only makes the Left want to reject both all the more. Democrats, for their part, believe that all Muslims are victims. Especially Palestinians.

So far Joe Biden has brought back the worst of the 1970s: Palestinian attacks, an aggressive Iran, gas lines, an inept Democratic President. But without any of the positives, like Wings. At the rate he’s going, Joe Biden will soon have every record player in America playing disco. But it probably won’t be “Love Train.” More likely “Disco Inferno.”