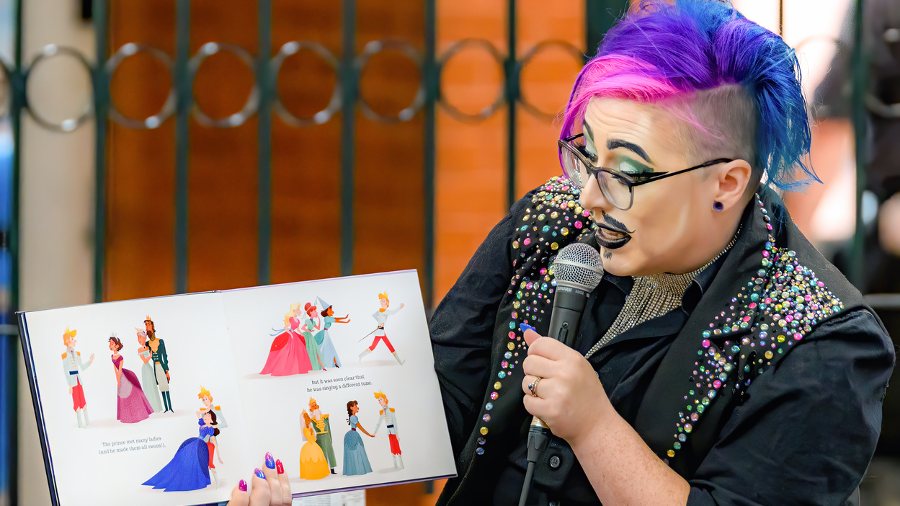 I had hoped I would not live to see the day when pedophilia was normalized in America. I had hoped the taboo would always hold. But, given my knowledge of philosophy and worldviews, I had predicted this sad day for several years. Now it has happened.

Apart from national repentance and religious revival, pedophilia (which has been renamed, of course) will not only be tolerated, but will be accepted and even celebrated. Those who condemn it as child abuse will be castigated as bigoted, prejudiced, judgmental, and anti-sexual freedom in the same way that defenders of traditional marriage and biblical sexual ethics are derogated.

The evidence is building that pedophilia is hurtling toward acceptance. Instances are not yet plentiful, but the grim philosophy that undergirds and sponsors pedophilia is seemingly unstoppable.

The Gateway is Open

The gateway of late to pedophilia is drag queens. For several years, state schools have featured “drag queen story hour.” A gay nightclub in Dallas, Texas, recently put on a “Drag Your Kids to Pride” show during LGBTQ+ Month. Young children brought by morally diseased parents witnessed lewd transvestite routines, were enticed to dance with them, and even put money into their clothes.

There is no “freedom of expression” in the First Amendment to the Constitution, but rather the freedom of religion, speech, press, assembly, and petition.

Drag queens are not demur and retiring waifs, but rather exhibit a souped-up female sexuality in order to compensate for their sex of birth. It is grotesque and perverse in the extreme and entirely out of God’s will: “A woman must not wear men’s clothing, nor a man wear women’s clothing, for the Lord your God detests anyone who does this.” (Deuteronomy 22:5)

The Mind Boggles, The Stomach Turns

Speaker of the House Nancy Pelosi appeared on the television program, Drag Race, hosted by long-time cross-dresser and transvestite activist, RuPaul. Children were not directly involved, but Pelosi put the full weight of American idealism behind cross-dressing and drag queens, saying, “My honor to be here, to say to all of you how proud we are of you. Thank you for the joy and beauty you bring to the world. Your freedom of expression of yourselves in drag is what America is all about.”

The mind boggles as the stomach turns. Not long ago, being present at such a debacle could ruin one’s career or land you in jail. But Speaker Pelosi did more than attend. She gave a benediction, saying that their “freedom of expression” was “what America is all about.” Somehow, I don’t think Thomas Jefferson, George Washington, or Alexander Hamilton had drag queens in mind (if they ever had them in mind) when they conceived of America.

Moreover, there is no “freedom of expression” in the First Amendment to the Constitution, but rather the freedom of religion, speech, press, assembly, and petition. Freedom without a grounding in moral authority and personal virtue descends into libertinism and licentiousness, which is exactly what we find today.

The sin of pedophilia goes back to the entry of sin into God’s good world at the fall. Our first parents spurned God’s authority, listened to the deceiver and put themselves above God, wanting to know good and evil apart from God’s law and wisdom. (Genesis 3)

This has played out in history ever since, taking different shapes at different times. God’s design and demand for sexuality and family was from the beginning the covenant of conjugal marriage. (Genesis 2) So sacred is this institution that in Ephesians 5:21-33, the apostle Paul roots it in the relationship of Jesus Christ (the bride) and his church (the bridegroom).

But sin disorders body and soul. Sexuality sank into corruption as a result. Sin did not bring sex into the world, but the world bears the mark of sinful sexual practices. Out of the fall comes every sexual deviation from God’s plan for sexuality and family. Leviticus 18, Romans 1:18-32, and 1 Corinthians 6:9-11 list many of them. Those who abandon “natural affection” (Romans 1:31) fail to control their sexual urges. They let their lusts alight on forbidden activities, such as fornication, adultery, same-sex practices, and more. They allow “the lust of the flesh” to run wild. (1 John 2:16)

Although pedophilia is not directly mentioned in the Bible, it is included in the ban against unmarried sex and against rape (Deuteronomy 22:25) because having sex with a minor is a form of rape. The law recognizes this as “statutory rape” (for now).

But how can we have come to the point where the taboo against pedophilia is eroding? It is a long story, but the broad strokes are easily identified. I’ll return soon to discuss them.