The Left Invents Another Excuse to Hate the Right 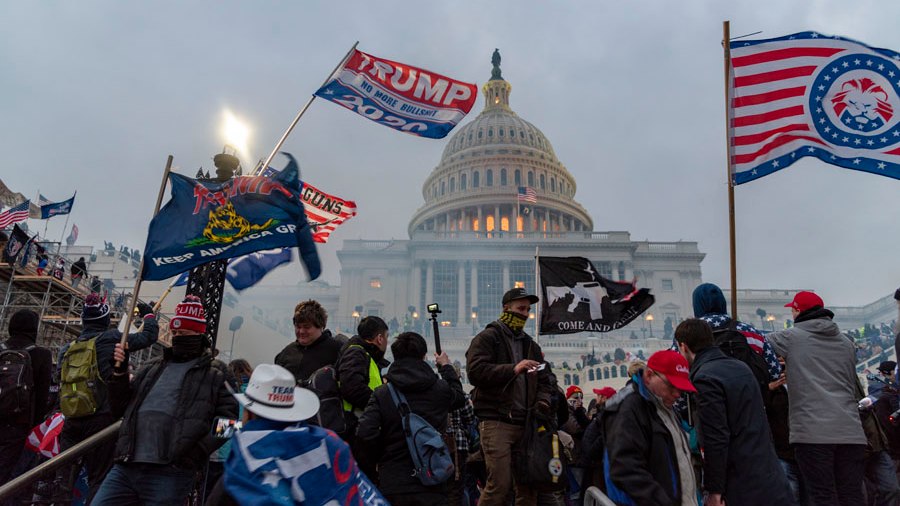 The Capitol breach of January 6th provided the citizens of the United States of America another wonderful opportunity to despise each other.

It provided the left with the perfect excuse to engage in its favorite activity: a prolonged tirade against the right in general and Donald Trump in particular. Our new batch of politicians and the Mainstream Media couldn’t be happier.

In clearly what is an attempt to ramp up for the upcoming impeachment trial, a recent Bloomberg article alleges that Trump has money ties to the terrorists that stormed the Capitol.

People on our side, however, insist that Antifa and BLM members infiltrated the event and actually started the violence in what would have otherwise been a perfectly, peaceful event. Curiously, some of the photographic evidence of Antifa members at the Capitol riot I found the week of January 6th, have since mysteriously vanished from the internet.

Still others think this was an inside job, or government set up, as there is also video footage of the Capital Police moving barricades to allow the rioters in. Why else would they do that?

Regardless of which side you’re on, let’s examine this reasonably, shall we?

If “Orange Man” hatched or encouraged this plot, what possible motive could he have had? What was his goal, what did he hope to gain or takeaway from this rash course of action? Was it to scare the senators into voting to change the official election votes? Hold a knife against their throats and get them to vote against their conscience?

Sorry, they don’t have a conscience, I meant: “against their will.” Or, maybe, hold the Capitol for ransom until Biden stepped down and Trump was re-instated?

All of these seem highly unlikely. They are not the sort of calculated risks a well-trained businessman would take: no upside, and plenty of negative fallout if you fail. So then, who does benefit from this action?

Despite the delay the riots caused, the vote still took place and Trump lost. Benefit: Democrats.

This action has led to a second impeachment. If they are able to find him guilty this time, he will be successfully prevented from running in 2024. Benefit: Democrats.

It has given Biden an excuse to militarize D.C. Just the type of thing a dictatorial thug, who just stole an election through voter fraud, would do to keep the people from engaging in a real riot, designed to yank the imposter out of office. Benefit: Democrats.

It provided the excuse censors of free speech needed to go after right-wing pundits by labeling them as traitors and supporters of insurrection. Benefit: Democrats.

It has allowed the Democrat apparatchiks to sanction hate and retribution upon any and all Trump supporters, since anyone who does is obviously a traitor as well. Benefit: Democrats.

I’m no policeman, but I watch a lot of cop shows on TV. According to those, motive is always an important element when investigating a crime. The five points above make it pretty clear who stood the most to gain from these sad and horrible events. Couple that fact with these:

Every previous Trump rally had been peaceful.

Nothing Trump said could be construed to inciting people to violence. It would take a ridiculous flight of pure fantasy to elevate it so.

Trump came out the day of the riots and told people to stop. It was Twitter that delayed his message from getting out.

There are still audio recordings that can be found in which the crowd is actually telling the breakers of the windows to stop. “That’s not what we do.” And, in an interesting twist, they start yelling, F*** Antifa!” Why would they do that if there were no Antifa people there?

All the violence over the last four years has come from the left, with no Democrat politicians making any attempt to condemn it. In fact, leaders like Nancy Pelosi condemned Trump’s efforts to stop it.

Motive, opportunity, and a clear pattern of behavior over the last four years make it pretty clear where the “insurrection” is coming from.

George Janek is a conservative thinker encamped in Northern California. His previous article for The Stream was A Message for Democrats.