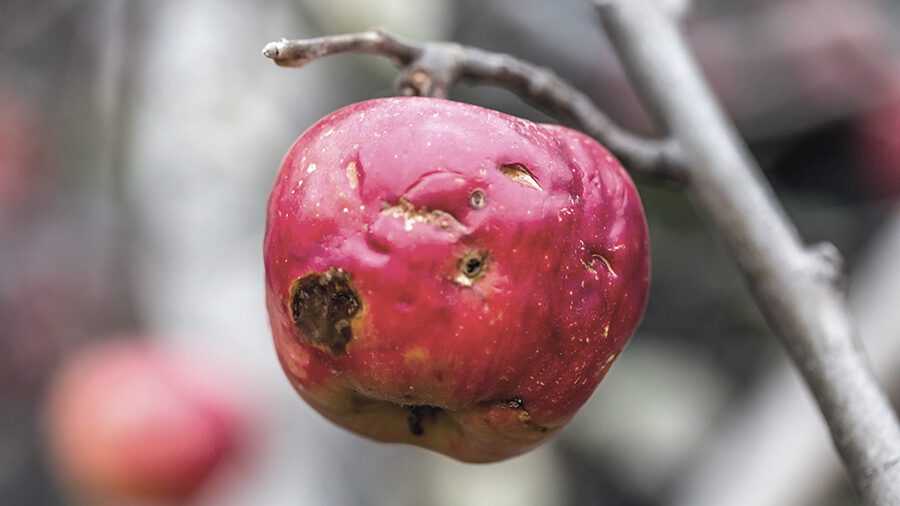 Followers of Christ have a mandate to expose wickedness, to sound alarms, and to do all we can to rescue the perishing. Sadly, too often this noble pursuit becomes compromised: The heart of the matter can become more important than the heart of people. When handled well, shining the light of truth on the nation’s darkness can bring positive results. When handled poorly, however, it can bring death.

Christians have a choice. We can live off the fruit of the tree of knowledge of good and evil, and be right about whatever battle we are fighting. Or, we can live from the tree of life, still advocating for truth, but from a heart of love and with a strong desire to bless others.

If our emotional health is dependent on  being right and others acknowledging that we are right, then we are eating fruit from the wrong tree. We may be right, but our tainted hearts infect the hearers with the same bitter fruit.

The Desire for Knowledge

Interestingly, Satan appealed to Eve’s desire for godliness (Genesis 3:4), but while it resulted in knowledge, it was devoid of life; a form of godliness, lacking  God’s power. Yes, Eve was pursuing godly knowledge, or so she thought. God knew better, though. He knew mankind would not know how to handle the information with humility, love and surrender.

So she and Adam were right to recognize their own nakedness was correct, but that was not the revelation that God wanted for them. They were suddenly ashamed, instead of free.

He wanted them to be childlike, but that had given up that capacity. When they ate of the tree, which provided accurate knowledge, they became servants to it.

This same poison has infected much of the church, and certainly most all of secular society. A desire for “rightness” has resulted in division, hatred, anger, blame and shame.

Much of the venom from Christians today is a result of their strong opinions about the election. Sadly, too few know how to stand for truth while being life-giving in the process. They raise their heads and their fangs come out when they run across anyone who isn’t in perfect alignment with their perspective. Their goal is to shame their opponent with their facts instead of honoring them as children of God.

I’m dismayed by Christians who refuse to pray for President Biden, Alexandria Ocasio-Cortez, Nancy Pelosi, Kamala Harris or other Democrats; who only seek to call them out instead, to ridicule them, to shame and to blame them. The fruit they are eating results in their being unable to see them as people deeply loved by God. They see a threat to their view of righteous politics, and they only want to snipe.

I am sure that those who have stood with Donald Trump do it to support truth. I affirm their determination to expose darkness and fraud and corruption. Unfortunately, few have discovered how to do so without blaming and accusing, or to do it with a heart of love. The tree of the knowledge of good and evil is the quickest route to gathering facts and winning debates while losing the heart of God in the process.

There is a difference between being driven by truth and being driven by mere facts. The truth sets people free while facts have the power to imprison. Jesus told us the truth must be written on our hearts, not just our minds.

In this world of blinded eyes, dull ears and hardened hearts, the life of God isn’t imparted through dry formulas, context-free facts and data delivered without love, but rather through dynamic, life-giving relationships. We can and should deal directly with problematic issues, but we must deal with people in a life-giving, honoring manner, especially brothers and sisters in Christ.

I feel impressed to invite many of you who are reading this to consider repenting for the way you have responded to Joe Biden’s election to President of the United States. Then, pray a heartfelt prayer for him, his family, his vice president and the rest of the liberal left. Don’t pray a haughty prayer of rebuke. Don’t stop short with praying only for his salvation. Don’t pray manipulatively (God won’t hear you). Pray something like this instead:

Father, I thank you for the next four years in our nation. I trust you to be the Lord and leader as we see your Kingdom advanced in unprecedented fashion. I ask that you would powerfully and mightily bless President Joe Biden (as well as Vice President Kamala Harris and the rest of their team). I ask that you would visit the president, speak to him and draw him close to you. Give him great wisdom to lead our nation. Touch his heart with your fiery love and transform him more and more each day. I pray that the more he sees you, the more his leadership would be modeled after the life of Jesus. I’m believing we will see this manifest in the years to come. I thank you for his life, and I honor him as your established leader for this time.