‘The King is Dead, Long Live the Queen!’ Dave Chappelle Challenges the Puppetmasters of the LGBT Movement 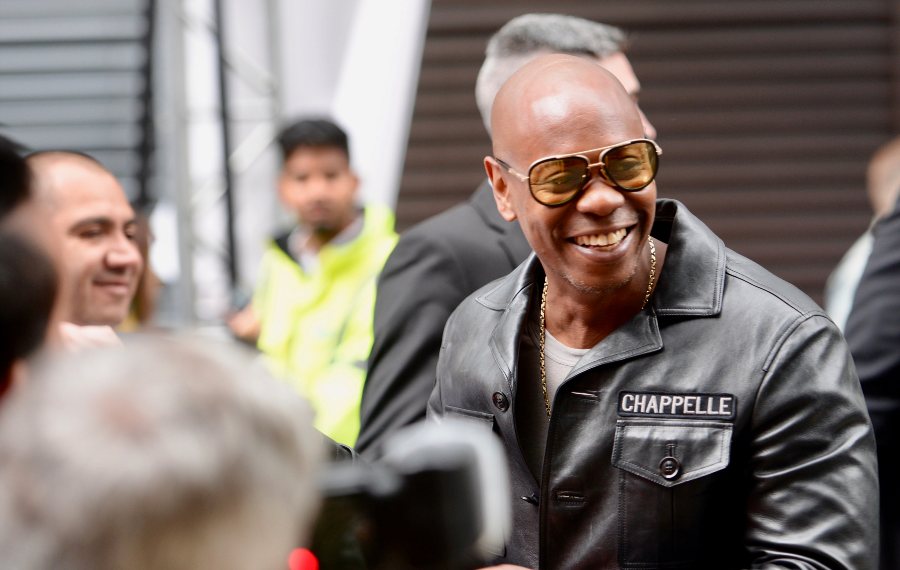 The role of the jester is to challenge the king, and to speak uncomfortable truths to him that no one else dares to say.

But to do that, you first have to know who the king is. And when I watched Dave Chappelle’s 2019 special “Sticks & Stones,” I thought he’d done something absolutely brilliant: He’d become the first comedian to recognize that there was a new king.

See, at the time most comedians pointed all their jabs at the long-dead kings of the past. The white racialists, like Planned Parenthood founder Margaret Sanger, who dominated the American and European intelligentsia in the early 20th Century. The cynics who promoted a shallow veneer of “patriarchy” and “patriotism” in post-war America, and used the very real threat of Communism as a foil for empowering thoughtless corporatists and power-hungry politicians, while suppressing artists and innovators.

That’s why so much of today’s standup aims at the easy targets: The white southern conservative, the Trump supporter, or the devoutly Christian middle-American. Because those modern tropes — while their real-world embodiments are in fact relatively powerless today — serve as vague personifications of the archetypal powerbroker of the past.

Dave Chappelle is more than a comedian. He’s also a teacher.

Instead, Chappelle called out the current king: Leaders of causes like the LGBT movement. He had the insight of a true jester, and recognized the “alphabet people” for what they really were: not marginalized upstarts just vying for the right to live out their eccentricities, but calculating executives and political moguls trying to use a sympathetic cause to further empower an already-powerful elite.

“The king is dead, long live the king!” That’s what I told my friends after watching the 2019 special. I thought I was being pretty clever.

Chappelle Pulled the Mask Off

But then came this year’s special “The Closer,” which made me realize Chapelle’s insight and instinct as a jester go even deeper than I thought.

Chappelle brought up DaBaby early in his set. The rapper got into hot water shortly before Chappelle was slated to record the special. Specifically, DaBaby was being “cancelled” for committing an unthinkable crime: he made “homophobic” remarks during a recent show tour.

Chappelle used DaBaby’s plight to hammer home just how unmistakably the LGBT movement rules over America today. You see DaBaby once “killed a n***a” at a WalMart, Chappelle said, and “nothing bad happened to his career. Do you see where I’m going with this? In our country, you can shoot and kill a n***a, but you better not hurt a gay person’s feelings.”

And here’s where Chappelle pulled the mask off the king. “Is it possible for a gay person to be racist?” He asked. And then the feint: “Of course it is. Look at Mike Pence.”

Now does Chappelle really believe former Vice President Mike Pence is gay? No, it’s a joke. But like every other syllable in Chappelle’s masterful set, the joke was meticulously planned — and it served a purpose.

I mentioned how too many comedians today use easy targets as the butt of their jokes. Chappelle knows that, so he served up a joke to fit the mold. But who was his real target? It’s as if he set up the easy, conventional target of a white-haired, midwestern conservative, and — in the split second before the joke landed — slipped in the true king: the LGBT mogul.

The puppetmasters of the LGBT movement have gone hard after Chappelle, accusing him of hating and fomenting violence against “transpersons.” That’s an unmistakable lie. In his set, Chappelle went out of his way to differentiate between the LGBT political machine and transgender individuals like his dear friend the late comedian Daphne Dorman.

In fact, he defended Dorman against the thoughtless cruelty of the LGBT movement — which tormented Dorman to the point of suicide for not fully conforming to the movement’s ever-changing marching orders.

But while it is a lie, the movement’s campaign to punish Chappelle does prove the truth of his assertion; that they are, in fact, the king. And that true bravery isn’t to be found among those who hide behind the king’s skirts, but among those who confront him and stand in solidarity with those of whom he says: “Off with their heads!”

Days after Netflix released “The Closer,” a group of pro-trans activists held a walk-out protest against Chappelle. They demanded that Netflix remove the special. More broadly, they made clear that dissenting voices like Chappelle’s should have no place at all in American public life.

A single counterprotester joined the crowd holding a sign that read simply: “We like Dave. Jokes are funny.” The activists assaulted the man, tore his sign off of the stick he’d attached it to, and then shouted “He’s got a weapon!”, pointing to the stick.

Shouting those words and pointing toward someone in a crowd with a police presence is, in my view, exactly what it looks like. If they wanted him dead, they wouldn’t have done anything differently.

Moments later, they also shoved up against the counterprotester. In a particularly striking visual from someone’s camera phone, you can see a small woman with a crew cut cornering the guy — a stocky young man who stood well over 6 feet — while several of her friends hem him in with shouts and noisemakers.

This is not the behavior of an endangered minority pushing fearfully back against some powerful representative of “systemic” white power. These protesters — all of them white, from what I could see — are the systemic power.

They’re aristocrats — courtiers to the king. You can see it in their cocksure actions, which you can tell they feel confident will bring no negative consequences back on themselves.

(Can you imagine if the roles were reversed? No one, however “transphobic,” would forcibly tear an LGBT sign from a protester, then shove and scream at him or her. The consequences would be ruinous for the aggressor, and we all know it.)

“Off With His Head”

And it wasn’t just this one protest. All the centers of cultural and political power have spoken in unison in response to Chappelle’s special: “Off with his head.” And again, it obviously isn’t individual, vulnerable trans people who have the power to marshal the global media against black artists. No, it’s just the king and his henchmen.

And as I’ve watched the reactions to Chappelle, I’ve been struck by one central fact. The worst of the attacks come from … whites.

One white man identifying as a woman published a column saying he’s taking away Chappelle’s “black card.” Another — the white producer of the Netflix film Dear White People — called Chappelle “dangerous.” GLAAD — a massive political firm headed by a white Episcopalian from Staten Island — accused him of “inciting hate and violence” — literally a potential criminal charge.

The trans movement, you see, is really a white movement. And its henchmen, as Chappelle put it, “are minorities until they need to be white again.” And: “I have never had a problem with transgender people. If you listen to what I’m saying clearly, my problem has always been with white people.”

A Lesson For the World to Learn

Dave Chappelle is more than a comedian. He’s also a teacher. I truly learned something from Dave Chappelle’s “The Closer.”

That’s a lesson that I hope the whole world learns. In fact, far from being “cancelled” along with DaBaby, I think Chappelle’s special should be memorized by 8th graders all over America, and immigrants should learn key passages along with the Pledge of Allegiance in order to become citizens.

“The king is dead, long live the queen!”

Ways to Fight Back Against the Radical Left