The Joker Got Pregnant. Is Anyone Surprised? 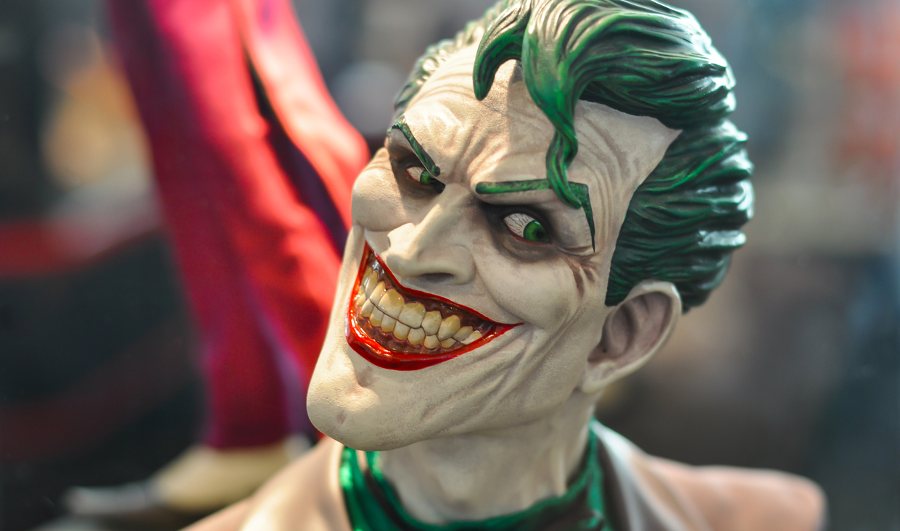 In 2011, when I first wrote about “mutant” being a codeword for “gay” in the X-Men movie series, I was ridiculed on some LGBT websites for being late to the party. To paraphrase their words, “You’re just realizing this now? The comic books have been pushing this message for years already.”

That’s why it was no surprise to see that, in a recent DC Comics story line, the Joker, the arch-nemesis of Batman, got pregnant and had a baby. But of course!

We’ve been familiar with “pregnant men” for years now, and semantic activists want to substitute “birthing persons” for “mothers.” Perhaps the only surprise is that it took this long for a male comic book character to get pregnant and have a baby. The larger agenda of pushing LGBTQ+ characters has been crystal clear for quite some time now, even to someone like me who is not a comic book reader or superhero aficionado.

The Message Was There Before. But Now It’s All in Our Heads?

Some, however, like Forbes, senior contributor Dani Di Placido, would say that people like me are overreacting, seeing a nefarious agenda when there is nothing to be seen at all.

Di Placido’s article is titled, “Right-Wing Culture Warriors Infuriated By ‘Pregnant Joker’ Comic Book,” and he writes, “The comic’s writer Matthew Rosenberg has said the story is his tribute to the Silver Age of comics, a period characterized by extremely silly plot twists and kid-friendly carnage, where anything can, and frequently does, happen.”

Are we to think that the artist(s) who drew the images of a pregnant Joker didn’t think for a moment about so-called pregnant men?

In the story, the Joker is impregnated by a magical curse after swallowing mud, which then results in his swollen (and pregnant) belly, followed by the Joker vomiting up a pile of mud, which reshapes to become a little clone of himself. But, we are assured, this has nothing to do with trans activism or the reality-bending idea that men can give birth.

Says Di Placido, “While the ‘pregnant Joker’ story was seen by some critics as a slightly desperate, ‘jumping the shark’ moment, the story infuriated right-wing culture warriors, who misinterpreted the goofy story as some kind of social justice-infused commentary on trans men giving birth.”

Less confrontationally, an article posted on MSN Entertainment noted that, “Readers may be tempted to think this is part of DC’s attempt to do some woke, LGBTQ-inclusive storytelling with The Joker being a transgender man undergoing a typical pregnancy, though it’s not quite that simple.”

To be sure, I cannot get into the mind of Matthew Rosenberg and his colleagues. But are we to believe that no one at DC Comics made the same connection these “right-wing culture warriors” made? Are we to think that the artist(s) who drew the images of a pregnant Joker didn’t think for a moment about so-called pregnant men?

Last August, I wrote, “In case you haven’t heard the news, Robin of ‘Batman and Robin’ fame has been outed as bisexual. And in case you were unsure if he was simply exploring his sexuality or had determined for sure that he was bi, DC Comics made it official: ‘Tim Drake [the third Robin in the series] dates boys.’ Robin now joins more than 65 other LGBTQ+ superheroes and villains — but be assured, no one has any agenda at all. Who would think such a thing?”

My article was titled, “Batman’s Robin Is Bi (But Nobody Has an Agenda).” No agenda at all!

Two months earlier, in a different context, I asked what we should think when “Marvel comics celebrates the 80th anniversary of Captain America by introducing a brand new superhero, Aaron Fischer, who is gay?”

Yes, this was timed for gay pride month as well, Fischer making his appearance on June 2. Also, for the record, there are already websites devoted to subjects like this: ‘Twenty-Five of my favorite lesbians and bisexual women in superhero comics. The characters cover the full range of heroes, anti-heroes, villains, and supporting cast.’ And should I point out that lots of kids read comic books?

Against this backdrop (remember, as just stated, that there are more than 65 LGBTQ+ superheroes and villains) is it any surprise that “right-wing culture warriors” spotted an agenda behind a pregnant male character?

We know that comic book writers do not live in an abstract world devoid of cultural and moral values. To the contrary, many of them are quite socially aware and use comics to convey a larger message. There’s nothing surprising about that at all, nor is this something hidden.

So, at the very least, the fact that so many of us immediately pointed to LGBTQ+ activism in connection with the pregnant Joker is quite reasonable.

What seems less reasonable to me is the idea that no one at DC Comics made this connection at all or there was not even a tacit wink or a knowing smile. Really?