The Islamic War on Christmas 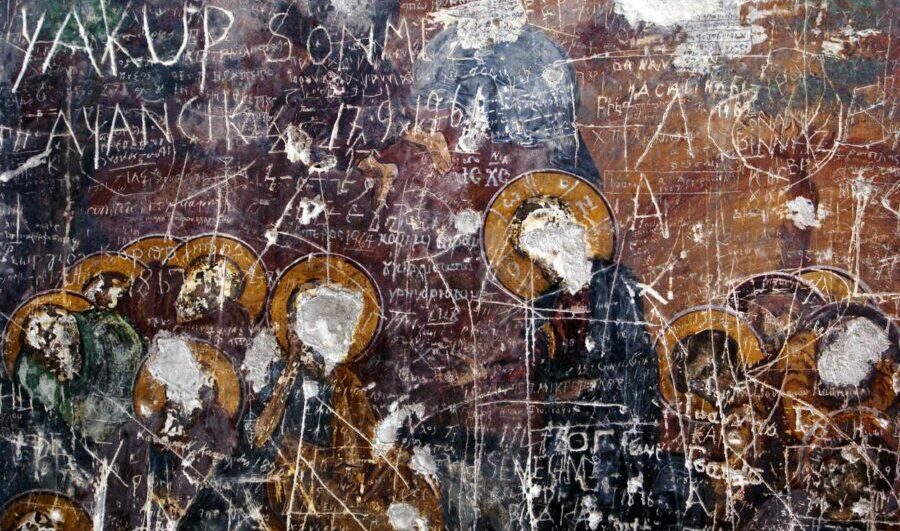 One of the most odious aspects of the so-called War on Christmas is Western appeasement of Muslim sensibilities.

Consider recent events in Sweden, where St. Lucia’s Day has been celebrated for centuries. According to Britannica:

St. Lucia’s Day [is a] festival of lights celebrated in Sweden, Norway, and the Swedish-speaking areas of Finland on December 13 in honour of St. Lucia (St. Lucy). … The festival begins with a procession led by the St. Lucia designee, who is followed by young girls dressed in white and wearing lighted wreaths on their heads and boys dressed in white pajama-like costume singing traditional songs. The festival marks the beginning of the Christmas season in Scandinavia, and it is meant to bring hope and light during the darkest time of the year.

Not anymore. At least one school in Sweden has compromised the celebration in order to appease its Muslim students. According to a Dec. 10, 2022 Swedish report (English translation here),

Do you expect Santas, caroler and gingerbread men in the Lucia parade? Not at St Mary’s School (Mariehemsskolan) in Umeå. There it has been decided that the 40 or so children aged 7 to 10 who will take part in the Lucia procession will do so without the traditional elements of a Lucia celebration. The reason for this is Muslim children who dropped out of last year’s celebration because their parents were uncomfortable with the connection between the celebration and Christmas … . The children will also not sing the traditional Lucia songs. The choir director says that many children have been excluded over the years because Swedish schools focused so much on the Lucia festival and it was “so incredibly traditionally Christian.”

Note how the choir director makes it seem that Muslim children were “excluded,” when in fact they, or rather their parents, were the ones who chose exclusion.

Opening the Door to Muslim Migration

Such is Islam’s ongoing “contribution” to Sweden. Since that Scandinavian nation opened its door to multiculturalism and migration — the overwhelming majority of which has been Muslim — violent crimes have increased by 300% and rapes by 1,472%. (These figures are based on a 2015 report; as Muslim migration has continued to soar over the last nearly eight years, these stats have likely gotten worse.)

Aside from bringing an exponential rise in mayhem, the growing Muslim population is, as this recent development attests, also slowly but surely erasing — “canceling” — Sweden’s indigenous culture and former Christian heritage. In this case, however, their success is entirely predicated on Sweden’s willing cooperation.

In New York City, beginning as far back as 2002, public schools were allowed to display the religious symbols of all religions — including the star and crescent of Islam — except for Christianity, with a particular emphasis on banning the Nativity scene.

It’s also worth noting that not a few of those Western people engaged in such self-suppression are self-identified “Christians” — including the pope himself.

What makes all this appeasement especially loathsome is that, of all non-Christians, it is precisely Muslims who, far from reciprocating such “sensitivity,” do the exact opposite. If anything, the Christmas season often heralds nothing but a rise in the persecution of Christian minorities throughout the Muslim world.

Muslim Hostility Toward Christians Around the World

During Christmas 2015, for example, I made it a point to closely follow instances of persecution for an article. A few examples follow:

Some might argue that most of these examples were the work of terrorists or other “extremists” — that true Muslims are welcoming of Christmas.

Au contraire. During that same Christmas, the authorities of several Muslim nations “cracked down” on Christmas celebrations.

Although the above examples come from just one year, 2015, every Christmas season, before and after, sees the same sort of persecution by Muslims. For example, whenever America’s great “friend and ally,” Saudi Arabia, suspects Christian laborers of “plotting to celebrate Christmas,” they are arrested and punished.

Christmas 2022 hasn’t even arrived and Islamic hostility is already brewing. A few days ago in France a Muslim man sawed down a Christmas tree that had been erected in and by the officials of Lormont. A few days before that in Italy, another Muslim man “terrorized everyone” in the town of Sora as they participated in a Christmas tree lighting celebration. Lest the “religious” — that is, Islamic — motivation be missed, both Muslim men hollered Islam’s ancient war cry — “Allahu Akbar!”

If this is how some Muslims react to the overt symbols of Christmas in Western nations, where Muslims are a minority, how might they react in the Muslim world itself? Well, in Tajikistan, a supposedly “secularized” Muslim nation that is seldom associated with “radicalism,” a Muslim man screaming “infidel!” stabbed another young man to death — simply because he was dressed as Santa Claus. In Jordan, police arrested a man for simply dressing as Santa Claus.

Such is the lamentable — if not downright disgusting — state of affairs. In the West, where Muslims are granted all sorts of concessions — beginning with the gift of migrating from the Third to the First World — Christmas is increasingly being stifled, lest it offend them. Meanwhile, in the Muslim world, the Christmas season sees only an uptick of the persecution of Christian “infidels.”

Although both are bad, the distinction (more fully discussed here) should not be missed: Christmas is under attack in the West, not because of Muslims, but because of homegrown Western elements who despise the Christian holiday and everything it represents. Rather than be honest, however, they use Muslims as pawns and pretexts.

That, by the way, is the case with everything Western people are told they must suppress — beginning with their religion — in the name of “inclusivity.” In the end, this exercise in self-suppression is not about accommodating minority groups but rather sabotaging Western civilization itself.