Two Americans were killed and three others injured in a Wednesday attack near Kabul. 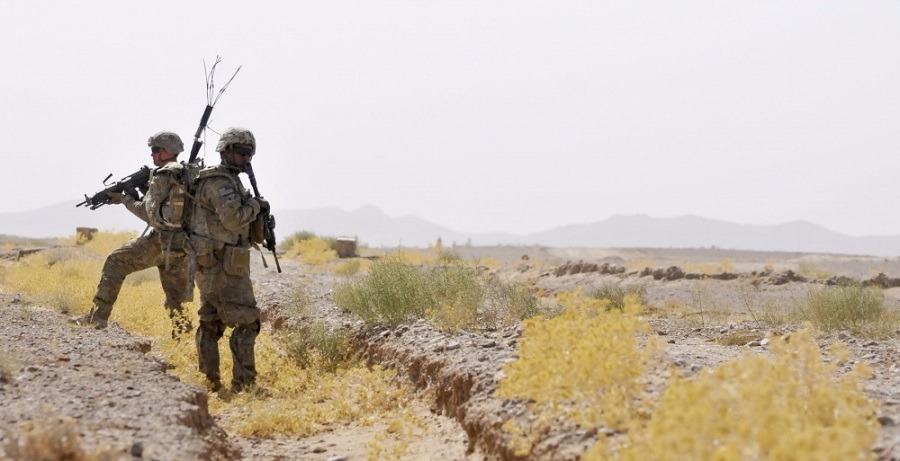 Two Americans were killed in Afghanistan on Wednesday. You wouldn’t have known it by watching 2016’s final presidential debate.

It saddens me to confess that I was not surprised by the conflict’s absence from the national discussion during this election cycle. It did shock me, however, that on a day when two more American families lost loved ones in Afghanistan, Wallace failed to ask the next commander-in-chief a question about the armed conflict he or she will inherit.

Next year, President Clinton or President Trump will sign condolence letters to America’s Gold Star families. While Wallace should have asked a question about the war, the candidates bear equal responsibility for ignoring it.

For those who might argue that other topics were more pressing at these three debates, I have a simple question. Which decision made by our our nation’s commander-in-chief is more serious than sending America’s best and bravest young people into harm’s way?

Most college seniors were in kindergarten when the war in Afghanistan was launched after the terrorist attacks of September 11, 2001. More than 2,300 U.S. service members have been killed there during the past 15 years, including eight in 2016. Thousands more have been wounded.

I have had the great privilege of meeting, interviewing and working with hundreds of Gold Star families and wounded Afghanistan and Iraq war veterans. I firmly believe that ignoring their sacrifices, as the candidates and moderator did on Wednesday night, dishonors our nation’s extraordinary military community.

According to a recent Harris poll, the military is viewed as one of our nation’s five most prestigious professions, which marks a welcome change from the Vietnam era. My profession, journalism, failed to crack the Top 20, while politicians rank even lower. Instead of obsessing over hundreds of polls released during presidential campaigns, politicians and journalists should spend some time reading this one before taking a long look in the mirror.

Much more importantly, another military family is getting the dreaded knock on the door following Wednesday’s tragic attack near Kabul. Somewhere in our great country, a wife, husband, son, daughter, brother, sister, mom or dad is being told that their beloved soldier, sailor, airman or Marine is returning from Afghanistan in a flag-draped casket.

What would Donald Trump or Hillary Clinton say to America’s newest Gold Star family as commander-in-chief? How long would the approximately 8,400 U.S. troops scheduled to be in Afghanistan when the next president takes office stay there during a Clinton or Trump presidency?

Even after three presidential debates, most voters will not know the answers to those crucial questions when they go to the polls on November 8th.  As Americans fortunate enough to sleep under a blanket of freedom, all of us must do a better job of honoring the valiant men and women who provide it.

Tom Sileo is co-author of Fire in My Eyes and Brothers Forever, and recipient of the Marine Corps Heritage Foundation’s 2016 General Oliver P. Smith Award for distinguished reporting. Follow him on Twitter.