A false story claiming Jews kidnapped and killed a 7-year-old Palestinian boy ignites the hate, including from Rep. Rashida Tlaib. 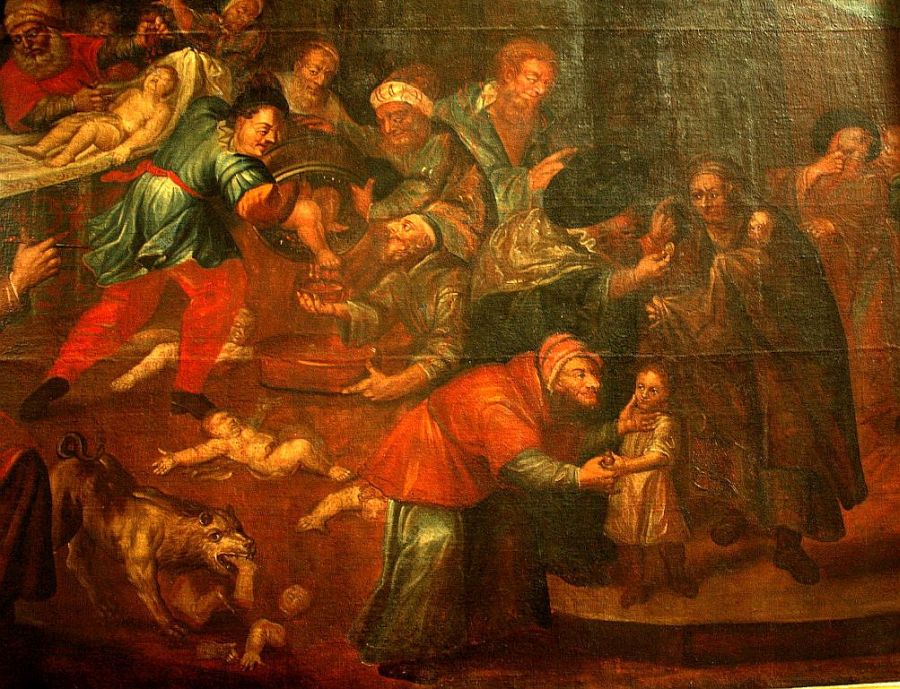 The blood libel is one of the most hateful and destructive lies launched against the Jewish people over the centuries. While it takes on many different forms, it boils down to the false accusation that the Jews would kidnap and kill a non-Jewish child (or adult), using the victim’s blood for some ritual purpose. In the last week, it has raised its ugly head once again.

According to the ADL, “The ‘blood libel’ refers to a centuries-old false allegation that Jews murder Christians — especially Christian children — to use their blood for ritual purposes, such as an ingredient in the baking of Passover matzah (unleavened bread). It is also sometimes called the “ritual murder charge.” The blood libel dates back to the Middle Ages and has persisted despite Jewish denials and official repudiations by the Catholic Church and many secular authorities. Blood libels have frequently led to mob violence and pogroms, and have occasionally led to the decimation of entire Jewish communities.”

I have documented this as well in my book Our Hands Are Stained with Blood: The Tragic Story of the Church and the Jewish People.

Muslims and the Blood Libel Slur

But the blood libel goes beyond “Christian” manifestations of antisemitism.

It reaches into the Muslim world as well, but with this variation: the victim is Muslim, not Christian, and there may be no accusation of the victim’s blood being used.

To be sure, Israelis are regularly accused of kidnapping Muslims, killing them, and selling their organs for profit.

According to the story, “A Belgian official’s remarks that Israel steals the organs of Palestinian children, whom it kills, have made headlines again after the news website which published them decided to stick to the story.

“Robrecht Vanderbeeken, the cultural secretary of Belgium’s ACOD trade union and a philosophy of science scholar, had made the comments back in August in a column published by Belgian website De Wereld Morgen.

“The population of the Gaza Strip is being ‘starved to death, poisoned, and children are kidnapped and murdered for their organs,’ he wrote then.”

And despite an outcry over the charge, “De Wereld Morgen . . . stuck to the assertion that Israel ‘kidnapped’ and ‘murdered’ Palestinian children and used organs belonging to the Palestinians its forces killed.”

He is among the most recent of many to make similar charges, charges which portray the Israelis as murderous organ harvesters, if not literal blood suckers.

A Tragic Accident Leads to a Terrible Lie

This past week, however, there was another variation of the “kidnap and murder” libel.

An eight-year-old Palestinian boy went missing, only to be found dead at the bottom of a flooded ditch near his house.

As reported by Haaretz (a leading leftwing Israeli publication that gladly criticizes its own people), the facts were tragic but straightforward.

“An eight-year-old boy from East Jerusalem was pronounced dead early Saturday morning after falling into a flooded ditch a day earlier.

“Rescue forces found Qusai Abd Abu Ramileh at the bottom of the pit after pumping out rainwater flooding it adjacent to a construction site near the eight-year-old boy’s house.”

Unfortunately, “Abu Ramileh’s relatives initially claimed that the boy was kidnapped, while providing the police video footage in which he is allegedly seen walking alongside an unidentified man. Later, Abu Ramileh’s father said that the boy seen in the footage is not his son.”

But the word was out, and this was all the fuel the Jew-haters needed. “Israeli settlers have kidnapped and killed a Palestinian child!”

British antisemite George Galloway tweeted to his 342 thousand followers, “This child, aged 7, has just been fished out of a well dead in #Jerusalem Murdered by illegal Israeli settlers. Will anyone in power cry with his mother and father today? Will anyone check this evil rampage against the people of #Palestine? Anyone?”

In the States, Congresswoman Rashida Tlaib retweeted Palestinian leader Hanan Ashrawi’s tweet, which in turn retweeted the tweet of @RealSeifBitar. (This also caught the attention of the Jerusalem Post.)

Subsequently, Dr. Ashrawi tweeted, “My apologies for retweeting something that’s not fully verified. It seems that the news of his being kidnapped is not certain.”

What an understated apology in light of the barbarous, unsubstantiated, and ultimately false accusation she so quickly retweeted.

As for Rep. Tlaib, as of this writing, I see no retraction or apology on her part. Easier to spread libels against the Jews than correct them. (“Claire Voltaire” on Twitter wrote, “Rashida takes a spot between Marwa, the Hezbollah mouthpiece, and Galloway, the Labour antisemite.”)

“Irrational, virulent antisemitic [sic] passes off bald-faced lie to ‘own the Jews.’

“The child drowned. There is no evidence that he was murdered and even less that an Israeli had anything to do with it.

Then, with a shout-out to Twitter CEO Jack Dorsey, he added:

“@jack: this gets Jews murdered.”

Claire Voltaire tweeted, “From the people who deny the Syrian genocide and Assad’s use of chemical weapons on his people, I bring you, blood libel against Jews is genocide.”

This was followed by a series of tweets from Seif Bitar, George Galloway, and Syrian Girl. They wrote, respectively: “These are NOT rumors. Unless you accept the false #Israeli narrative published by a far right #Zionist news paper owned by settlers are TRUE.” (I imagine that would include the far-left Haaretz?) And, “There are no words that can fully convey the evil of this story.” And, “The world is witnessing genocide.”

Now you see how antisemitism works.

Now you see how the lies spread and the myths are built.

Now you see why so many Jews throughout history have been slaughtered by angry “Christians” and Muslim crowds.

What will you do to stop it?