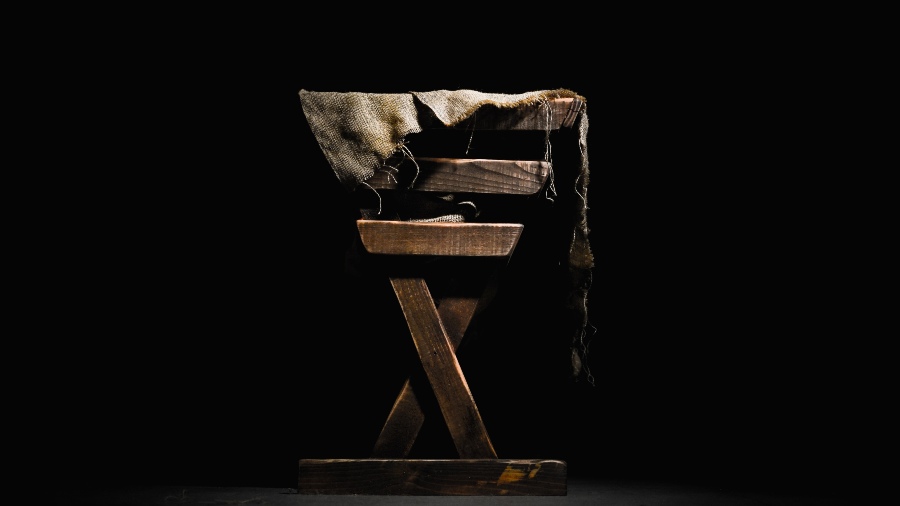 For the last 50 years, as a Jewish believer in Jesus, I have interacted with Jewish rabbis and scholars, all of whom have a major issue with the doctrine of the incarnation. “God is not a man,” they tell me, pointing to verses like Numbers 23:19 for support. “And,” they say, “it is the height of idolatry to make a man into God.” Yet it is this central truth, namely, that the Lord entered our world as a fully human child, that tells us the most important thing we need to know about our Creator: He has not left us alone. Instead, He has come right into our world to suffer with us and for us. He has come to redeem us.

These rabbis and Jewish leaders are right, of course, to emphasize that God is not a man. He certainly is not.

But can the infinite and eternal God visit us in human form while remaining fully God, sitting enthroned in heaven and filling the universe with His presence? Of course he can.

He will enter into our filthy, polluted, often ugly and vicious world.

And these Jewish thinkers are right in saying that it is the height of idolatry to make a man into a God. But it is quite another thing if the one and only God decided to make Himself known through a man. That is exactly what happened in the person of Jesus-Yeshua, and as we worship Him, we worship God.

As John 1:18 explains, “No one has ever seen God, but the one and only Son, who is himself God and is in closest relationship with the Father, has made him known.”

The Birth of a Child: Immanuel

Interestingly, the verse in the Bible considered by many biblical commentators to be the single most controversial passage is Isaiah 7:14. This speaks of the birth of a child who will be called Immanuel, the name meaning, “God is with us” (or, “God with us”). And it is this passage which is quoted in Matthew 1:23 as finding its fulfillment in the virgin birth of Jesus. He is the ultimate expression of God being with us. He alone is fully and completely “Immanuel.”

But why do I say that it is the fact of the incarnation — of the Word becoming flesh and tabernacling among us, to use the language of John 1:14 — that is the most important thing I need to know about God?

If I say I believe in God, generally speaking, I mean that I believe in an all-powerful being who always existed and who created the universe. That much is a given — again, speaking generally about the one and only God (as opposed to having a belief in many, lesser, competing deities).

He can do anything. He is everywhere. And He knows everything.

But does He care? Can He really be touched with our pain? And will He actually do anything to relieve that pain and to deliver us from our sins and failings? Or is He as distant as He is powerful, as unattached to our lives as He is eternal?

A Proclamation of God’s Love

The incarnation says it all. It says that He cares enough to join us in our world through the person of His Son. It says that He will get into the dirt and mud and grime with us. That He will enter into our filthy, polluted, often ugly and vicious world. And that He will not stop until He lays down His life on our behalf. He will actually die for our sins.

The psalmist asked, “Who is like the LORD our God, the One who sits enthroned on high, who stoops down to look on the heavens and the earth?” (Psalms 113:5-6).

Yet in the person of Jesus, He has not only “stooped down” to see what is happening in the world that He made. Instead, He has literally come down into our world, entering through the womb of a young virgin, living among us for 33 years, then dying in our place, rising from the dead, and ascending back to His heavenly home.

And so, the incarnation is shouting to us: God cares! God acts! God draws near! And to this day, by His Spirit, He lives among us.

Through the incarnation, the Lord was proclaiming His love to us.

And today, 2,000 years later, when we find ourselves in difficult and trying times, that love is just as real and the message is just as true. And although He is no longer physically present with us, He is spiritually present just the same. As He said to His disciples, “I will not leave you as orphans; I will come to you” (John 14:22).

He has done this in the person of His Spirit, who takes what Jesus did for us in this world and makes it real in our lives. He is still “Immanuel.”

So, whatever you are going through today (or any day, at any time in your life), just look to Jesus and remember: He is Immanuel, “God is with us.” And He is saying, “God cares.”

In fact, He is the living proof.