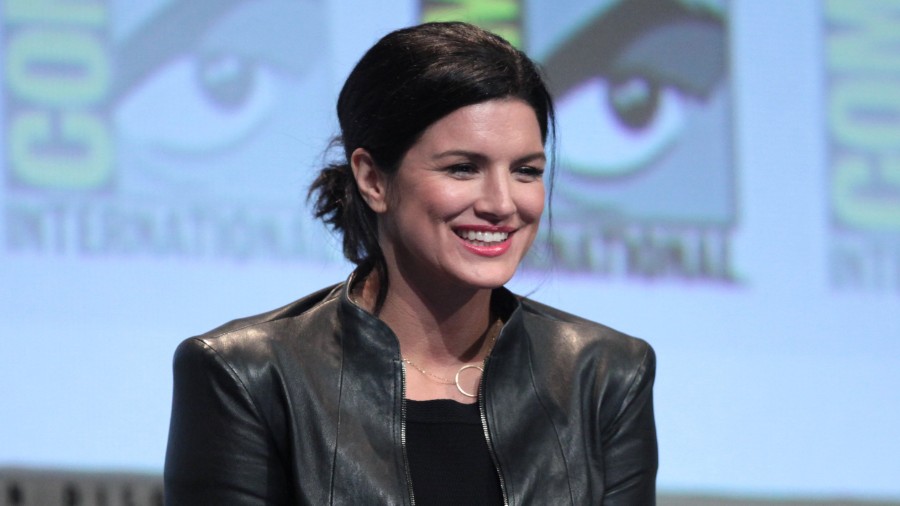 The reaction was as sweeping as it was swift. In a moment of time, TV and movie star Gina Carano was fired by Disney from her role on The Mandalorian and dropped by her talent agency. What did she to do deserve such harsh treatment? In a social media post, she compared societal hatred in America today because of one’s political views with societal hatred of the Jews in Nazi Germany before the Nazis implemented their maniacal extermination plan. For that, she was cancelled.

This is what Carano posted: “Jews were beaten in the streets, not by Nazi soldiers but by their neighbors…even by children.”

She continued: “Because history is edited, most people today don’t realize that to get to the point where Nazi soldiers could easily round up thousands of Jews, the government first made their own neighbors hate them simply for being Jews. How is that any different from hating someone for their political views?”

A Valid Point, Albeit Exaggerated to an Extent

Was her point exaggerated? To an extent, it certainly was.

Are Christian conservatives (and others who are not PC) being beaten in the streets the way Jews were in Nazi Germany? Absolutely, categorically not.

But was there merit to her overall point? Yes, there was.

She was saying, “Learn a lesson from history! It is dangerous and potentially deadly to demonize and marginalize a sector of society, branding them pariahs that are not fit to live, simply based on their ideology or belief or religion or ethnicity.”

The fact is that the more you demonize one particular part of the population, the more you open the door for violent acts to be committed against them.

What is so outrageous about making this point?

At most, she could have been lectured about being more careful in her comparisons, lest the unspeakable magnitude of the Holocaust be minimized. And she could have apologized for any misunderstanding and stood by the overall point she was making.

But to be fired and dropped in a matter of hours reflects something terribly wrong with our culture — and it was the very thing against which she was warning.

The fact is that the more you demonize one particular part of the population, the more you open the door for violent acts to be committed against them.

That’s one reason I have tracked the marginalization and demonization of Christian conservatives for more than 15 years.

We are commonly likened to ISIS (and before that, to the Taliban and Al Qaeda). We are branded Nazis and members of the KKK. We are told that the blood of gay teens is on our hands. Placards and signs call for us to be thrown to the lions.

Should not attention be called to this? Is this not a potentially dangerous trend?

As a Jewish follower of Jesus who has written about the horrors of the Holocaust, I am not suggesting that Christians (or, more broadly, political conservatives) are about to be shipped off in cattle cars to death camps. Not at all.

But I am saying that I understand the point Carano was making, and under no circumstances did it merit her firing.

Carano Has Refused to be Woke for a While Now

Why, then, was the action against her so swift? Why was the outcry so great?

It’s obviously because Carano herself is a political conservative and, perish the thought, a strong supporter of Donald Trump. Rid the earth of such a one!

In a previous post, she had challenged the wisdom of the COVID mask mandate. These days, that is a line that cannot be crossed.

She had referred to some — I repeat, some — BLM activists as cowards and bullies, but clearly qualifying those of whom she spoke. That, too, crossed a forbidden line.

And she had refused to list her preferred gender pronouns on her social media accounts, because of which she was slammed in the ugliest terms. You do not cross the trans-line these days without serious consequences.

In response, she posted, “I don’t think trans people would like all of you trying to force a woman to put something in her bio through harassment & name calling EVERYDAY for MONTHS. Such as ‘Racist’ Transphobe’ ‘B****’ ‘Weirdo’ ‘ I hope you die’ ‘I hope you lose your career’ ‘your fat, you’re ugly’.”

It would appear, then, that Carano’s firing was the result of her refusing to be PC for many months now. And once the public outcry rose over the Holocaust-related tweets, she was out.

Her Posts Don’t Do What Lucasfilms Says They Do

In an attempt to justify their actions, Lucasfilm stated that “her social media posts denigrating people based on their cultural and religious identities are abhorrent and unacceptable.”

But where did she actually do that? To what posts were they referring? And how did her most recent tweets cross that line? Simply stated, they did not.

Ironically, there was no outcry in 2018 when Pedro Pascal, who plays the lead role in The Mandalorian, tweeted an image of Jews behind barbed wires in Germany, 1944, over an image of children in cages in America. The caption read: #ThisisAmerica.

For many reasons, this was a much more unfair comparison than the one Carano was making, yet Pascal was neither censored nor fired. Worse still was the fact that the picture Pascal used of the caged children was apparently shot in 2010. And it was not even a picture from America. Instead, it was the photograph of children in a Palestinian soup kitchen.

But no matter. Carano’s firing has little to do with concern about the legacy of the Holocaust or the past suffering of the Jewish people.

Instead, it has everything to do with poking the bear of political correctness, and her firing illustrated the very point she was making.

It reminds me of the picture I once saw depicting angry Islamic extremists. They were shouting, “How dare you call us terrorists! We will kill you!”

In Carano’s case, it was more like this: “How dare you accuse us of marginalizing and cancelling and demonizing people. For that, you are marginalized and cancelled and demonized!”