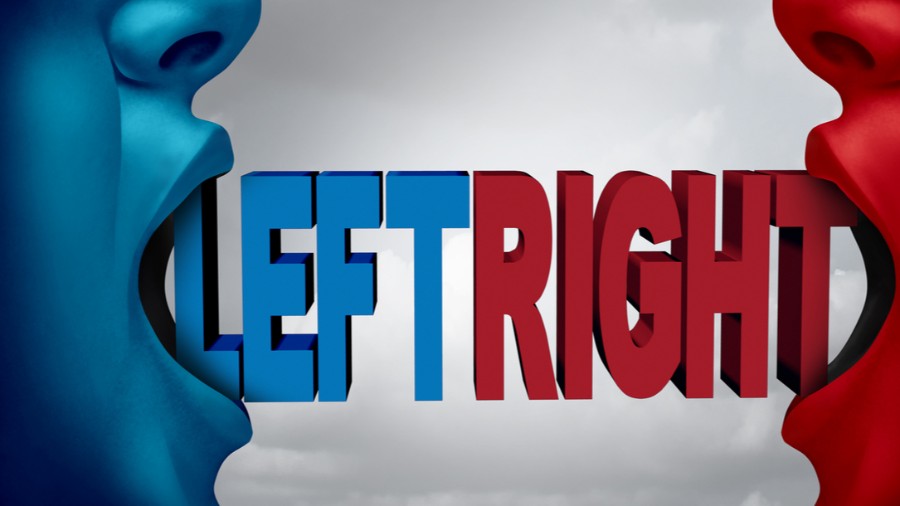 If you listen to the left, you would think that conservative Americans are primarily White racists who want to preserve a White America. These White nationalists, frightened by foreign immigration and terrified by the rising prominence of Black Americans, have aligned themselves with Donald Trump in order to “make America White again.” In reality, while this may speak for a tiny minority of conservatives, it does not speak for the masses. For them — for us — it is a destructive ideology we resist. Race is not the issue.

To repeat: it is destructive ideology we resist. Allow me to explain.

Our universities have shifted dramatically to the left, to the point that, in 2016, a Harvard student wrote, “The lack of political and ideological diversity on campus is troubling–this year’s poll of the Class of 2020 by The Harvard Crimson revealed that only thirteen percent of incoming freshmen identify as conservative, while an overwhelming two-thirds of the class reported being left of center.”

Fast forward to March 2020, when a “recent survey by the Harvard Crimson found that conservatives make up just over 1% of the school’s faculty.” Of the 500 faculty members surveyed, “Only three people said they would vote for President Trump in his reelection bid.”

This is what concerns us. The racial or ethnic makeup of the faculty or student body is absolutely immaterial. In fact, I would rejoice if Harvard recovered its Christian roots while maintaining academic excellence and, in the process, became 90% Black. I would grieve if it became 100% White and drifted even more to the left.

Shall I say it once more? Ideology, not race, is the issue.

Many conservatives are concerned with Big Tech censoring and/or suppressing our views, and there is good reason for concern. As reported by Wired magazine on October 6, “President Trump and other Republicans often complain that Silicon Valley has an anti-conservative bias. A review of campaign finance data shows that contributions by employees at some of America’s biggest tech companies are overwhelmingly going to his Democratic opponent, Joe Biden.

“WIRED found that employees at Alphabet, Amazon, Apple, Facebook, Microsoft, and Oracle have contributed nearly 20 times as much money to Biden as to Trump since the beginning of 2019. According to data released by the Federal Election Commission, which requires individuals who contribute $200 or more to a presidential campaign to report their employer, employees at these six companies have contributed $4,787,752 to Biden and just $239,527 to Trump.”

And who are the leaders of these companies? What faces come to mind when you think of Big Tech? Men like Jeff Bezos and Mark Zuckerberg and Tim Cook and Jack Dorsey, all of them White.

Our issue is with ideology, not color.

Our Solidarity is in Ideology, Not Color

We don’t like the aggressive sex-ed classes that have been pushed in many of our school districts for several decades. It’s the content, not the color, that concerns us.

We don’t like the direction that LGBTQ+ activism is taking us, but once again, that is an ideological conflict, not a racial conflict. That’s why the same Black Californians who overwhelmingly voted for Barack Obama in 2008 also voted for Proposition 8, defining marriage as the union of one man and one woman. They believed him when he said that he, too, stood for marriage as God intended it, and he knew that affirming that was important in gaining their votes.

Just think of the political leaders with whom conservatives differ most deeply, including people like Nancy Pelosi, Chuck Schumer, and Bernie Sanders. What they have in common is a leftist ideology. The fact that they are White offers us no sense of solidarity in the least.

That’s also our issue with leftist politicians like Ilhan Omar and Alexandria Ocasio Cortez and Rashida Tlaib. The fact they are women of color is not the issue. It is their radical ideology which we oppose. We find great solidarity with solid conservatives who are Black or Hispanic. (I could say the same in every example substituting the word “Asian.” It is ideology, not ethnicity that is the issue.)

That’s why the same things that trouble us with Antifa (with many White leaders at the helm) trouble us with the BLM movement (with many Black leaders at the helm). The common element that concerns is what we perceive to be a destructive, leftist ideology. It is an ideology that is increasingly dominating our culture. It is an ideology that is seeking to suppress and even cancel those who resist.

That is what concerns us. May people of all colors and ethnicities stand together against it.