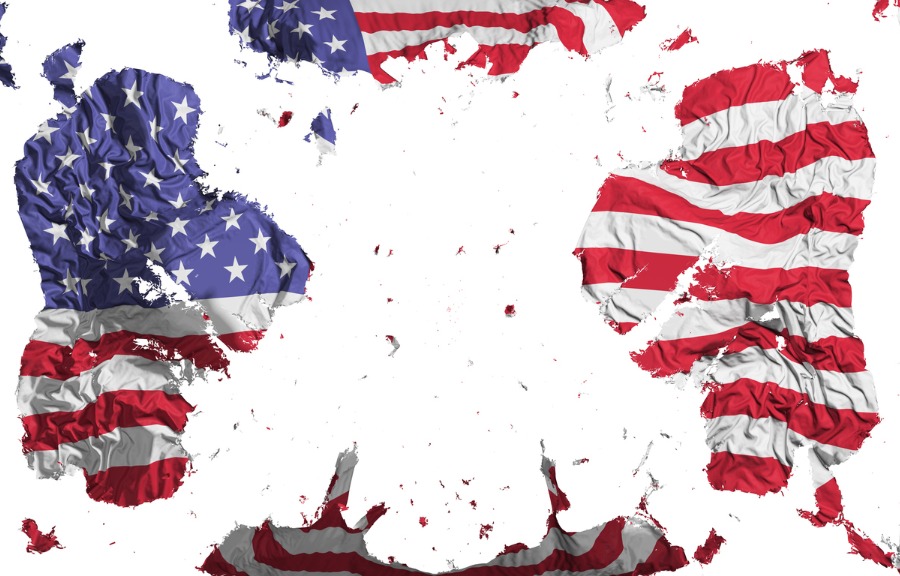 The pieces are finally coming together, and they reveal a masterpiece of electoral larceny involving Big Tech oligarchs, activists, and government officials who prioritize partisanship over patriotism.

The 2020 election was stolen because leftists were able to exploit the coronavirus pandemic to weaken, alter, and eliminate laws that were put in place over the course of decades to preserve the integrity of the ballot box. But just as importantly, it was stolen because those same leftists had a thoroughly-crafted plan, and because they were rigorous in its implementation and ruthless in its execution.

Let’s not forget that liberals have been consumed by a fixation with removing Donald Trump from office for longer than he’s actually been in office. The sordid story of the 2020 election heist begins all the way back in January 2017, when Barack Obama’s former campaign manager and senior advisor, David Plouffe, took a job leading the policy and advocacy efforts of the Chan Zuckerberg Initiative, a “charitable” organization established by Facebook founder Mark Zuckerberg and his wife, Priscilla Chan.

The Roadmap to Victory, Funded by Mark Zuckerberg

Earlier this year, just as it was becoming clear that Joe Biden would be the Democratic Party’s nominee for president, Plouffe published a book outlining his vision for the Democrats’ roadmap to victory in 2020, which involved a “block by block” effort to turn out voters in key Democratic strongholds in the swing states that would ultimately decide the election, such as Philadelphia, Milwaukee, Detroit, and Minneapolis.

The book was titled, A Citizen’s Guide to Defeating Donald Trump, and it turned out that the citizen Plouffe had in mind was none other than his former boss, Mark Zuckerberg. Although Plouffe no longer officially managed Zuckerberg’s policy and advocacy efforts at that point, the political operative’s influence evidently remained a powerful force.

Thanks to the extensive efforts of investigators and attorneys for the Amistad Project of the nonpartisan Thomas More Society, who have been following Zuckerberg’s money for the past 18 months, it is still possible to expose the inner workings of this heist in time to stop it. Perhaps even more importantly, these unsung heroes of American democracy are dedicated to making sure that such a travesty will not become a permanent feature of our elections.

Under the pretext of assisting election officials conduct “safe and secure” elections in the age of COVID, Zuckerberg donated $400 million — as much money as Congress appropriated for the same general purpose — to nonprofit organizations founded and run by left-wing activists. The primary recipient was the Center for Tech and Civic Life (CTCL), which received the staggering sum of $350 million. Prior to Zuckerberg’s donations, CTCL’s annual operating expenses averaged less than $1 million per year. How was Zuckerberg even aware of such a small-potatoes operation, and why did he entrust it with ⅞ of the money he was pouring into this election cycle, despite the fact that it had no prior experience handling such a massive amount of money?

Predictably, given the partisan background of its leading officers, CTCL proceeded to distribute Zuckerberg’s funds to left-leaning counties in battleground states. The vast majority of the money handed out by CTCL — especially in the early days of its largesse — went to counties that voted overwhelmingly for Hillary Clinton in 2016. Some of the biggest recipients, in fact, were the very locales Plouffe had identified as the linchpins of the Democrat strategy in 2020.

Zuckerberg and CTCL left nothing to chance, however, writing detailed conditions into their grants that dictated exactly how elections were to be conducted, down to the number of ballot drop boxes and polling places. The Constitution gives state lawmakers sole authority for managing elections, but these grants put private interests firmly in control.

Amistad Project lawyers tried to prevent this unlawful collusion by filing a flurry of lawsuits in eight states prior to Election Day. Unfortunately, judges were forced to put those lawsuits aside without consideration of their merits because the plaintiffs had not yet suffered “concrete harm” in the form of fraudulent election results. The law had no remedy to offer because the left’s lawless schemes had not yet reached fruition.

In the meantime, CTCL continued splashing Zuckerberg’s cash — only now, the organization was intent on finding Republican-leaning jurisdictions to give its donations a veneer of bipartisanship. Of course, the number of votes in play in those counties paled in comparison to those in the liberal counties. Philadelphia County alone, for instance, projected that the $10 million grant it received from CTCL would enable it to increase turnout by 25-30 percent — translating to well over 200,000 votes.

The left didn’t put all of its eggs into the CTCL basket, though. High-ranking state officials simultaneously took significant steps to weaken ballot security protocols, acting on their own authority without permission or concurrence from the state legislatures that enshrined those protections in the law.

In Wisconsin, Democrat Secretary of State Doug La Follette allowed voters to claim “indefinite confinement” in order to avoid having to provide a photocopy of their ID when requesting an absentee ballot. The exemption was intended for legitimate invalids, but COVID offered a convenient excuse for circumventing the law, despite the fact that Wisconsin had no pandemic-related lockdown rules that would have rendered anyone “indefinitely confined.” The impact was far-reaching. About 240,000 voters claimed the exemption in 2020, compared to just 70,000 in 2016.

In Michigan, Democrat Secretary of State Jocelyn Benson unilaterally voided the legal requirement that voters provide a signature when requesting an absentee ballot, establishing an online request form. She then took things a step further by announcing that she would “allow civic groups and other organizations running voter registration drives to register voters through the state’s online registration website,” granting partisan groups such as Rock The Vote direct access to Michigan’s voter rolls.

In Pennsylvania, election officials in heavily-Democratic counties that received CTCL funding allowed flawed mail-in ballots to be “cured” — that is, altered or replaced — prior to Election Day. In other counties, officials rightly interpreted this as a flagrant violation of state law. On the night before Election Day, less than 24 hours before polls were due to close, Democrat Secretary of State Kathy Boockvar sought to imbue this illegal practice with the appearance of validity by issuing a statement authorizing counties to contact voters who had cast improper ballots. Even if Boockvar had the statutory authority to do this, which she did not, the timing of her memo made it impossible for rural counties to take advantage of it to nearly the same extent as urban counties.

Putting Large Vote Tabulation Centers Together … Because of COVID?!

In numerous states, officials also absurdly consolidated the vote-counting and ballot curing process in sporting arenas and other large venues, rather than the ward- and precinct-level offices that normally handle the job. This made absolutely no sense as a pandemic-related safety measure, but that didn’t stop the officials from citing COVID as their rationale.

Consolidating the vote counting tied the other efforts together. Instead of a manageable number of ballots being transported to small offices and counted in the immediate presence of observers from both parties, truckloads of ballots were brought to a single location, inevitably resulting in confusion and commingling of ballots from various sources. Securing those ballots from the time they left voters’ hands to the time they were officially counted should have been the top priority of election workers, but it’s not even clear whether there were logs kept identifying which ballots were delivered by which trucks and when. If such logs even exist, they have not been disclosed.

At the same time, election officials could claim that they were adhering to legal requirements that observers be “in the room” during the counting process while using COVID as an excuse for relegating those observers to the “penalty box,” far from the actual counting and curing.

Ballot Curing, But Only For Democrats

This was particularly egregious when it came to ballot “curing,” a process that actually involves election workers filling out brand new ballots on behalf of voters whose ballots purportedly could not be read by machine. This could have been due to something the voter themselves did, such as spilling coffee on the ballot. It also could have been due to something that election workers themselves did, such as crumpling ballots to prevent the machines from receiving them, just as a vending machine rejects crumpled bills.

It’s impossible to know exactly what happened, because Republican observers were denied meaningful access to the process — and in some cases literally locked out of the counting rooms while election workers obscured the windows with cardboard.

These election workers, it should be noted, were paid directly by CTCL’s grants. These supposedly impartial arbiters of our electoral process are supposed to work for the people, but they were on Zuckerberg’s payroll.

All of this sounds like the stuff of fiction — the sort of thing one would expect from a cinematic thriller or a spy novel. Sadly, it’s the reality that our country is faced with after years of placidity in the face of increasingly aggressive intervention into our electoral process on the part of Big Tech oligarchs and activists with deep pockets and shallow motivations.

Ken Blackwell, former Secretary of State of Ohio, is the Distinguished Fellow for Human Rights and Constitutional Governance, at the Family Research Council. He served as United States Ambassador to the United Nations Human Rights Commission from 1990-1993.