The Great Debate: What Should Christians Think About the Age of the Earth? 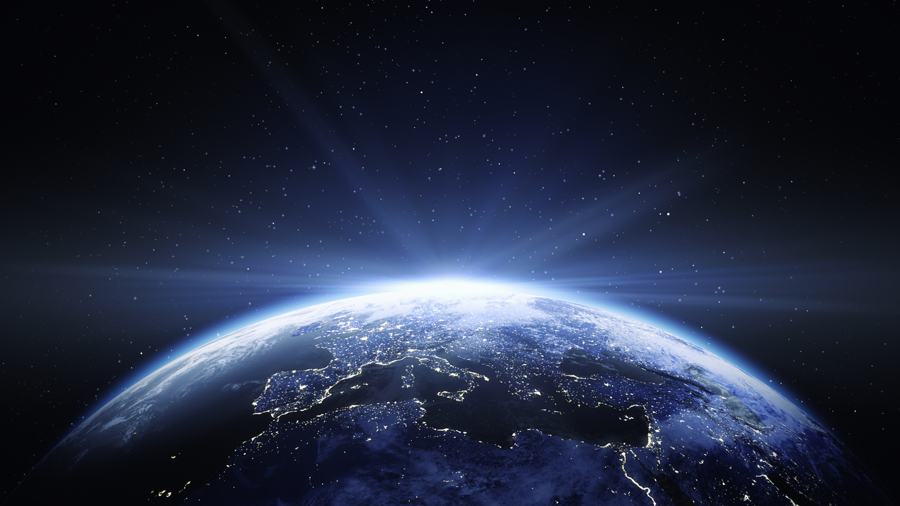 A Stream reader wrote in with a great question, and I wrote him this email in answer.

Thank you for your question! I’ll quote it here for convenience.

“What is your view on Creation? Old earth, young earth seems to becoming into contention again with the church.”

Boy do I agree with you on that. Wow, is it contentious. It may be the single biggest issue dividing evangelicals these days. If not, it’s high on the list, anyway.

What We All Must Agree On

The Stream’s editorial team lines up pretty solidly behind intelligent design theory, which is best represented (and best presented) by the Discovery Institute at discovery.org, evolutionnews.org, and IDtheFuture.com. Intelligent Design (ID) is agnostic about the age of the universe. Some ID proponents believe in a very recent creation. Others agree more with mainstream science that the universe is over 13 billion years old. All ID proponents believe in a designing intelligence, and here at The Stream, we’re all convinced that the God of the Bible is the Creator.

We are all completely in alignment with the accounts of an original human couple, Adam and Eve, created innocent and without sin, and who made the terrible fateful choice that plunged the whole world into the sin-soaked condition we find ourselves in. I don’t see how the gospel could even make sense without that. Christ came to restore us to God’s original intent for us. (And even more than that!)

Humanity itself doesn’t make sense apart from being created by God, having great worth in His loving eyes, and being in a state of rebellion from which He offers rescue and redemption. That part of Genesis is non-negotiable, so much so that I think all gospel-centered Christians should agree on it. Or at least (since there’s always someone coming up with some nuance) something very, very close to it.

How long did it take to reach that stage in the earth’s history, though? That’s where the debate rages, as you very well know.

What It Takes to Reach an Answer

I don’t have an official Stream answer for you, as we haven’t made it a matter of editorial policy, but I can at least offer you my view. I’ve written on it here at The Stream, in an article calling for a truce in the debate, a truce that I consider to be more than justified.

To echo what I wrote there, the age of the universe is an extremely technical question involving geology, biology, paleontology, physics, astronomy, and cosmology on the scientific side. On the biblical/hermeneutical side it calls for a seriously deep understanding of Ancient Near East literature and comparative ancient religion.

So now the question becomes, do you or I know which of these highly technical points of view are right or wrong? I don’t think so.

Not every Christian realizes the importance of that second set of issues. They should, though. Genesis was written for people who were steeped in such things. We really shouldn’t expect to understand it the way they did if we read it strictly through 21st century eyes. And I’ve read and heard scholars making strong arguments that a proper ANE perspective tells us it’s actually wrong to regard Genesis 1’s six days as literal 24-hour days. I know some Christians dismiss the importance of that. Do they even know what they’re dismissing, though?

It’s Still a Question for Specialists

So it comes down to this, in my view. It could be (it’s at least logically possible) that mainstream science is in error on the age of the universe. It could be, on the other hand (it’s at least logically possible), that these ANE scholars are wrong to conclude that the ANE religious and literary environment should have any proper influence on how we understand Genesis 1, or that it opens the door to an old-earth conclusion. All this is possible, as testified by the fact that all of it is under debate by serious Bible-honoring scholars.

All of this needs to be accounted for in any proper understanding of the age of the earth.

So now the question becomes, do you or I know which of these highly technical points of view are right or wrong? I don’t think so. Should we claim we know the answer anyway? Should we make it a point of debate? I don’t think so on that, either. Who among us can honestly say we’ve got the goods to understand what was going on with creation that long ago — considering that the specialists don’t even have consensus on it?

A Joke Meant to Illustrate the Point

I was at a Christian apologetics conference several years ago, where four top specialists in relevant fields were set to debate on the age of the universe. Two of them were young-earthers, two were old-earthers. I was with the four of them just before they took the stage. I went up to them and said, “Men, could I ask you a favor?” They all said, “Sure.” I said, “I was just wondering if … when you get up there in front of us all … would y’all mind deciding for us?”

They laughed, of course; I meant it as a joke. Everyone knew they weren’t about to come to agreement. But there was a point to the joke that’s relevant here, I think. These specialists, all of them serious about science and about the Bible, couldn’t settle on an agreed answer. Now, I believe someday we may have that answer. Maybe someday the data will come in with sufficient force to bring most every Bible-believer into alignment on one view or the other (or some other new view, maybe?).

Until then I encourage the specialists to carry on the debate. They’re equipped for it, and they should go for it. Let ’em duke it out!

A Humble “Wait for the Answers To Come In” Attitude

In the meantime, though, I strongly urge the rest of us to say, “Let’s hold to our opinions as much as we like, but let’s recognize that they’re only opinions. We’re not qualified to pronounce the truth on the matter. Let’s encourage the specialists in these fields to work on the problem. In fact, let’s take all this pressure of external debates off of them. Let’s hold our opinions, but with a very light and humble hand, and let’s be patient as we wait until the answers come in for real.”

That’s my own view on it. Not having polled the rest of our team on it, I can’t promise you it’s 100 percent representative of everyone with The Stream. But I think it’s at least pretty close.

I’d be glad to talk with you more on this. Thank you for reading The Stream!