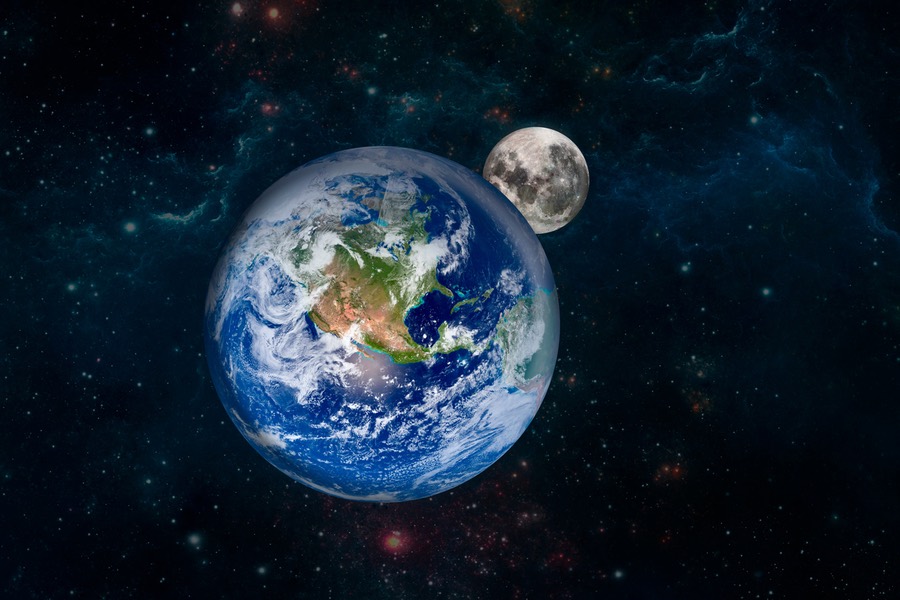 “You know, after getting to know you here in church for a couple years, team-teaching youth with you and hearing you teach the whole church several times, I’m ready at last to believe you really do believe in Christ, even though you think the earth is older than 10,000 years.”

There’s an unseemly battle going on among evangelicals over the age of the universe. On one side there are the “YECs” — young earth creationists. They take the “plain meaning” of Genesis 1 to mean God created everything described there in six days, 8,000 to 15,000 years ago. On the other side are the “OECs” — old earth creationists — who accept the scientific consensus that the universe began almost 14 billion years ago.

Both sides in this battle are Christians; both believe God is Creator. Typically both sides agree there was an original human couple created uniquely in God’s image. These two first humans were innocent before God until they fell into sin. Both sides agree that Christ came to restore us to the relationship with God that He intended for us.

But there’s rancor over science and Genesis 1. The YEC side is led by Ken Ham of Answers in Genesis. OEC’s most prominent spokesman is Hugh Ross of Reasons to Believe. I know both men. Both of them have a high regard for Christ and a high view of Scripture. They agree on that. Except there’s a lot of suspicion from the YEC side. “If you really believed what God says in the Bible, you’d forget this manmade science and side with us.”

OECs have Bible-based responses. Most of them have to do with the cultural and literary context in which Genesis was written. “We can’t interpret ancient texts as if they were written for 21st century Westerners,” they say, “because they weren’t written originally for us. We have to understand the language and cultures of the day, so we can know what the original readers would have read it to mean.”

Which, by the way, is the rule scholars and preachers follow for every passage in the Bible. It’s nothing special made up just for Genesis 1.

And since it’s certain to come up in discussion here: Yes, OECs also address the toughest question: What about all that animal death before the Fall?

Meanwhile, young YECs go to college. They learn what their geology professor says, and they think, “This is making sense. They’re giving good arguments for an old creation. I guess that means I can’t be a Christian anymore.”

I want to ask for a truce. Not necessarily between the scholars, the leaders who are doing the work to discover the truth, but the rest of us. And I’ll tell my own college story to explain why, and what that truce would look like.

I was a music major at Michigan State in the mid-1970s, and also a member of a couple campus Christian fellowships. Someone there discovered a YEC book — I don’t remember which one — and started passing around the idea that we needed to believe in a young earth.

I had a view on it that made sense to me. But I realized I should hold it loosely. In fact, it would have been intellectually irresponsible for me lock in on it, as if I knew without any doubt. It was out of my field, and I wasn’t qualified to take a dogmatic stand on it.

That was rough for some students there. One in particular was a friend of mine named Will. He was a music major like me, studying bassoon. But his dad was a prof there at MSU, teaching biology or geology. Will was getting torn in two directions — YEC among Christian students, OEC from his dad at home. And it tore me up, too, watching him go through that.

I sure didn’t know what to think about it all. And then it hit me. “These are highly technical issues. They involve geology, cosmology, paleontology, archaeology, biology, and Ancient Near East languages, literature, and culture. And I’m a music major! Why do I have to decide?”

Non-Experts Have No Business Taking a Dogmatic Stance

The answer seems obvious enough: I didn’t have to decide. Not when the experts were still in such disagreement.

This was freeing. I could relax with it. I had a view on it that made sense to me. But I realized I should hold it loosely. In fact, it would have been intellectually irresponsible for me lock in on it, as if I knew without any doubt. It was out of my field, and I wasn’t qualified to take a dogmatic stand on it.

And it wasn’t that policeman’s field. He wasn’t qualified to take a dogmatic stand on it, either. Thankfully he came around to accepting his fellow church member as a real, full-fledged Christian.

A Plea for a Truce: Let the Discussion Continue, But Responsibly

Now, I know what’s likely to happen in discussion here. I’ve seen it happen over and over again. There will be arguments for YEC, and arguments for OEC. That’s great. I’m fine as far as that goes, and I’m not calling for the kind of truce that says we never express our opinions again.

But I am calling for the kind of truce that refuses to say, “My side is right, and there’s something wrong with you if you disagree.” I’m asking YECs to stop suggesting OECs are weak Christians just because they’re OEC. And I’m asking OECs to cease calling YECs unsophisticated, overly literal, and unscientific, just because they’re YEC.

And most of all, I’m asking all of us — all but the experts and the scholars, that is, who really need to keep (respectfully) slugging it out — to cease acting as if we know the truth without a shadow of a doubt. Because we don’t. Not yet.  It’s intellectually irresponsible to suppose that we do. And it’s wrong to judge others who are committed to Scripture and yet disagree on this point.