The Globalist Borg Invents Another ‘Fascist’ to Hunt: Michael Pack, at Voice of America 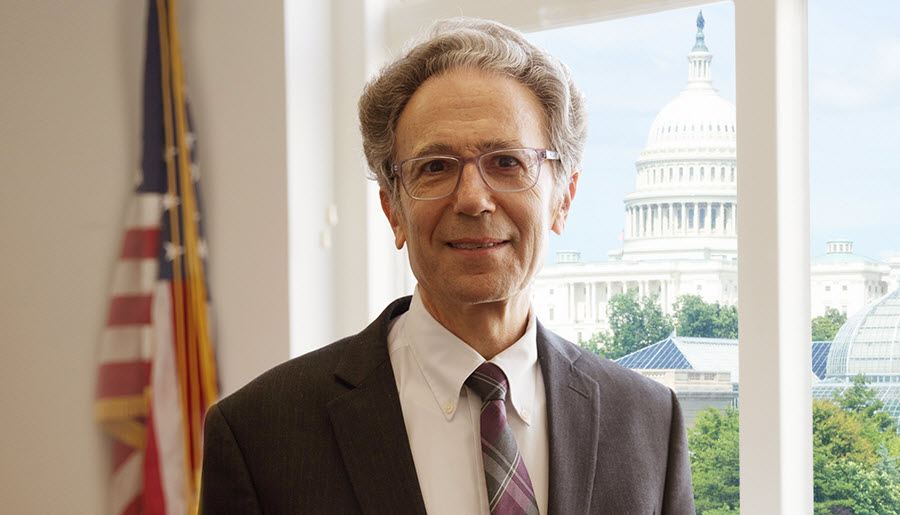 Has Attila the Hun arrived at U.S. government broadcasting to burn it to the ground? One would think so from the media hysteria surrounding Michael Pack’s first weeks in office as CEO of the Agency for Global Media, which oversees the Voice of America and other entities. The Washington Post Editorial Board proclaims that he “remains on course to dismantle the independent journalism that has been the calling card” of U.S. foreign broadcasting.

That’s fast work. A headline at The Week screams: “Is Trump putting fascists in charge of the Voice of America?” The Boston Globe hyperventilates that there has been an “assault on Voice of America” and “the bodies continue to pile up at the nation’s government-funded but editorially independent news services…” CNN reports a “Wednesday night massacre.”

What was the body count? Of the some 3,600 personnel at the agency, five were affected. That’s .00138 of the workforce. Some massacre.

Pack removed the heads of the broadcasting entities who had not resigned before his arrival. Why is this so outrageous? Every administration brings in its own leadership, and that does not mean the politicization of broadcasting.

Pack is a mild-mannered, deeply thoughtful man whose life’s work belies the frenzied charges against him.

What is amazing is that the Obama-era leadership was still there more than three years into the Trump administration. And the legacies’ record is hardly spotless. VOA veteran Ted Lipien, who served for many years in senior positions at the agency, writes of “the extreme politicization of VOA under Pack’s predecessors.” From people inside, I remember hearing that the Obama-era leadership said, after President Trump’s election, “We’re not going anywhere.” I thought that was extraordinary cheek at the time, but they almost proved to be right.

Until Pack’s arrival, Anne Applebaum states in The Atlantic, “no U.S. administration actually set out to destroy America’s international broadcasters… Now, finally, one has.” Where has she been? Until Pack’s Senate confirmation, government broadcasting had been run by a dysfunctional, eight-person, part-time Broadcasting Board of Governors. Imagine eight part-time proconsuls trying to run the Roman Empire. The BBG worked about as well and, despite the best intentions of its members, inflicted incalculable harm from mismanagement and a profound loss of mission.

Did Michael Pack stop VOA broadcasting to Brazil, India, Russia and the Arab world, and repeatedly try to eliminate VOA’s China services? No, the BBG did. Bipartisan legislation ended this farce by eliminating the board’s executive powers. It returned government broadcasting to the executive branch chain of command, from which it should never have been severed.

Some of Pack’s critics are upset by the return of VOA editorials. They appear not to be fully cognizant of VOA’s mission. Part of its congressionally mandated charter states: “VOA will present the policies of the United States clearly and effectively.” For the decade prior to my becoming VOA director in 2001, I worked in the Policy Office to help produce the editorials that served this mission. Under the recently departed VOA leadership, editorials were pared back almost to nothing – from two per day to three in seven months. This was a serious abrogation of VOA’s responsibilities. Pack has undone the damage.

An Accomplished and Thoughtful Professional

Pack first came to Washington in 1992 to serve as director of WorldNet, the U.S. Information Agency’s and then VOA’s 24/7 television service to more than 127 countries. (Full disclosure: I hosted a foreign policy talk show on WorldNet and VOA.) He later went on to work as senior vice president for television programming at the Corporation for Public Broadcasting.

That’s a strange career trajectory for a “fascist.” Pack is, in fact, a mild-mannered, deeply thoughtful man whose life’s work belies the frenzied charges against him. See, for instance, his most recent documentary, Created Equal: Clarence Thomas in His Own Words. I defy anyone to watch this film, which was broadcast nationally on PBS (like many of his other films), and not feel prouder to be an American.

Someone Painted a Wall

After Pack’s arrival, a wall with a slogan at VOA got painted over. (He knows nothing about the incident, by the way.) The slogan quoted his Obama-appointed predecessor. It said that “journalists and journalism have stood watch over private and public officials to hold them accountable.” Anne Applebaum called this wall repainting “ghoulishly Orwellian.” Some people need to chill their jets.

And who holds journalists accountable? Their job is to help foreign audiences understand the United States, but their reflexive instinct is too often to attack it. That helps them prove their “authenticity.”

In 1981, I flagged a VOA script for then-U.S.I.A director Charles Wick. It said that “now for the first time, the United States has as president a former actor, a divorced man, and the son of an alcoholic.” How was that for objective news reporting? Did that help foreign audiences understand how a man like Ronald Reagan could have been elected president? If Applebaum thinks that there are not equally egregious examples from the recent past, she hasn’t been listening.

And isn’t VOA supposed to be the voice of freedom? Why, then, has it been repeating the propaganda of hostile foreign governments back to the people under those tyrants’ heel? That tells those audiences that the U.S. backs the lies their governments tell them.

Michael Pack may have wielded a brisk broom in his opening days as broadcasting CEO, but it was about time for sweeping changes. “VOA is supposed to promote American values, not Republican or Democratic values, not Trump or Biden values, and that is what I plan to do,” he said. Nothing in his distinguished background leads one to expect he will do otherwise.

Robert Reilly was the director of the Voice of America from 2001-2002. He is author, most recently, of America on Trial.