As we head towards Independence Day, a reminder of the genius of our Founding Fathers. 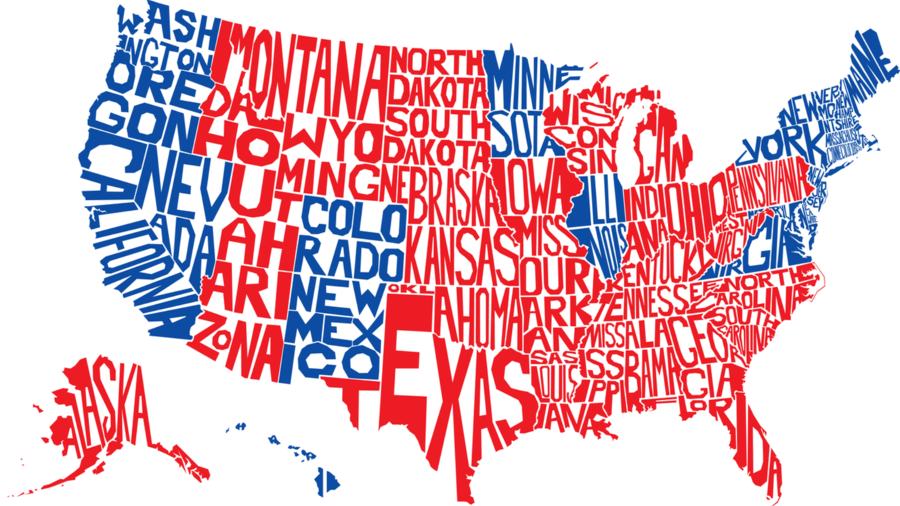 Over the last decade debate got louder about the role of the Electoral College. Because of increasingly close elections and several elections where the popular vote winner did not win the Electoral College — some on the left like Alexandria Ocasio-Cortez have lamented this system of checks and balances that the Founders set up. They called it a “racist scam.” As you’ll see, such a claim betrays rank ignorance of early American history.

Not Fair! We Want a Do-Over.

Does the fact that Hillary Clinton won the popular vote but lost the election to Donald Trump in 2016 make the Electoral College unjust? How about George W. Bush’s win over Al Gore in 2000? Was Florida really the deciding factor that sent Bush to victory?

Or was it that Bush built a strong coalition and flipped a traditionally blue state like West Virginia to clinch the victory? I would argue that it is the latter.

Do we want New York City and Portland to rule the whole country?

The Electoral College and our Constitutional Republic

What does Electoral College actually do to protect our constitutional republic? Why is it a better system than a straight majority vote?

First, we have to understand the concern of our founders as they deliberated day after day setting up our system. They knew keenly how power corrupts. Therefore they set up our national framework with three branches of government — executive, legislative, and judicial. They wanted to avoid at all costs — or at any time in our future — a mob takeover. They wanted to protect the voice and the influence of the minority in our democratic system.

Protecting self-governance from the threat of even majority tyranny was one of the highest deliberations of the Founders. Thus, the Electoral College.

Building a Coalition, Instead of Summoning a Mob

“We the people” of America vote not for a specific candidate, though their name is on our ballot. No, we vote for a slate of electors that represent our state’s collective voice. This keeps each state an individual powerhouse and protects the little states from the big states. But it does much more.

In every election we must choose between imperfect candidates. These decisions don’t always prove easy. You can read my article on that topic — on how to think through those hard decisions.

The Electoral College forces the presidential candidates to pursue every state and build broad coalitions. To encompass not only the extremes of the political parties on the right or the left, but the middle positions as well. The issues that voters care about in Iowa are not the same as in Michigan, Georgia, and New Mexico. National issues compete with local ones. That is why we have polling — so that candidates can identify which matter most, and where.

Should We Codify Coastal Snobbery in Law?

Political parties change, their platforms get constantly tweaked by the grassroots, and even swing states change from election to election. What might look like a solid blue state like Texas before 1998 is now a solid red state. California used to vote Republican. Remember Governor and then President Ronald Reagan? Now it votes overwhelmingly for Democrats statewide. Any state can flip for any candidate or political party at any time, if his message resonates.

Wipe out the Electoral College, and what happens? Places like New Mexico and Wyoming suddenly don’t matter. Candidates can just visit the huge population centers and only talk about the issues relevant there.

With our Electoral College system, candidates must message around a host of issues and communicate to a diverse audience. Because every state matters.

“Fly Over” States Need a Voice

With a popular vote/majority rule system, huge and crowded cities would be the power hubs in our nation. The rural smaller communities would end up as afterthoughts. If we want Los Angeles and New York values to rule our nation — then please get rid of the Electoral College! But if we want the “fly over” states to have a voice then this system is extremely important to preserve.

For people like Hillary Clinton, Elizabeth Warren, and AOC, we have an antiquated system that needs to be abolished by a constitutional amendment. They trade on our ignorance of history.

A Vestige of Slavery? Tell That to Rhode Island and Vermont

Alexandria Ocasio-Cortez called our system a “vestige of slavery.” She said later: “It is well past time we eliminate the Electoral College, a shadow of slavery’s power on America today that undermines our nation as a democratic republic.” Was a system that benefited tiny Rhode Island and lightly settled Vermont to the harm of huge, slave-holding Virginia really a slaveowners’ invention? Don’t expect her to know any better, however.

In June 2019, in response to the MSNBC host Chris Hayes’ tweet that Queens had more residents than 16 states combined, Ocasio-Cortez said, “Yet one more reason to abolish the Electoral College,” adding a winking emoji. Clearly she sees more power for herself and her faction as outcomes of trashing our current system.

Do we want that?

The Founders of America believed that diversity mattered. That’s why they looked out for the rights of states as states. They gave free New Hampshire as many senators as slave-owning Texas. They also gave small states power via the Electoral College.

I’m glad that every presidential campaign starts with states like Iowa, New Hampshire, and South Carolina. It’s good that the candidates in both parties must talk to rural farmers in a small community in Iowa. Then meet with libertarians in New Hampshire. And then travel down to the deep South for some “family values” in South Carolina. This system unifies all Americans and gives everyone a voice.

Without it, presidential candidates would spend their time and messaging in Beverly Hills, Manhattan, Silicon Valley, and a few huge Mid-Western cities. The Electoral College creates more centrist candidates and keeps the two major parties from running nationally on more extreme positions. Our unique, hybrid system of government slows down legislation and moderates national policies. As our Founding Fathers intended. Our revolution didn’t end in a bloodbath, the way France’s would. Do you think that’s just an accident?  To gain understanding and education on the Electoral College, please grab Why We Need the Electoral College by Tara Ross — one of the leading national experts on the topic.

You can check out my recent interview with Tara here and check out her PragerU video on the topic, with over 66 million views.

Bunni Pounds is president of Christians Engaged. She is a former congressional candidate, and a 15-year political consultant and motivational speaker.