The Difference Between a Righteous Boycott and Cancel Culture 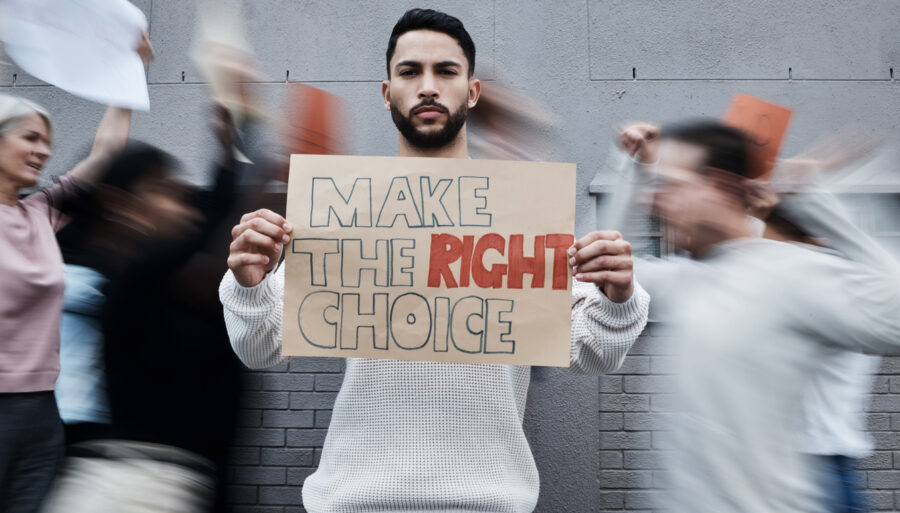 In response (and in obvious disagreement), a commenter challenged me, asking how successful our past Christian boycotts had been, comparing the Christian calls to boycott certain companies with today’s cancel culture.

But the comparison breaks down immediately, since our goal was never to cancel a massive, national company (such as Target, which many boycotted because of their transgender bathroom policy, not to mention their decision to no longer separate boys toys from girls toys).

Our goal was to say, “If you care that little about our families and our concerns, we will take our business elsewhere.”

Put another way, “Your choices will have economic consequences, and this is our way of encouraging you to rethink those choices.”

A boycott seeks to send a message. Cancel culture seeks to eliminate. The two can hardly be compared.

We were also saying, “In good conscience, we cannot give you our business.” (This is exactly what is happening today as many families are canceling their Disney memberships in light of the Disney corporation’s commitment to push radical LGBTQ+ ideology on children.)

How different this is from the spirit of cancel culture, which not only seeks to demonize a person (an organization) but to destroy that person (or organization) to the point that they are no longer viable.

A boycott seeks to send a message. Cancel culture seeks to eliminate. The two can hardly be compared.

A Statement of Conscience

Personally, when I decide to boycott a particular franchise, it is primarily a statement of conscience, since I do not think that my own actions will have any impact at all.

That was my mentality when my wife and I cancelled our subscription to Netflix because of their promotion and distribution of the Cuties movie (see here and here and here).

We did not think we would hurt this giant company financially. And even if millions of others decided to cancel, it would send a strong message but would hardly put Netflix out of business.

Yet that was never our goal (at least, speaking for Nancy and me). We simply could not give our money to a company which so blatantly rejected and even disdained our moral values. (To be sure, given some of the other trash on Netflix and most of the major movie and TV platforms, we could have found good reason to cancel earlier.)

But, to repeat, there’s a big difference — a very big difference — between cancelling a subscription as a statement of conscience and trying to cancel a company (or a person). And that is the fundamental difference between a morally based boycott and contemporary cancel culture.

The same difference can be seen when comparing the AFA’s 2016 call to boycott Target (using the slogan, “Men don’t belong in women’s bathrooms and changing areas”) and LGBTQ+ attempts to destroy a local Christian business because of its biblically-based convictions.

The former said, “Because you are on the wrong side of these fundamental moral issues, we will send you a strong message, one which we hope you will feel in your pocketbook. We want this boycott to sting, since it’s the only thing you will listen to.”

The latter said, “Because we deem your convictions to be hateful and discriminatory, we will threaten any other businesses or organization who work with you until we have destroyed you. We will not stop until you are no more.”

Sending a Message Versus Hoping to Destroy

To repeat: the differences between the two approaches are massive.

Of course, the place of boycotts in society can always be debated, especially in a larger Christian context. But to compare our recent, Christian-based boycotts with cancel culture is to miss the point entirely.