The Devil’s Latest Tactic to Keep Us From the Bible 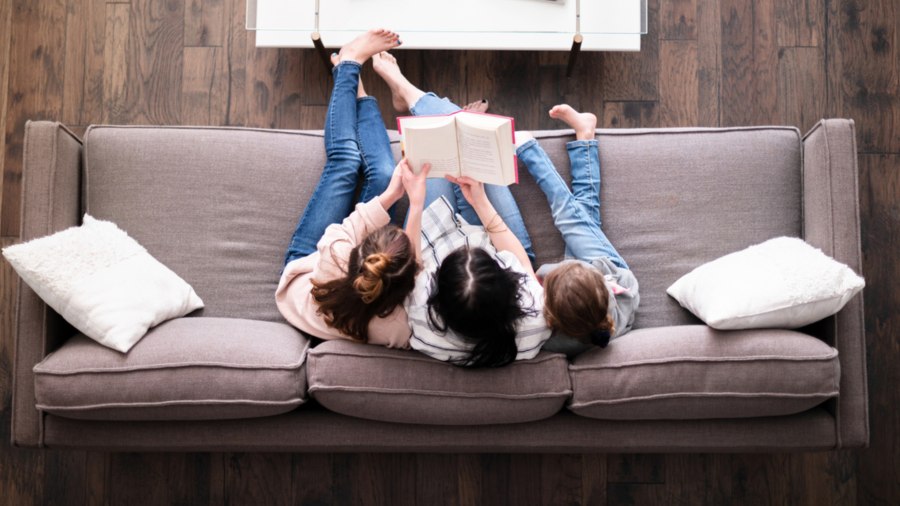 In a recent article, I mentioned that in 1647, the colony of Massachusetts passed the Old Deluder Act, with “the Old Deluder” referring to the devil himself. In the past, this act declared, Satan kept people from reading the Scriptures by confining the Bible to an tongue unknown by the common people (namely, Latin). Now, the colonists said, he is keeping people from reading the Scriptures by way of ignorance of the English language.

It was ordered, therefore, “that every township in this jurisdiction, after the Lord hath increased them to fifty households shall forthwith appoint one within their town to teach all such children as shall resort to him to write and read.” This way, as the children learned to read English, they would be able to read the Bible.

Fighting Biblical Illiteracy by Translating the Bible Into English

In the 1500s, when William Tyndale translated the Bible into English, he paid for it with his life, being imprisoned, then strangled by hanging, then burned after death. And this was by the authority of the English Church, which had become corrupt in so many ways. Can you imagine “Christian” leaders wanting to keep the Bible out of the hands of Christians?

Thanks to the pioneering work of Tyndale, Church policies changed, and so, these early American settlers had the English Bible in their possession. (It was called the Geneva Bible, which preceded the King James Version and which they preferred to the King James, which they perceived to be the Bible of the Church of England.)

But the fact that they were free to practice their religion, with the Bible fully accessible in their native tongue, did not guarantee that they would actually read the Bible.

In their judgment, the greatest obstacle was now illiteracy, hence the passing of the Old Deluder Act, guaranteeing that every child would learn to read English.

Similar sentiments were expressed in the New Haven Code of 1655, which stated that the purpose of education was to equip children to be “able duly to read the Scriptures … and in some competent measure to understand the main grounds and principles of Christian Religion necessary to salvation.” It was also assumed that this was the key to the colony functioning well: citizens who knew their Bibles would make the best citizens.

Of course, there are many aspects of colonial life that we would differ with today, most notably the enforcing of Christianity on the colonies. (Needless to say, where slavery was practiced, we would deplore that as well.)

But that is not my point here. Instead, my point is to say that these God-fearing, Bible-revering settlers realized that Satan was always working overtime to keep Christians from the Scriptures. That’s why they were determined to see their children educated. This way, they could read the Bible for themselves.

Today, Satan has a fresh new tactic, and it is working marvelously.

I’m not talking about suppressing English translations of the Bible.

We Now Have Many English Bible Translations and Widespread English Literacy

To the contrary, there are more than 450 English translations of the Bible, many of them available free online. (Check out BibleGateway.com or download the YouVersion Bible app.)

Many of us have numerous copies of the Bible in our home, and literally, at the tip of our fingers, we have instant access to dozens of translations of the Word. A simple click, and there it is: the Bible on your phone, tablet or PC.

We can even set up a program to remind us to read the Bible every day, with the passages in question appearing right on our screens.

As for literacy, while there are some Americans who never learn to read, that number is extremely low. And even for those who cannot read, they can listen to the Bible in audio form.

The Bible is more accessible than ever, yet, relatively speaking, we hardly access it. There really is a “scandal of biblical illiteracy.”

The Old Deluder is at work again, and he is proving quite successful.

What is his key tactic today?

I believe it is distraction.

Our Primary Battle for Biblical Literacy is Now With Distraction

Never before have we had so many things vying for our attention.

It’s just not emails. And texts. And direct messages on Facebook and Twitter and What’s App (and a host of other platforms, all demanding our attention.)

It’s also endless cable TV channels, which are now being overshadowed by endless internet options, including the ability to watch almost any past movie or TV show or current sports event by the hour.

It’s constant social media posts. And a 24/7 stream of news. And limitless ads pulling us in a million different (and oh-so-interesting) directions at once.

One night, while doing some research on YouTube, I noticed a fascinating nature video listed in the column to the right, which then led me to another fascinating video, this one about violent, predatory animals.

Soon enough, I was searching for videos on subjects like, “Lions vs. Hyenas” or, “How Strong Is a Gorilla?” — and on and on it went.

I’m not sure if I wasted 60 minutes or 90 minutes that night, but for sure, the time was wasted. I simply got distracted.

And how many have been distracted by things far more harmful than nature videos?

Of course, we can’t blame the devil for keeping us from the Word. That is our choice and our choice alone.

Make a Choice to Prioritize Reading God’s Word Above Pastimes

But we can recognize the temptations of our age, temptations which have even robbed us of the ability to concentrate. And we can make a fresh determination to put the Word of God first in our lives.

May I encourage you to avail yourself of the embarrassment of Scriptural riches we have today, making focused, devotional reading of the Bible a priority in your life?

If enough of us do that, putting into practice what we read, it will have a revolutionary impact on the nation. Literally.