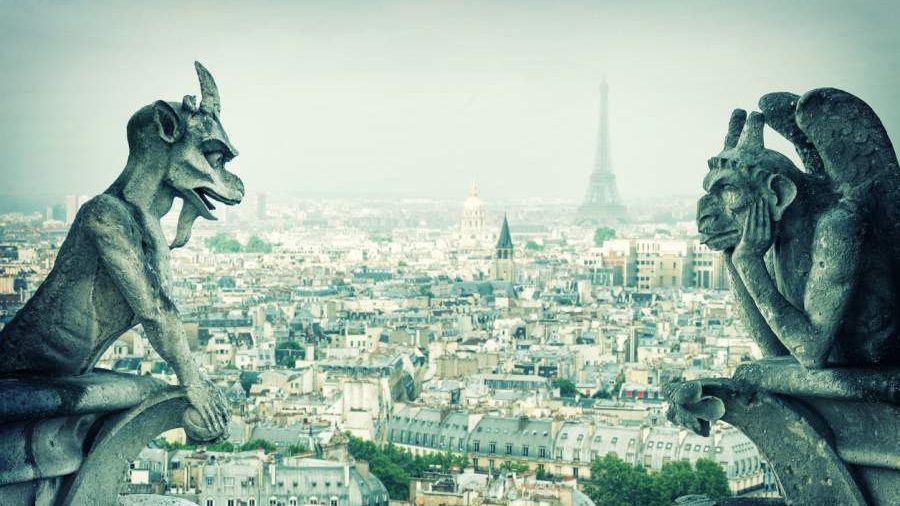 Given its full-on embrace of child castration, abortion through birth, gun confiscation, forced vaccination, $10 per gallon gas, massive vote fraud, and FBI harassment of parents who question Marxism in schools taught by illegal immigrant drag queens … I think it’s only fair to ask a spiritual question:

Is the Democratic Party, and the left which has captured it, from the tip of its darting tongue to the rattle that ends its tail, even a human institution anymore? That is, are people still running it?

We know that in a human sense, the Democrats jumped the shark in 2016. But have the left and the docile political organ they control … crossed the line into the preternatural realm? Should we think of the Democrats as the proverbial lemmings who drown themselves? Or are we dealing instead with a herd of thundering Gadarene swine, dragging us down their slippery slope to perish in the sea?

What drives me to ask such a question? In part, the sheer aggressive stupidity and dishonesty we’re encountering on the left, on a long range of issues. We see figures in the media who denounced Donald Trump as a “traitor” for “colluding” with Russia. Who backed his impeachment over it. When presented with proof that this was always a conscious lie, concocted by Hillary Clinton’s campaign, they don’t blink an eye. Even if they’re professional journalists, who’d normally be mortified if they mispronounced the name of a city in Nicaragua.

The same with the Hunter Biden laptop, which they waved off as Russian disinformation. They’re not troubled to learn that it was 100% authentic. Or that the laptop ties the Bidens to China in ways nobody even alleged Trump was tied to Russia.

Lies from the Father of Lies

These “reporters” just move on from one lie to the next, and issue dishonest “fact-checks” with machine-like efficiency. The same on issue after issue, the same contempt for truth, the same astonishing lack of curiosity or decency. Such shamelessness and gall don’t seem entirely … human.

The news story that inspired me to preternatural thoughts? It was Joe “President” Biden’s recent proclamation of an awareness day for “Elder Abuse.” Of course that’s an issue all Americans ought to agree on. And no, I don’t want to crack jokes here about Biden’s senile incapacity to actually serve as our president.

Governors Who Murdered Seniors by the Thousands

Instead, I’d like to remind you of the Blue State Nursing Home Genocide of 2020. As I was one of the first to report, and right here at The Stream: The governors of the largest Democrat-controlled states all dumped COVID patients into nursing homes, even when plenty of hospital beds were going empty. They willingly subjected the most vulnerable Americans to the same disease that led them to close all our schools and churches. They did all this after Joe Biden appointed as his chief COVID advisor bioethicist Ezekiel Emmanuel, who argues that nobody should live past age 75. That patients above that age shouldn’t even get life-saving medicine.

Uncounted thousands of retired taxpayers, veterans, grandparents in New York, California, Michigan, and other states … locked in, away from their families. Forgotten behind plastic sheeting. Handled with latex gloves by masked professionals only. Denied visits from clergy, and thus prayers and sacraments, or even hands to hold. Deprived of Christian burial, cremated with medical waste like abandoned pets at kill shelters, and dumped into anonymous mass graves.

That’s what the Democrats did to seniors in 2020, handily spiking the death stats to justify ongoing lockdowns, emergency powers, and the mail-in ballots needed to steal the presidential election. And no governor has had to answer for any of this.

To my dying day, I’ll be haunted by what we allowed in America in 2020. I’ll wonder if I could have done more. And I’m staggered by this level of evil. It seems more than human.

Hostage to the Devil

Those who imitate Jesus by driving out evil spirits — that is, professional exorcists — have grim experience of dealing with vastly intelligent, malevolent principalities and powers. Such spiritual warriors have had to wade in, fighting, to the complex, horrible world inhabited by people who’ve turned over their will to forces of evil. One of the best books on the subject is by former Jesuit Malachi Martin, entitled Hostage to the Devil. In it, he offers deep theological insight along with several thinly fictionalized accounts of possession and exorcism.

There are two forms of possession, he writes. The kind that gets depicted in movies like The Exorcist is called “imperfect” possession, because the human soul is not entirely willing, might even be desperate for deliverance. These cases of possession are actually the less serious ones. They represent people who dabbled in the occult, engaged in witchcraft, or otherwise “opened” themselves to a partial, hostile takeover by alien spirits. There is great hope for them, as there was for the people whom Jesus delivered from similar spirits in the Gospels.

Things can get much worse, though. Martin describes another, much more horrifying spiritual condition. It’s called “perfect possession.” In it, the person shows few outward signs of distress, or none at all. He is not fighting against the condition anymore, if he ever did. He has conformed his will so perfectly to the spirits he once invited in, that there’s no conflict, no fuss. In psychiatric language we’d call such possession “ego syntonic.” A self-help guru might say that such a person has “fully accepted himself.”

Pope Pius XII believed that Adolf Hitler was perfectly possessed, and that it explained his almost hypnotic power to persuade and inspire crowds. Despite his lower-class accent, lack of education, histrionic performances and wild leaps of logic, Hitler was able to sway aristocrats and intellectuals, as well as disgruntled workers. The pope told the U.S. Ambassador Joseph Kennedy to warn President Roosevelt against making any kind of deal with such a leader.

My Brush with the Demonic

I experienced a small taste of the same in Louisiana in the 1990s. At the time, David Duke was running for governor of the state, and seemed likely to win. He said he’d renounced the neo-Nazi posturing of his youth, and branded himself as a populist conservative. Several of my friends got taken in by him, especially after hearing him give speeches.

So I went to his talk at the LSU Student Union. I sat with the undergrad students and we were spellbound. I’ve never seen a public speaker as powerful and persuasive. He seemed reasonable, fair, unjustly persecuted, patriotic and charming. He had a ready answer to every charge people offered. When liberal students tried to shout him down, they made him seem like the victim — and he endured their abuse with patience and even humor. I could feel invisible tendrils reaching into my mind from this man on the podium, some Power that craved my consent.

Fortunately, I’d prepared before attending the event. I had done research, and learned that Duke’s rebranding as a mainstream patriot was the rankest hypocrisy. He was selling from his office at the Louisiana Capitol the book The Turner Diaries — a vicious call to race war and the ethnic cleansing of America. (The same book would later inspire Timothy McVeigh to bomb Oklahoma City.) I’d forced myself to read it.

Because I had, I was able to discern that in Duke’s talk, I wasn’t responding to skillful rhetoric. I was getting seduced by evil spirits. That week I published a column endorsing Duke’s tepidly pro-life, completely corrupt Democrat opponent.

I rarely feel the same serpentine, icy energy I encountered at the Duke event. But I have, whenever I’ve encountered really hard-core anti-Semites, and also when I’ve picketed abortion clinics. The spirits that hate the Holy Family hate all families.

The same spirits swarm us today, clogging our public square and filling up the Internet. Increasingly, when I encounter block-headed irrationality and shameless mendacity among the highly educated and powerful, I feel like I’m once again listening to David Duke.

Keep the spiritual realm in mind as you navigate our new reality. Remember that sometimes you aren’t even arguing with the mind of a person who’s mistaken; you’re bickering pointlessly with the demons whom he serves. And exorcists know better than to do that.

Sometimes you’re better off just dropping the argument and praying for protection.