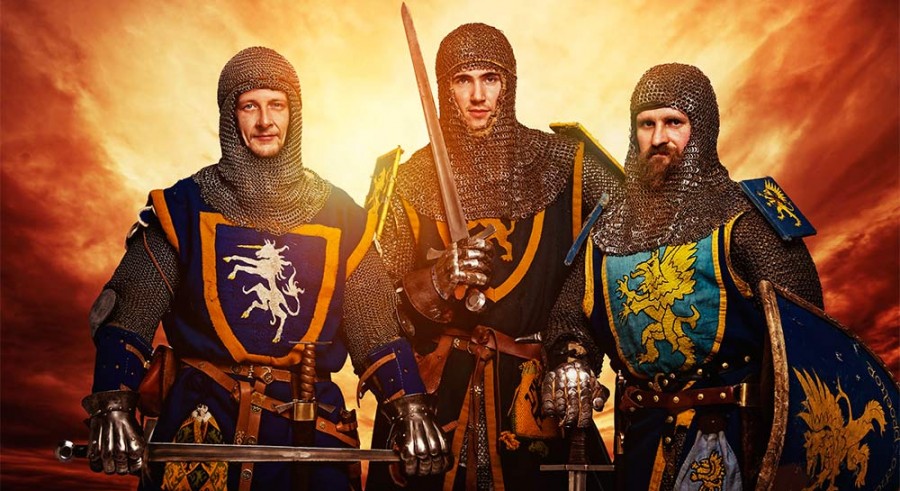 As I noted in a previous column, the divisions among Christians over questions of Jesus’ nature were only worsened and embittered by the use of government persecution by one faction or another against its opponents. In Egypt and the rest of North Africa, and parts of the Levant, dissenting Christians often viewed invading Muslims as liberators from a Byzantine regime that tried to crush them.

They would soon be disillusioned, of course. Islam is by its very nature intolerant, teaching that every non-Muslim is a willful rebel against Allah. Both Judaism and Christianity, Muhammad had the chutzpah to teach, were latter-day corruptions of the original true religion, which was … Islam. The highest vocation for any Muslim man was (and is to this day) fighting unbelievers in sacred Jihad, until the entire world embraces Islam, or is willingly subjugated to Muslim rulers — paying obsequious deference and a special tax.

Jesus led no armies and forbade His apostles even to defend Him from false arrest. Muhammad had no such scruples, himself assembling armies and leading raids of passing caravans, then battles in wars of conquest. While Jesus stood out from other rabbis in remaining celibate, Muhammad allotted himself dozens of wives, and hundreds of sex slaves (“concubines”) taken from non-Muslims he’d killed in battle. Each Muslim warrior was allowed up to four wives, if he could afford them, with no limit on concubines. Muhammad himself ordered massacres of non-Muslims his armies had conquered, ethnically cleansing Arabia of both Christians and Jews.

The shocking, explosive attacks of suddenly united Arab tribes destroyed the Zoroastrian Persian empire, and cut the size of the Byzantine empire by two-thirds. Muhammad’s heirs made a tidy living off conducting annual raids of Byzantine lands, stealing, raping, and kidnapping Christians to enslave for work or sexual exploitation — with religious blessing.

Muslim regimes now ruled over the sullen populations of long-Christian cities, including most of those named by St. Paul in his epistles. Two of the seats of Christian patriarchs, Jerusalem and Antioch, were firmly in Muslim hands. A third, Constantinople, was under siege — quite literally on two occasions, when the city almost fell to Arab invaders and their barbarian allies.

The degree of religious tolerance for Christians and Jews depended on the whims of individual monarchs. Some were more pious, and exerted greater pressure to squeeze their subjugated non-Muslims to convert. Other rulers saw that the extra taxes paid by non-Muslims made them economically valuable, and preferred not to convert the geese that kept laying golden eggs. Most of the ancient learning that contemporary multiculturalist writers credit Muslims with preserving was actually passed on by Christian monks, some of them working for Arab rulers as their physicians or librarians.

Christian pilgrims trekking to visit the holy sites in Palestine were a source of revenue for Arab rulers. They also made easy targets for Muslim bandits, who could justify their attacks as freelance jihad. In the tenth century (four hundred years after the Muslim conquest) less-civilized Seljuk Turks from central Asia displaced the Arabs as rulers of the Holy Land. They massacred Christian pilgrims, and renewed the onslaught of Muslim assaults on the remaining provinces of the Christian Byzantine empire.

So the eastern Roman emperor Alexios I, overlooking the religious schism which now divided his church from Rome’s, wrote to the pope asking for aid. And Pope Urban II answered.

Converting After the King

Most of the pagan kingdoms of western Europe had by now been Christianized — even the predatory kingdoms of the Scandinavians, whose Viking raids had terrorized England and France. The pattern of Christian conversion in most such countries had proved similar: monastic missionaries, many of them from Ireland, had evangelized individuals amidst fitful persecution. But the mass conversions of countries tended to take place once the king and his family had been baptized. Religious commitment was deeply entwined with tribal identity and loyalties. When kings and nobles responded to Pope Urban’s call to free the Holy Places and aid the Christian Byzantines, many thousands of westerners answered.

In this era of highly decentralized feudal rule, constant fighting was the profession of men in the Christian noble classes. However steeped in the rites and doctrines of Christian faith, knights and barons were also stained with the blood of their fellow Christians. These weren’t just, defensive wars such as Augustine had specified Christians could fight. They were vicious squabbles over territory, fought for glory and profit.

We have countless tales of ruthless warlords conducting sieges that ended with mass slaughters, then seeking forgiveness for their sins. Before the Turkish conquest, penance for battlefield sins often took the form of pilgrimages to the Holy Land. In the best times, this was a life-endangering proposition, given the hazards of travel, exposure to strange diseases, and the real possibility that a baron might end up captured by Arabs and enslaved.

Urban had the inspired idea (and perhaps it was indeed divinely inspired) to organize the feuding, guilt-ridden warriors of Christendom into a single holy pilgrimage. They would march to the aid of a Christian emperor, and free the holy city of Jerusalem from its Muslim conquerors. They would aid the native Christians, ending their servitude, and establish free access for pilgrims to the sites of the life of Christ.

This isn’t the place for a detailed account of the First Crusade. For that, read Rodney Stark’s God’s Battalions and Jonathan Riley-Smith’s The Crusades, Christianity, and Islam — two recent accounts that highlight the genuinely religious motives of crusaders. Both scholars dispel the centuries of distortion and outright slander that have accumulated around the subject of the Crusades.

They point out that anti-Catholic sentiment in the wake of the Reformation helped sour subsequent generations on the Crusades — especially after several popes wrongly declared “crusades” against Christian dissenters, such as the Hussites. Even worse, Enlightenment writers such as Voltaire falsely painted Muslim rulers as sophisticated and tolerant, and pretended that crusaders marched in order to enrich themselves and exterminate Muslims. Even the Romantic novelist Sir Walter Scott, otherwise a booster of things medieval, offered air-brushed portraits of Muslims as worldly and tolerant, while crusaders come off as avaricious bigots.

In fact, as Stark and Riley-Smith demonstrate, crusaders typically bankrupted themselves to equip their entourages for the journey. Few expected to return home alive, so they left their estates with their heirs. When the First Crusade, through a series of seemingly miraculous events, succeeded in conquering both Antioch and Jerusalem, the crusaders set up feudal states — like those they knew back at home. But they did not persecute Muslims, or even set out on a serious effort to convert them to Christianity. Instead, they established Christian states that broadly tolerated extensive religious differences.

There were appalling atrocities committed along the way — mostly by disorganized bands of commoners who attached themselves to the Crusaders. Against the explicit orders of local bishops and Christian nobles, these mobs making their way pointlessly to the Holy Land sometimes attacked local Jews. Despite the best efforts of churchmen to protect these peaceful citizens, the mobs often prevailed. Jewish chronicles of the period of the Crusades understandably lay heavy emphasis on these atrocities, which Christian authorities universally condemned and tried to prevent.

Learning to Forgive Our Ancestors

Our picture of the Crusades today is jaundiced, viewed through many layers of hostile sentiment: anti-Catholicism, anti-Western multiculturalism, and secularist scorn for Christianity in particular. It’s easy to focus on the slaughters that often ensued after lengthy sieges — and forget that these occurred just as often in Europe among fellow Christians, and invariably after Muslim sieges of Christian or Hindu cities. Such were the laws of war at the time, all around the world, much as we now deplore them.

But a broader and fairer view of the Crusades ought to see them at least as much as a long-delayed defensive counterattack on the part of Western man, and Christendom, after hundreds of years of almost uninterrupted Muslim aggression: a kind of D-Day invasion.

Religious freedom for Christians in the Middle East was won, at least for some time, by the efforts of Christian volunteers willing to die in defense of their faith. Muslims at the time deeply respected their Crusader enemies. We owe these armed pilgrims at least the same.