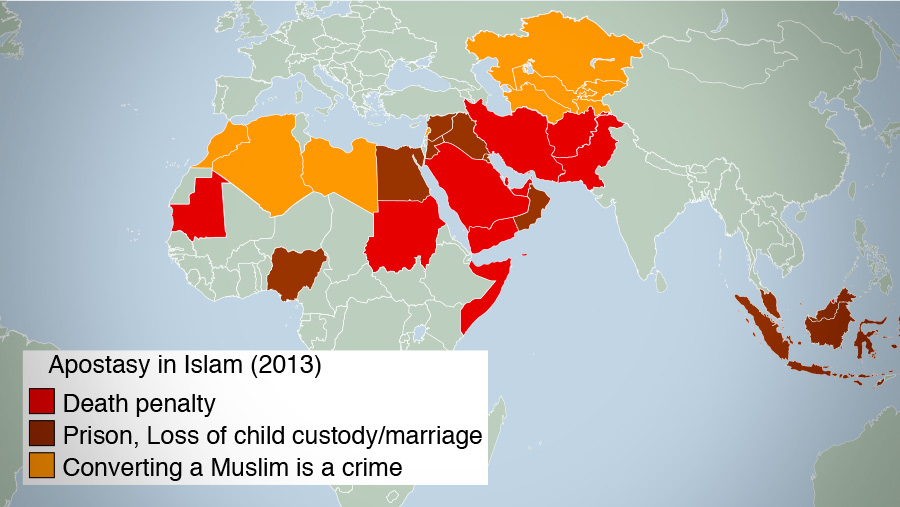 When Augustine called on Roman emperors to forcibly suppress the Donatist heretics, he found a willing audience. In fact, Arian and orthodox emperors had already been using imperial force against dissenters long before him. His arguments, however, would echo over the centuries and justify countless future uses of state power to settle religious disagreements.

In the West, the collapse of Roman authority left the bishop of Rome free of most secular interference — indeed, it would fall to popes like Gregory the Great to rule the city itself, and restore some semblance of order. The rise of a new Holy Roman Empire in 800, ruled by Charlemagne, would see a secular force arise that could exert some influence over the papacy. But the political independence of the pope in faraway Rome would guarantee that the Church could never become a mere department of government (as it still is in Russia today). Indeed, bishops throughout the West often wielded the same independence and authority as feudal lords, sometimes commanding armies.

The Church as a Department of State

The eastern half of the Roman empire based in Constantinople would retain its integrity, and serve as host and protector of millions of Christians for another 1,000 years — creating a rich and sophisticated culture that carried on the best traditions of antiquity. Unlike large swathes of the west, the east never saw the virtual collapse of literacy, nor the crumbling of central authority into the personal system of fealty known as feudalism.

Unfortunately, the very vigor of the empire meant that the Church in the east was much more subject to secular control, with emperors appointing and deposing patriarchs, inventing and enforcing heresies (such as Iconoclasm), and rigorously persecuting religious dissenters across the empire’s vast territories.

This would have its unanticipated consequences. Buttressed by the examples of the early Church’s martyrs, and Jesus’ own example, Christians are particularly resistant to attempts to convert by force. Even Christians whose theology is distorted by heretical views can sense that freedom of faith is of the essence in their religion. So groups who dissented from the official Church consensus on crucial doctrines didn’t dry up and disappear. Instead, they operated underground, and sometimes even colluded with foreign enemies of a Byzantine government they saw as a wicked persecutor.

The Long Shadow of Heresies

The Donatists were a group of believers who over-emphasized Jesus’ humanity, compared to His divinity. Condemned by an ecumenical council, they continued to preach and practice, gravitating eastward toward Byzantium’s fiercest rival, the Persian empire. To spite Constantinople, the Persians welcomed Donatists, even as they persecuted orthodox Christian believers. While Donatists sent missions all through central Asia and even to China, they sometimes aided the Persians in their campaigns against Byzantium.

The Monophysites began as zealous enemies of the Donatists. But they soon overshot the mark, and began to distort Church doctrine to over-emphasize … Jesus’ divinity. They gained enormous popularity and influence in Egypt, whose Coptic church today is still the heir of Monophysite clerics.

For the fascinating stories of these marginalized but enduring Christian groups, see Philip Jenkins’ The Lost History of Christianity.

Repressing Heresy Made for Internal Division

While a few Byzantine emperors flirted with these heresies themselves, and others floated compromise doctrines (which would themselves get condemned as heretical), none attempted widespread tolerance. Since the age of Theodosius, Christian emperors had seen preserving orthodoxy as part of their secular mission as rulers. Those who neglected repression of heretics were suspect as heretics themselves, or of religious indifference which a just God would punish.

The policy of repression combined with high taxes and resentment at foreign rule to make the eastern empire’s hold over much of its southern territory somewhat brittle and unpopular. Orthodox bishops controlled most churches, with support from Byzantine armies, but much of the empire was a religious powder keg.

Welcoming the Muslims as Liberators

Then came the Muslims. In the wake of a punishing, decades-long war between Byzantium and the Persian (Zoroastrian) empire, Arabs united around the newly invented creed of Muhammad were able to overwhelm armies of both powers. Worse, these Muslim troops were sometimes greeted as liberators by large percentages of local Christians, whose heretical creeds had made the local bishops and rulers their enemies.

It would be far too late for second thoughts when these Muslim conquerors made clear their intentions to local Christians: Non-Muslim monotheists (Christians and Jews) would be reduced to third-class citizenship, to a degraded condition we might compare to the treatment of blacks in Jim Crow America, known as “dhimmitude.”

Read historian Bat Ye’or’s comprehensive study, The Decline of Eastern Christianity Under Islam, for documents and details. Dhimmis would pay a special tax to which Muslims were immune. They could not carry weapons, or work in a long list of professions. They couldn’t ride horses — only donkeys. They had to wear special clothing or badges, and step aside to make way when any Muslim tried to pass. Their testimony in court did not have the same weight as Muslims’, making them prey for legal mistreatment. They could not build new houses of worship, or repair damage to old ones. They could not ring bells, hold religious processions, nor obey the Great Commission of Jesus: preach the Gospel. Christianity was something they might teach their children, but no one else.

Most Muslim schools of sharia still maintain today that this is the proper relationship between Muslims and Christians, and the goal of Islamist activists is to see it imposed worldwide.

While Christians might prove resistant to sudden, brutal persecution, in the event most believers in the old heartlands of the Church — Iraq, Syria, Egypt, Palestine and North Africa — succumbed over the centuries, and drifted slowly into Islam. The prospect of a quick, gory martyrdom is apparently less powerful than the grim, grinding knowledge that you, and your children, and your great-great grandchildren, will be subject to constant humiliation, subjugation, and shunning. Christians in today’s West, subject to a secular sharia which targets faithful believers, should take warning from such history.