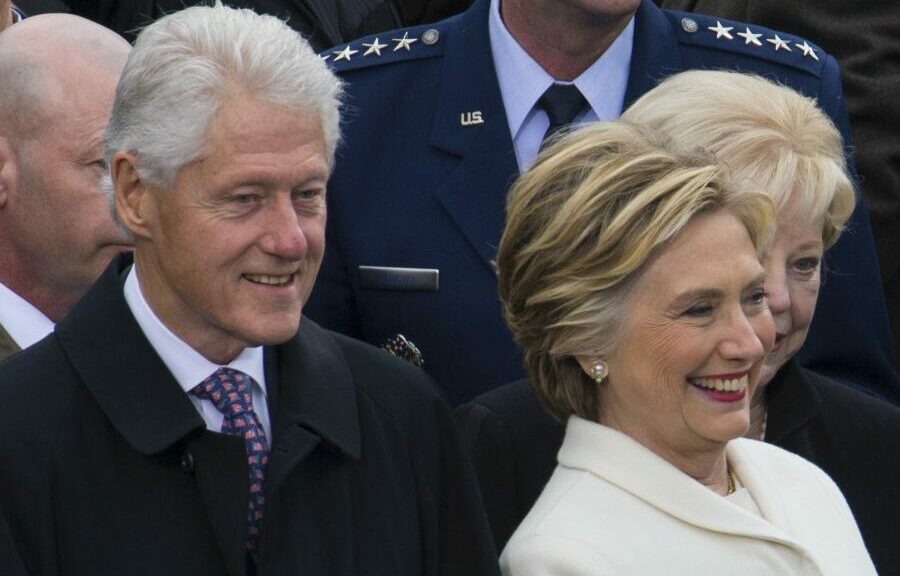 In separate interviews conducted in separate settings, former President and First Lady Bill and Hillary Clinton both issued dire warnings. If America keeps voting Republican and moving to the right, it will spell the end of Democracy in our nation.

According to Bill Clinton, there is a “fair chance” the United States could “completely lose our constitutional democracy.” In Hillary’s words, we are on the “precipice of losing our democracy.”

When have we heard these kinds of warnings before?

During the days when Bill Clinton was running for president, I saw an ad on TV one night. A house was on fire, burning down to the ground, but there were no firemen in sight. And, clearly implied in the ad, within this house were senior citizens!

This, we were told, is what will happen if the Republicans win the election. Cuts in federal funding will lead to the death of the elderly!

Is there no end to this fearmongering? Yet, to be totally candid, the sword cuts both ways.

To be sure, this was not identical to warning about the end of Democracy in our nation. But the appeal to fear — stark, terrifying fear — was certainly the same.

It was also in the 1990s that Hillary Clinton first spoke about the “vast right-wing conspiracy” that, in her words, “has been conspiring against my husband since the day he announced for president.” (This quote is from 2016, during her own presidential campaign.)

She continued in 2016, “It’s gotten even better funded. You know, they brought in some new multi-millionaires to pump the money in and — well, these guys play for keeps. They want to control our country. Senator Sanders and I agree on that completely. They want to rig the economy so they continue to get richer and richer. They could care less about income inequality.”

Yes, the takeover by the rich right is a real threat to our nation. What happens to our freedoms when the wealthy right-wingers rule?

Now, in her recent interview with the Financial Times, she stated, “If you go down the rabbit hole of far right intellectuals, you see that birth control, gay marriage — all of it is at risk.”

Trump is a Threat, and Biden Too

Indeed, according to other Democratic leaders, Donald Trump himself — even without the “far right intellectuals” and “multi-millionaires” — is a threat to Democracy.

As reported by The Guardian in February 2021, “House impeachment managers ended their case against Donald Trump with a warning that he would remain a threat to US democracy if he was not convicted and banned from holding public office again.”

Is there no end to this fearmongering? Yet, to be totally candid, the sword cuts both ways.

How many of us who vote conservatively were warned that a Biden presidency would spell the end of Democracy, especially with the alleged stealing of our votes?

The logic was impeccable.

First, the left really does want to take away our rights, imposing its own radical agenda on the nation. Just think of the implications of the so-called Equality Act.

Second, now that the Democrats have succeeded in rigging the voting system, we will never have a free and fair election again.

Third, with the Democrats in power and a newly-expanded Supreme Court packed with leftist justices, we will not be able to bring a successful challenge to the ruling party’s illegal dominance.

Fourth, with our guns taken away, we will not be able to defend ourselves against the expected government takeover.

Fifth, even without voter fraud, the opening of our borders would flood the nation with immigrants who would naturally vote for the party which let them in, thereby tipping the scales forever.

The problem is that there is at least some truth to some of these concerns.

And, to be totally candid, while I wholeheartedly reject the fearmongering of the left, I would love to see the Obergefell decision on same-sex “marriage” reversed by the Supreme Court one day, as Hillary and President Biden predict. (The social implications of that would be massive, of course. Nonetheless, the Court had no business redefining marriage. Reversing Obergefell would be a righteous ruling.)

The problem is that the extreme fearmongering on both sides produces even more fear. This, in turn, breeds irrationality and extremism rather than reasoned dialogue and sober voting.

So, the fear that “the other side” will take over our country and destroy it could easily lead to “our side” making sure that could never happen. This, then, confirms the fears of “the other side.”

How do We Address Fearmongering?

The solution for us is fourfold.

First, we refuse to engage in emotional and irrational fearmongering.

Second, we refuse to be moved by this rhetoric when we hear it.

Third, we make a rational and compelling case for our concerns.

Fourth, we seek to interact with others of like mind on “the other side.”

We will always have our deep disagreements and competing agendas. And some of our concerns and differences run very deep. No one is denying that.

But if we want to survive as a nation, we’ll have to work a little harder not to tear ourselves apart at the seams.

Dr. Michael Brown (www.askdrbrown.org) is the host of the nationally syndicated Line of Fire radio program. His latest book is The Silencing of the Lambs: The Ominous Rise of Cancel Culture and How We Can Overcome It. Connect with him on Facebook, Twitter or YouTube.

When a Misguided Pastor Makes Threats About a Violent ‘Christian’ Insurrection