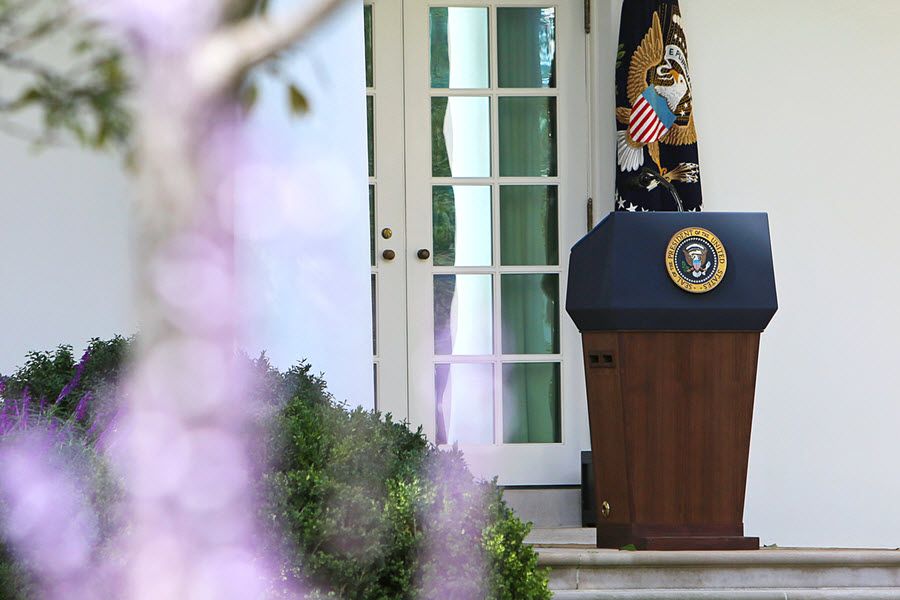 In some ways, President Donald Trump faced what should have been a shoo-in re-election last November. The economy came back strongly under his administration until the COVID collapse, but then it rebounded pretty quickly. Gasoline was cheap. Deregulation was opening up a surging energy sector. America was facilitating peace deals in the Middle East at an astonishing clip — nor had we plunged into any wars of our own. Good judges were being appointed by the score.

All things being equal, Americans prefer to hire a president for two terms. And yes, “America loves a winner.” Looked at from the perspective of “winning,” the Energizer-Bunny-in-Chief looked like a roaring success.

The China Virus was quite a speed bump, to be sure. Despite many attempts to pin blame on him, in my opinion, our difficulties were mostly not Trump’s fault. Operation Warp Speed succeeded. American leaders at all levels made some serious mistakes, and got some things right, but Democrats did not come out shining.

Neither was Joe Biden in a bunker (or out of one) an inspiring figure. During the summer of 2020, Democratic cities were set on fire and trashed by Democratic mobs, whipped into a frenzy by lies about the police produced by the Left. All things being equal, that should have weighed against Democrats, and probably did, some. And again to give Trump credit, despite constant charges of “racism,” voting showed new cracks in the Democratic wall of rhetoric that’s kept some communities from voting with Republicans for their natural interests and the good of America.

True, the deficit became much worse over the past four years, but few seem to care about that.

Yet, Trump lost. So the question now is, where to we go from here? Despite all his accomplishments and advantages, let me ask those who like me voted for Donald Trump, to face two facts: (1) Donald Trump lost that election, and (2) he will never be president again.

“But the election was stolen!” you say. Okay, but Trump and his team were unable to convince even long-term, solidly conservative governors and judges of that. Even Tucker Carlson contends no more than that Big Tech and the Media prevented the American people from fairly considering all the facts. He’s right on that: They did, and we need to find alternatives to that crooked oligarchy. The sooner the better.

But few of the other conspiracy theories have panned out. And as the weeks went by, Trump’s wrath therefore spread out in circles like waves in a pond, until they spattered even Mike Pence, of all people. Trump’s willingness to attack formerly faithful supporters has long been one of his least-attractive qualities.

Again, Tucker is right. The Media proved themselves corrupt. They refused to cover Democratic riots honestly. For years, they’ve played up fake incidents to stoke racial animosities. They censored articles exposing the manifold corruptions of the Biden family.

We Need to Find Another Candidate

He may win the Republican primary in 2024. But no matter how much you appreciate his good qualities — courage, promises mostly fulfilled, humor, his many genuine accomplishments — we need to find another candidate. Because after the riots of January 6th, like it or not, Donald Trump will never inhabit the White House again.

Even in Texas, 45% of respondents have said that Trump should be barred from seeking office again! I wouldn’t go that far, but still I would find it very hard to vote for him again.

We should be winning elections. The Democratic Party ought to be imploding right now. It has become a party for grumps, socialists, bigots, neo-racists, defiers of biology, child-mutilators, evangelists for voodoo economics, and bailiffs for the Kangaroo Court that is Cancel Culture.

Who wants boys in girls’ bathrooms? Who needs this noxious, racist haranguing? California is collapsing. The New York City that Giuliani and Bloomberg built up is disintegrating. LA, Chicago, Seattle, Portland and Minneapolis are falling apart. America needs a voice that will speak for the people who love these cities, and their suburbs, and is not focused on “endless wars” with his staff or allies.

So here is my plea to Republican leadership.

Please, find a candidate for 2024 who will fight tooth and nail for our principles, without alienating those who should be on our side.

Find one who will win over Asian parents who want their kids to get a fair shake when they apply to university.

Pick one who can encourage votes from older ladies in tenement houses who fear what criminals have done to their neighborhoods.

Find a candidate who will win over civic boosters who want honest, patriotic education, and who fear the rise of Woke Racism.

Track down that one Republican who will listen to those of us who worry about throwing of trillions of dollars out of airplanes to win votes; one who refuses to sell our children and grandchildren down the river to our creditors.

We have a big country. There are a lot of good people out there “across the fruited plain.”

Please, my Trump-supporting friends, let’s agree on someone who shares Trump’s virtues, but is a better man or woman. The country needs us united.

Trump is one heck of a fighter, including with his allies. If you’re running for president, you can’t afford to have more enemies than allies. If we keep fighting one another, the barbarians within and without will win, to the world’s terrible loss.