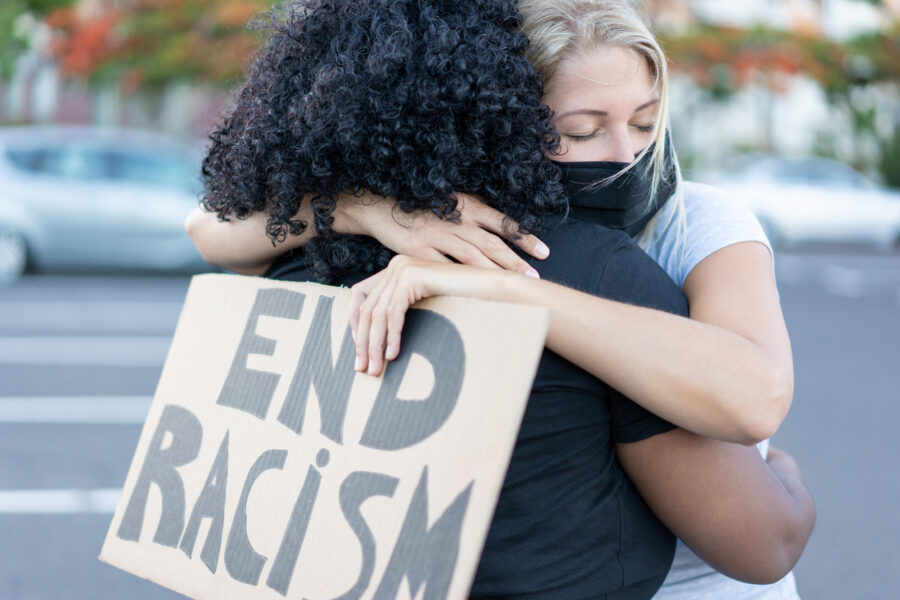 America is reeling again at the news of yet another mass shooting, this time resulting in 10 people dead and 3 injured. In particular, the Black American community is reeling, since they were the particular targets of a depraved White teenager, allegedly a self-professed White-supremacist. How can such a thing happen in this day and age? Innocent Black Americans having their blood spilled by an evil White man?

Yet the evil in this young man’s heart goes deeper still. It was not just Black Americans he targeted for murder. He was a Jew-hater as well, actually calling for Gentile Americans to declare war on American Jews.

In his own words (from the manifesto he posted online), “The real war I’m advocating for is the gentiles vs the Jews. We outnumber them 100x, and they are not strong by themselves.

“By their Jewish ways, they turn us against each other. When you realize this you will know that the Jews are the biggest problem the Western world has ever had. They must be called out and killed.”

This is reminiscent of the sentiments of Jew-killer John Earnest, himself a professing Christian, who told a 911 emergency line dispatcher, “I just shot up a synagogue . . . because Jewish people are destroying the White race.”

To be clear, I do not want to draw attention away from the very real tragedy that unfolded live and online on Saturday. (What kind of sick world are we living in?)

Ten men and women went out shopping and never came home. Others were seriously wounded. Families are in shock and agony. Who can imagine their grief?

May God give them comfort and hope in the midst of their unspeakable pain.

And tragically, this massacre only confirms the fears of many Black Americans, in whose minds racism is alive and well in our country and violent White supremacists are never far away.

May we rise up as a nation to condemn these evil acts and to demonstrate tangibly that they represent the sentiments of the tiniest, most demented fringe minority. Not on our soil! Not on our watch!

As reported by the New York Post, “Through his ‘research,’ the self-described white supremacist and anti-Semite came to see low white birth rates around the world as a ‘crisis’ that ‘will ultimately result in the complete racial and cultural replacement of the European people.’”

This mirrors what John Earnest (himself only 19 at the time) wrote in his own manifesto: “It is unlawful and cowardly to stand on the sidelines as the European people are genocided [sic] around you. I did not want to have to kill Jews. But they have given us no other option.”

Both Blacks and Jews must be eliminated.

We Need Each Other

In the early 1990s, while walking the streets of Manhattan with a colleague of mine, himself a Jewish believer in Jesus like me, I encountered a group of Black Hebrew Israelites preaching on a street corner with a loud sound system.

The main speaker was railing against White Jews like me. He claimed we were not Jews at all but were the manifestation of Satan.

Never one to back away from confrontation, I approached their stage and asked him, “If we are not Jews, why did Hitler try to exterminate us?”

He gave a lame answer (although he actually quoted a few words in Hebrew to me!), and I walked on, only to sense in my spirit that I was not finished yet.

So, I turned back and began to shout out, “These men are preaching a religion of hate! Jesus preached a religion of love!” (At this, the burly bodyguards approached me with clubs in their hands, but I made clear that my intentions were entirely peaceful.)

Then I said, “We are both nations of liberated slaves, and one day, we’re going to find ourselves at the bottom of the barrel. As Blacks and Jews, we need each other!”

At that, as I was the only White person in the crowd (along with my friend), the listeners began to shout, “Death to the White man! Death to America!”

But I had made my point, which I believe to this day. (For my 2019 encounter with a similar group in Charlotte, NC, see here. For the 2019 murder of Jews in New Jersey by a Black man connected to Black Hebrew Israelites, see here.)

Time to Repair the Breach

As Blacks and Jews in America, we do need each other.

Sadly, the strong bond once felt by American Blacks and Jews, epitomized in the famous picture of Rabbi Abraham Joshua Heschel marching arm and arm with Dr. Martin Luther King, has largely been severed.

Now is the time to repair that breach.

Now is the time to talk face to face and overcome mutual suspicions and fears.

Now is the time for Americans Jews and Blacks to join together, backed by every follower of Jesus in the nation, and declaring, “There is no place for this kind of murderous hatred in our land!”

And now is the time to uproot the lies which fuel the fires of this hatred.