The Brew: What Color Pantsuit Goes With a Tin Foil Hat? 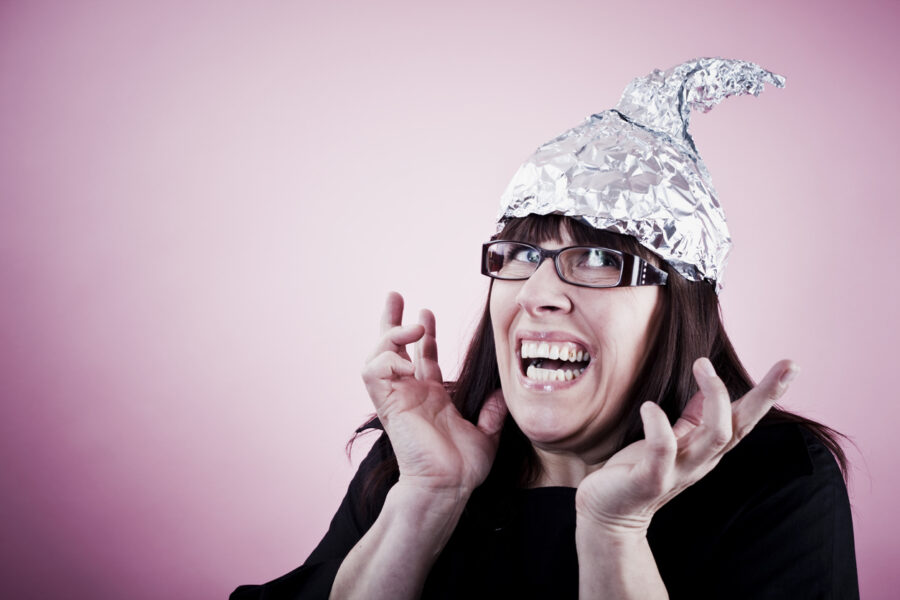 The Stream will have more on the debates coming up later this morning.

But in the meantime …

You look up “chutzpah,” and there’s a picture of Hillary Clinton. You almost have to stand in awe of her gall. On Friday, Clinton delivered a message to a progressive group. There she made the claim: “Right-wing extremists already have a plan to literally steal the next presidential election and they’re not making a secret of it.” Yes, “MAGA Republicans” are fixing 2024.

This from the woman who organized, paid for, and pushed a horrific hoax, scam, black op to frame Donald Trump as a Russian Colluder in order to win the 2016 election.

What makes Clinton’s words ominous is that she’s citing precisely the excuse used by those who conspired to fix the 2020 election. Go back and read the boastful Time magazine article laying out some of the details. They concocted this notion that Trump was going to steal the election, ergo they had to “fortify” the election. And that meant teaming with Big Tech, media, government loyalists and swing state Secretaries of State (Soros-funded) to stifle speech, create new election procedures like widespread mail-in balloting, and ensure progressive activists funded by Mark Zuckerberg took over local election operations in crucial swing state districts. Among a host of other dirty deeds.

The good news is the American people are on to the scam. The people who benefited from the wrecked election system have gone on to wreck the country.

As for Hillary… Well, Paul Sperry reports that a major exposé by a major D.C. reporter is about to drop detailing the extent to which the media directly conspired with the Hillary Clinton campaign and friends to sell the fake story of Russian Collusion.

Whoa. Voter Analytics Firm Harvested Location Data From Millions of Americans During COVID Lockdown and Used the Data to Assign a ‘COVID-19 Decree Violation’ Score … and Dems Used That Data to Help Mark Kelly Win a Senate Seat in AZ in 2020

A bombshell from ReclaimTheNet.Org. Well, two bombshells if you think about it.

Voter analytics firm PredictWise harvested location data from tens of millions of US cellphones during the initial Covid lockdown months and used this data to assign a “Covid-19 decree violation” score to the people associated with the phones.

PredictWise then used this data to help Democrats in several swing states to target more than 350,000 “COVID concerned” Republicans with Covid-related campaign ads.

Bombshell One: Some Democrat-helping firm gobbled up the location data of tens of millions of Americans, and used it to calculate how well Americans were following COVID restrictions. Creepy-much?

But here’s your twist that has little to do with the story itself. Democrats used “ultra-granular location patterns” garnered from cellphones to help elect somebody. In other words, they know the technology works, that the geo-cellular tracking is a real deal. So Democrats cannot (honestly, anyway) dismiss Dinesh D’Souza’s 2000 Mules. By their own actions they confess that the True the Vote analysis tracking those “2000 Mules” was legit. Thus, the “location patterns” uncovered by True the Vote do demonstrate a massive ballot harvesting and ballot box-stuffing scheme, which stole the 2020 election from Donald Trump.

The New York State Supreme Court has reinstated all employees fired for not taking the jab. With back pay. The court ruled the state mandate violated rights, was unconstitutional, and that New York State’s behavior was “arbitrary and capricious.“ Oh and, not for nothing, “Being vaccinated does not prevent an individual from contracting or transmitting Covid-19.”

Meanwhile, before getting his fifth jab Tuesday, Joe Biden once again peddled the scientifically-disproven slander that “This is a pandemic of the unvaccinated.” Oh, and this would be the same pandemic he said was over just a few months back.

You have to wonder if the people who put the words in his mouth ever talk to each other, because they seem to contradict each other a lot.

Who Woulda Thunk? Math Scores Plummet in Every State

Math scores sunk like a rock in every state during the COVID-19 pandemic, an Education Department report revealed Monday. (Correction. It wasn’t the pandemic per se. It was the school lockdowns that kept low-risk kids out of classrooms.)

Students in the 2nd and 4th grade saw the biggest drop in scores ever, according to the National Assessment of Educational Progress.

Between the Woke politics and Critical Race Theory, it seems that the only math schools are good at is division. Well, that and multiplying genders.

Seriously, if your school board and politicians aren’t talking about how to catch our kids up, and stressing the fundamentals, vote ‘em out. It’s not rocket science. But that’s how we get rocket scientists.

Looks like WNBA star Brittney Griner is stuck in Russia. A court has rejected her appeal of a nine-year prison sentence for bringing in cannabis oil. On the plus side, the appeals court did agree to include her pre-trial detention as time served.

National Security Adviser Jake Sullivan condemned the court ruling in a statement, ensuring that efforts to free her continue.

Why would the White House think they can get Russia out of Ukraine when they can’t even get one basketball player out of Russia?

Words you rarely hear from John Z: “I Was Wrong.” But that’s in the title of his latest “I Was Wrong: Ukraine Could Win. Now It’s Time to Negotiate, Not Sleepwalk Into World War III.”