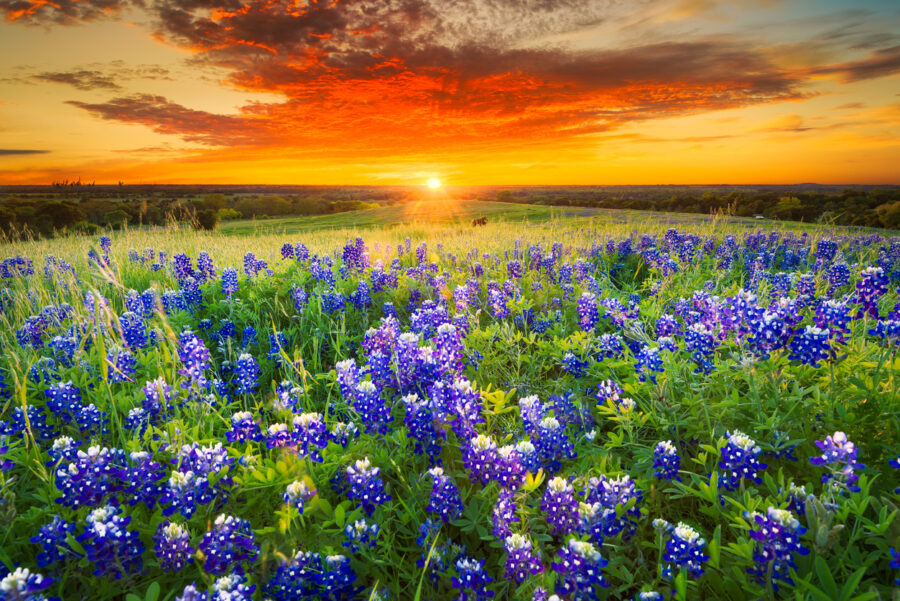 You’ll be blown away by today’s Brew. Or least by the first story …

Why Texans Aren’t Too Impressed by You: The Most Amazing Video You’ll See Today

Ever wonder why Texans don’t seem too impressed with people from other states? Because of moments like this that demonstrate why Texans are Texans.

Do your thing, Twitter! I’d love to find/ interview this driver. @FOX4 pic.twitter.com/pXrPDyS0bz

Yep. You just saw a tornado flip someone’s truck … with them inside. And when the truck somehow landed right side up, this Texan calmly drove off. Probably even told the twister, “Thanks for the lift, buddy.”

That sure is Texas for you in one 30 second clip.

In another type of bravery …

The Babylon Bee won’t budge. The satire site is refusing to delete a tweet where they named Assistant HHS Secretary Rachel Levine its “Man of the Year.”

We're not deleting anything. Truth is not hate speech. If the cost of telling the truth is the loss of our Twitter account, then so be it.

I wonder. Given the former Richard Levine was married to a woman and sired two kids, would Twitter lock the Babylon Bee out if they’d named Levine “Father of the Year”?

The Babylon Bee's editor in chief has now been locked out of Twitter for hateful conduct. pic.twitter.com/toNL98w2mb

If we agree to succumb to their ideological madness simply to access a wider audience, we’re giving up our minds, the last holdout against tyranny. We’ll wait Twitter out, we’ll appeal Twitter’s decision, we’ll spread the message far and wide that we’ve been kicked out for “hate speech” simply for telling a joke Big Tech did not like.

It’s time to take a stand, and that time is now. If we wait any longer, we may no longer have that chance. We’ve been incredibly blessed at The Babylon Bee in that we have a healthy number of paying subscribers who help us keep the lights on, and we’re going to use that to stand firm here and do what’s right. We’ll continue to spread our comedy and tell our jokes that communicate truth to a culture that hates truth on whatever platforms will allow us to, and we’re grateful for those who stand alongside us in this fight.

We’ve seen in recent days two examples of conservatives turning the tables on the mainstream media.

Listen to the entire exchange here:

After his opening statement at Judge Jackson's nomination hearing, ABC News tried to play “gotcha” with Sen. Hawley, repeating the White House's latest talking points verbatim. But when pressed on the facts, they had nothing.

Hear the full exchange below. pic.twitter.com/zGDsmVY2QT

Even more hysterical. The New York Times wanted comment from Candace Owens on her “advancing ideas that Ukraine is a corrupt country.” How did she respond?

“I got my ideas from the New York Times” … and gave them the links.

Meanwhile, now that the same NYT admits Hunter’s Laptop is the real deal, Gov. Mike Huckabee says, “Lesley Stahl Needs to Apologize. Think She Ever Will?”

Documents obtained from Microsoft indicate the DOJ and Southern District of New York were secretly digging into the journalists of Project Veritas earlier than previously known. And, according to James O’Keefe, they were violating direct court orders as well.

All this because Ashley Biden left a diary at some place she had been staying? The Biden administration is violating court orders to investigate a journalist on behalf of Biden’s daughter? (You wash my back, I’ll wash yours.)

Or does this go behind Biden’s other child with abuse and sexual addiction issues? After all, O’Keefe says the documents show SDNY was secretly nosing around eight months before Project Veritas even heard of Ashley’s diary.

White House press secretary Jen Psaki has been described on social media as angrily or furiously rebuffing questions about Hunter’s laptop. Can’t say I blame her. Psaki was State Dept. Spokesperson during the Obama years when the State Dept. was warning Joe that Hunter’s Burisma deal was bad news. Wouldn’t blame her for being ticked. “Had you listened then, this wouldn’t be biting us in the butt now!”

Meanwhile, COVID-19 has bitten Psaki again. She’s tested positive and won’t be traveling with Joe to Europe. Whatever symptoms she’s experiencing can’t be worse than the headaches she would have had on this trip. But we do pray for a speedy recovery.

Biden Talks ‘New World Order’ … No Not That Order.

When talking to business leaders Monday, Joe Biden spoke glowingly that “there’s going to be a new world order out there, and we’ve got to lead it.” New World Order?!

But oh, the media and fact-checkers were quick to say, Biden wasn’t talking about the “New World Order” that the “conspiracy theorists” talk about. No siree Bob. (Notice how even when Biden is coherent they have to correct him?)

Newsweek described the “New World Order” as “a conspiracy theory that stipulates a secretive globalist authority is seeking to control the world under a totalitarian regime and strip sovereign countries and its citizens of their freedom.” So what’s the difference between that and what Biden is talking about? Aside from “secretive”? You think the Canadian truckers would see much of a difference?

Save up your pennies. Pop artist Andy Warhol’s iconic portrait of Marilyn Monroe, “Shot Sage Blue Marilyn,” is going up for auction in May, Christie’s announced Monday. At an asking price of $200 million, the work “is poised to be the most expensive painting of the 20th century ever sold at auction.”

The 1964 painting has been consigned by the Thomas and Doris Ammann Foundation in Zurich. The foundation will use the proceeds to fund its international health and education programs for children.

You know how big a seven-week-old unborn child is? About the size of a coffee bean. Seven Weeks Coffee made the connection. They give 10% of its sales to pro-life work while selling ethically sourced coffee. Read about them in “Drink Java, Save Babies.”

Let’s call them the unofficial coffee of The Brew. At least for today.