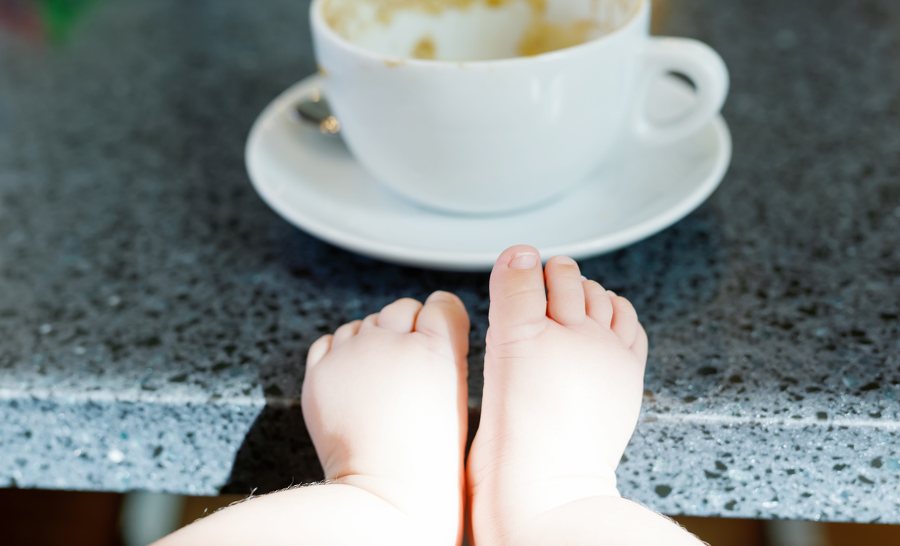 In just the four months since hitting the market in November, a pro-life coffee company has donated more than $3,500 to pregnancy resource centers.

Seven Weeks Coffee, founded by Anton Krecic with the help of his wife, Christa, offers ethically sourced coffee with a mission of supporting life.

“At seven weeks, a baby’s the size of a coffee bean. So, that’s where we get our name,” Krecic said in a phone interview with The Daily Signal. “It’s the same time a heartbeat is clearly detectable. So, our mission is to protect every beating heart by supporting ultrasound services in pregnancy care centers.”

The company, which sells its coffee online, donates 10% of each sale to various pro-life pregnancy centers. Krecic said that since the charitable donations are calculated from the selling price, not from profit, customers can be sure $1.69 of each $16.99 purchase goes directly to pro-life causes.

“We like to say it’s leading with our tithe, giving first,” Krecic said. “It’s as transparent as it gets. I like to say we just move the decimal place over one spot.”

Krecic said he has always loved coffee and always supported the pro-life movement, so he decided to combine his two passions. He also saw an opening in the coffee market for alternatives to companies such as Starbucks, which donates to Planned Parenthood through its matching gift program.

“There was more of a need than I saw, because where you buy your products is very important. Especially either as Christians or as conservatives, it’s really hard to buy products from companies that align with our values,” he said, noting:

One of the things I like to say is we’re not asking for a donation. We’re saying, if you drink coffee, but would consider drinking it through us, we’re going to have a really big impact in defending life and protecting the unborn. 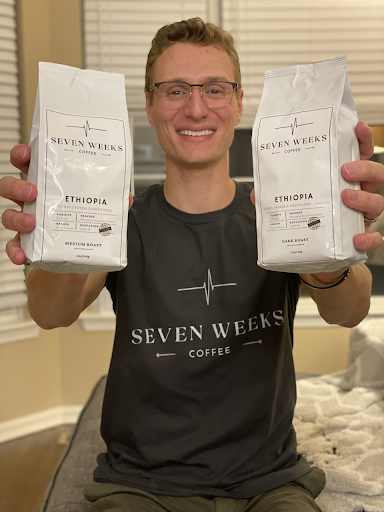 Seven Weeks Coffee has donated to resource centers such as the Cleveland Pregnancy Center; Mosaic Virginia, an abortion clinic alternative; and Vans For Life, which provides mobile pregnancy help centers outside of abortion facilities.

Krecic said he drew inspiration for his company from visiting a pregnancy center and seeing its mission firsthand.

“They’re the hands and feet of the pro-life movement,” he said. “They’re really the ones that are helping women, in really difficult circumstances, to choose life for their child and share with them the Gospel and also some practical resources to help them through pregnancy.”

Krecic said, in addition to the pro-life mission, a huge focus of Seven Weeks Coffee is the coffee itself. After learning about low wages for farmers, untraceable sourcing, and pesticides in the coffee industry, he searched for ethically sourced, top-quality beans.

“We partnered with a faith-based coffee roaster who sources their coffee through direct trade. This means they have a direct relationship with the people who are farming and processing the coffee,” he explained. “It’s from Ethiopia, which is the home of coffee. It’s where coffee was originally found.”

In Krecic’s view, Seven Weeks Coffee can be a role model for the coffee industry.

“No pesticides, no coffee plantations, no big commercial farming equipment. So, it’s as clean and as natural as it gets,” he said, adding:

From farm to cup, we’re transforming the coffee industry by uplifting people well before profits — from the farmers who are growing our coffee to, ultimately, the pregnancy care centers we get to support.