The Brew: The Bidens and Other Disasters 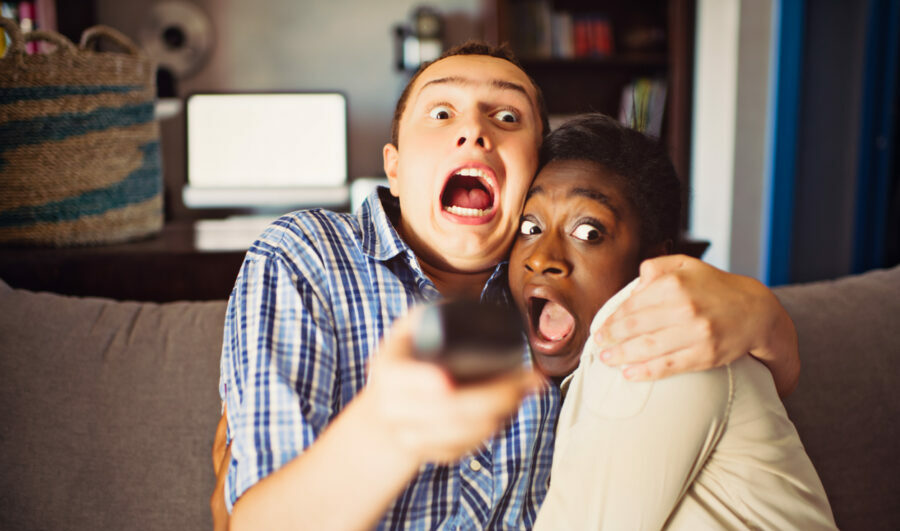 Today’s Brew is a blast. (Or a potential nuclear blast in NYC at least.)

On Tuesday, a former Apprentice associate producer testified that Trump’s phrase, “You’re fired,” was actually a dog-whistle for “When I lose the 2020 election, I want you to storm the U.S. Capitol and fire on the Congress.” Rep. Liz Cheney nodded, as a soft tear trickled down her cheek.

Satire or prophesy — you decide.

What you definitely did not hear was the stunning, but not surprising, revelations from a whistleblower, as reported by Gateway Pundit. Seems the FBI had a confidential source who had infiltrated the Proud Boys, was running the January 6 FBI operation … and reported in real time to the FBI that the Proud Boys did not instigate any trouble on January 6. In fact, they were working to stop trouble when it did break out.

The whistleblower leaked not only the report the FBI source wrote the bureau, but a trove of texts and other “highly sensitive” materials.

Gateway Pundit’s conclusion: Biden’s DOJ knew full well the Proud Boys were not guilty, but is prosecuting them anyway.

were not involved in, nor did they inspire the breaking of the barriers at the Capitol building. CHS describe the scene as the crowd doing it as a ‘herd mentality,’ and that it was not organized. The crowd was shouting ‘stop the vote,’ as they made their way to the Capitol building. … There were no overt threats of violence made at that time.

Shocking news Monday. Joe Biden wasn’t the Biden with foot most firmly in mouth. Amid collapsing support among Hispanics, Jill Biden was sent to the “Latinx Incluxion” conference Monday. (First problem. Going to a conference using the phrase “Latinx,” which only 2% or so of Hispanics use and multitudes more find offensive.)

And out came this doozy: “The diversity of this community as distinct as the bogidas of the Bronx, as beautiful as the blossoms of Miami, and as unique as the breakfast tacos here in San Antonio, is your strength!”

Jill Biden says Hispanics are as “unique” as tacos and calls bodegas “bogidas.”

No wonder Hispanics are fleeing the Democratic Party! pic.twitter.com/rhBB1pSNvZ

Yes. The First Lady compared Hispanics to breakfast tacos. Oh, but she did it with such enthusiasm. And bonus points for mangling “bodegas” into “bogidas.”

The National Association of Hispanic Journalists was not pleased, tweeting “We are not tacos.”

NAHJ encourages @FLOTUS & her communications team to take time to better understand the complexities of our people & communities.

We are not tacos.

Our heritage as Latinos is shaped by various diasporas, cultures & food traditions.

Do not reduce us to stereotypes. pic.twitter.com/KQIq5gwsht

Sen. Marco Rubio was more subtle with his response:

Biden Off to Middle East to Pressure … Okay, Beg … OPEC to Produce More Oil. But No Handshakes.

As Texas and the other oil producing states scream, “Hey, Gramps, Over here!”

What you won’t see is Biden shaking hands with the Israeli Prime Minister. The Jerusalem Post is reporting the White House has told PM Yair Lapid’s people no handshake because of the surge in COVID-19 infections in the U.S. and Israel. (Incidentally, Israel is about the most vaccinated nation on the planet.)

A progressive group called RootsAction, which backed Biden in 2020, is out to bounce the Big Guy. Saying that re-nominating Biden would be a “tragic mistake,” RootsAction has launched a website DontRunJoe.org, and will be promoting the #DontRunJoe hashtag after midterms.

Sure, we’re not going to do anything about rapes, murders and assaults in public places, but we will spend tax dollars advising New Yorkers on what to do if the city is nuked.

Step One: Get inside a building ASAP. “Staying in a car is not an option.” If the choice is between nuclear incineration and a mugger, I’ll take my chances with the radiation.

Step Two: Shut doors and windows, get to basement. If exposed to the blast outside, remove clothing and shower with soap and shampoo. You want that tush clean when you’re kissing it goodbye.

Step Three: “Stay Tuned” to media for information and emergency alerts and how it’s all Trump’s fault.

Step Four: Express regrets for never having gotten around to seeing Cats. I made that up. But I didn’t make up the ending: The spokesperson declaring, “Alright. You’ve got this.”

Seattle in Danger of Tsunami?

If a major earthquake were ever to erupt on the Seattle Fault running under the city, Seattle could get swamped by a 42-foot-high tsunami. That according to a new study from the Washington State Department of Natural Resources.

That still wouldn’t wash away the stench ANTIFA has left in the city.

Stream Founder and Publisher James Robison and Senior Contributor Dudley Hall have a message to share with our readers: “Song for the New Day”

Finally … a big thanks to John Zmirak for finishing up yesterday’s Brew while I was on assignment. That assignment being finding a good place for a rest stop while on the road.