The Brew: Singing the Southwest Blues 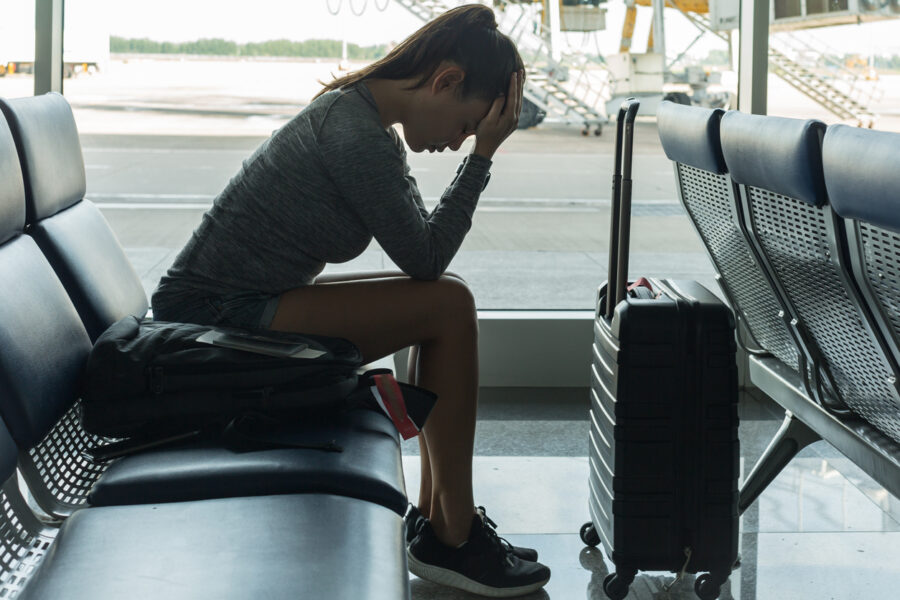 The air travel nightmare continued Wednesday, with Southwest still in meltdown. Southwest cancelled another 2,600 flights by midday Wednesday. All told, Southwest had cancelled 15,700 flights since Winter Storm Elliott started making a mess of things on Dec. 22. Southwest CEO Bob Jordan apologized Wednesday, but says it’ll be several more days before the company will resume normal operations. In fact, some 2,300 flights for today — or nearly 60% of the Southwest schedule — have already been scrapped as the airline scrambles to get planes and staff re-positioned.

You can’t go totally blaming Old Man Winter. The New York Times explains how Southwest’s “point-to-point” flight system leaves Southwest vulnerable to planes and crew being caught out of position when bad weather hits. Other airlines follow a “hub and spoke” model, where planes return to a hub, making it easier to shut down specific routes, then ramp things back up when the skies clear.

Also, Southwest passengers have been having fits communicating with the airline. In fact, according to the NYT, the customer service line was even disconnected at one point. Call centers remain overwhelmed.

The meltdown’s been so serious the airline is thinking of changing its name to Hindenburg.

Other Airlines Step Up

Kudos to American Airlines, United and Delta. They’ve each announced a price cap on select flights in order to help stranded Southwest Airline passengers fly home without having to spend thousands. Southwest does not have agreements with other airlines that allow for the easy rebooking on other airlines in the case of cancellation or other problems. So, a tip of the cup to these other carriers for stepping up.

COVID Testing Chinese Air Passengers? I Thought That Was Xenophobic

The Biden administration is barring airline passengers flying from China unless they show a negative COVID test before boarding.

This would be the same Joe Biden who called President Trump xenophobic for banning travel from China at the outbreak of the pandemic.

Speaking of COVID, Elon Musk, who is currently releasing Twitter files on how the government used Twitter and other social media to censor information contrary to the Fauci party line, offered an interesting tweet Wednesday.

GOP Rep-Elect George Santos Cops to Inventing Much of His Bio, Shrugs It Off

Democrats are requesting newly elected congressman George Santos, R-N.Y., resign, now that he has admitted to making up claims about his family, his education, his religion, his work experience … probably even his shoe size. On the other hand, he didn’t claim to be a Native American in order to get a cushy Harvard gig.

Tulsi Gabbard, guest hosting for Tucker Carlson, smacked Santos around Tuesday night. “My question is, do you have no shame?”

Santos says he won’t resign, and, besides, he says it’s not like he’s done anything “criminal.” He tried defending his claims, playing semantics, then told Gabbard the discussion was “going to go way above the American people’s head.” Gabbard body slammed him.

You’re saying that this discussion will go way above the heads of the American people, basically insulting their intelligence. So not only are you now backtracking on these lies that you’ve told, but you’re saying that you can’t explain it in a way that your constituents would actually be able to understand.

Should he be in Congress? He’s too slimy to be a used car salesman. But then again, in a Congress that still has Adam Schiff and Ilhan Omar, perhaps he’ll fit right in.

Santos is an amateur compared to Biden. Here’s Breitbart’s list of the top 15 Biden “Outlandish Lies.”

In case you’re wondering, Congress would not be able to exclude a duly-elected representative from taking office. However, once sworn in, Congress can take steps to expel Santos. It would take a 2/3rds vote.

Should the new Republican Speaker of the House back an effort to expel George Santos once sworn in?

A recent, embarrassing New Year’s Eve tradition is no more. CNN’s New Year’s Eve reporters will be prohibited from drinking during the network’s coverage. For the past several years, CNN hosts, whether Don Lemon or Anderson Cooper or Andy Cohen and assorted sidekicks, made a thing of getting drunk on air while covering the New Year’s Eve festivities.

According to Variety, CNN’s new boss Chris Licht told staffers in a November call that the on-air boozing eroded the credibility and “respectability” of CNN personnel. CNN’s top NYE duo Cohen and Cooper will still be free to down some booze, but not the other anchors and reporters.

Licht may also be reading the times. Insider has an interesting story on what is dubbed the “sober curious movement” — that Millennials and Gen Zers don’t drink nearly as much as Baby Boomers did.

Stream editor Tom Sileo asks us to “Pray for Buffalo and All of Western New York.”

Jerry Newcombe offers “A Resolution to Be More Grateful in 2023.”