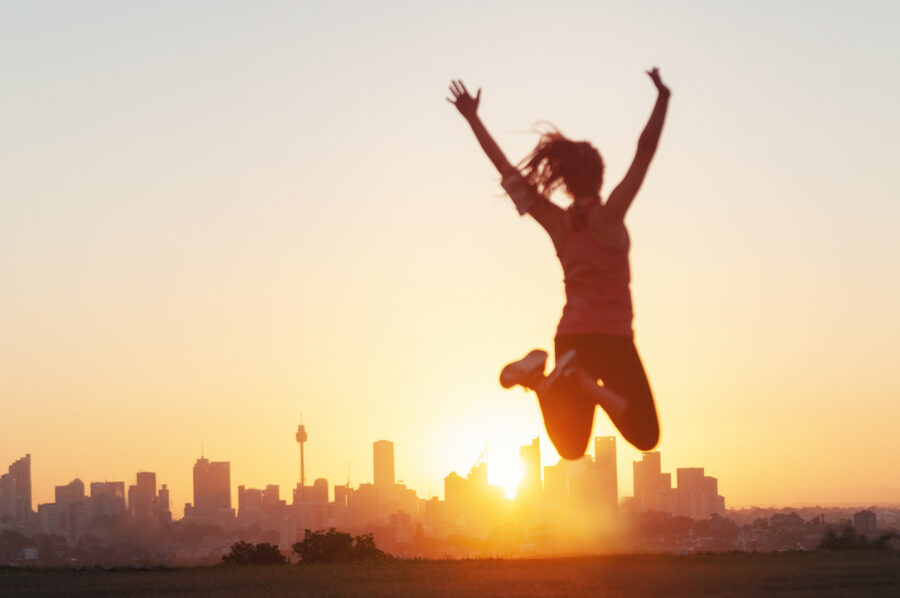 It’s an especially happy one for The Brew because we have the honor of introducing an exciting new podcast that’ll be a weekly feature on The Stream: Conversations With Christians Engaged. The premiere episode “Jesus: His Worth & His Cross” posted last night on The Stream, though starting next week new episodes will appear on Monday nights.

I confess. It’s easy to lose focus on my walk with Jesus while wrestling with the muck of culture and politics. You feel the same way sometimes? Host Bunni Pounds gets it, and that’s why she started this podcast. Helping us keep the Main Thing the main thing while successfully and effectively impacting these other things.

Bunni is close to three of the Texas congressmen who have been voting thus far against McCarthy. Before starting the non-partisan Christians Engaged, she served as the campaign manager for Rep. Michael Cloud, organized volunteers for Rep. Chip Roy and worked with Rep. Keith Self on pro-Israel activism.

We asked Bunni her thoughts on the House Speaker saga and those Republicans who are attacking the 20 members voting against McCarthy as “terrorists” or “Taliban” or in it for the attention. We’ll have her full thoughts later this morning. But for now …

Though I don’t know all the House Republicans who are leading this charge, most of them are doing it out of a heart to see this sinking ship gain real healing and they believe the answer is found in pushing for rule changes, inclusion at the table, more debate, no more Omnibus bills, and an agreement with GOP leadership to stop targeting conservatives in primaries.

We will see if Kevin McCarthy will be able to recover from this debate. We will see if he will negotiate in good faith without smearing these Members behind the scenes. We will see if another candidate arises, but I would encourage Americans to not condemn these Members without thinking through the reality of the day that we live in and the brokenness within the House of Representatives.

Despite enough horse trading to stock a Kevin Costner movie, we still do not have a Speaker. The House adjourned after 11 ballots, with Kevin McCarthy failing to get to the golden 218 each time. The Speaker battle is now the longest the nation has seen in 164 years. History is unfolding. Of the flattering or unflattering kind depends on where you’re sitting.

According to Fox News, the latter rounds of voting were more to “kill time,” as negotiators were working on a deal to unify behind McCarthy.

During the day, Rep. Matt Gaetz decided to add further chaos into the mix by nominating former President Donald Trump. No other member went along with the stunt.

My vote for Speaker of the House today?

Last Monday night, the heart of Bills safety Damar Hamlin stopped beating during the first quarter of the Bills’ game with Cincinnati. Millions across America watched in horror, and began praying for the 24-year-old as he was given CPR and rushed to the hospital.

Thursday afternoon came the welcome news. The Bills announced Hamlin has shown “remarkable improvement over the past 24 hours.” He is awake, and according to Dr. Timothy Pritts, “it appears his neurological condition and function is intact.” (!!) In fact, Hamlin wanted to know who won the game.

When he asked, “did we win?,” the answer is, yes, you know, Damar, you won. You’ve won the game of life and that’s probably the important thing out of this, and we really need to keep him in the center of everything else that’s going on, and we really want to ensure a good outcome for him.

Our Nancy Flory has more.

Putin’s decision came after an appeal to both sides from Patriarch Kirill of Moscow. However, Ukraine has rejected Russia’s cease-fire bid, claiming it was a trap. A lull to allow Russia to resupply. Kyiv has demanded Russia remove its troops from Ukraine as a condition for any ceasefire.

Can’t help but hum, “All we are saying, is Give Peace a Chance.”

Joe Biden is Finally Going to the Border Next Week

To which we say, “What border?”

Biden said Wednesday he plans to visit the U.S. border during his trip to Mexico. Don’t expect him to go to Eagle Pass, where many of the hundreds of thousands of illegal immigrants Biden’s letting in are practically strolling into Disneyland. Don’t expect him at some overwhelmed detention center. Don’t expect him on a chopper at night watching the coyotes ply their wicked trade. No, he’ll be at some photogenic border spot cleaned up for the occasion so he can pat himself on the back for a job well done.

The only question: Will he be asked why he is spending millions to protect the borders of other countries — billions in the case of Ukraine — but is expressly forbidding Customs and Border Patrol from spending a dime for border security? Especially since yesterday he was claiming the Republicans aren’t giving him enough money for border security.

For the record, CBP recorded 600,000 encounters with illegal immigrants in the final three months of 2022.

On Thursday, Biden announced a program to turn away Cubans, Haitians and Nicaraguans crossing the border illegally. They join Venezuelans, who Biden already refuses to let in. Why just them? Can’t be because Cubans and Venezuelans are fleeing communist regimes, and Cuban refugees tend to end up conservative Republican voters in Florida.

Biden’s other big plan? An app that illegal immigrants can use to apply for asylum.

Biden: "It's not like people are sitting around a table somewhere in Central America saying 'I got a great idea. Let's sell everything we have. Let's give it to a Coyote or smuggler. They'll take us on a harrowing journey. Then we're gonna illegally cross the border." pic.twitter.com/eIJ4Z94JG3

What do you expect though? In the same appearance Biden once again referred to border czar Kamala Harris as the president.

It’s the weekend, why not dig into the trashy royal feud? Prince Harry claims in his new book Spare that older brother William assaulted him during an argument over Meghan Markle being “difficult,” “rude,” and “abrasive” to staff. The Guardian quotes from the book, out next Tuesday.

He set down the water, called me another name, then came at me. It all happened so fast. So very fast. He grabbed me by the collar, ripping my necklace, and he knocked me to the floor. I landed on the dog’s bowl, which cracked under my back, the pieces cutting into me. I lay there for a moment, dazed, then got to my feet and told him to get out.

Something isn’t right. Harry was a chiseled British Army vet. A distinguished warrior from the Afghanistan War. He got easily knocked on his backside by the stiff and gangly William? And is willing to admit it to the world?

What has that woman turned him into?

Report: Passion of the Christ: Resurrection Finally to Begin Shooting in a Few Months

After years of whispers and hints, Mel Gibson’s Passion of the Christ: Resurrection is finally set to begin filming in late spring, according to the alternative movie news website World of Reel.

Jim Caviezel is set to return as Jesus in the sequel to the worldwide blockbuster Passion of the Christ.

Gibson has been working for years on a script with Braveheart screenwriter Randall Wallace. He told Raymond Arroyo last year, “It’s a big story, it’s a difficult concept. And it’s taken me a long time to focus, and find a way to tell that story in a way that really delivers to someone who may not know anything about any of the central story.”

The film will focus on the 24-hours surrounding Jesus’ Passion and the three days between His crucifixion and resurrection. Gibson says the movie will be non-linear, jumping back and forth in time, including the “fall of the angels.”

World of Reel reports Gibson and Wallace are up to a sixth draft. After seeing the fifth draft, Caviezel said the film will be a “masterpiece.”

It’s gonna be the biggest film in world history. I believe it will be based on what I feel in my heart. It’s so imperative in this time. These [biblical] films can’t be made now. The films they make are Marvel Comics movies. You’ll see Superman. You won’t see Jesus … . I got to play the greatest superhero there ever was.