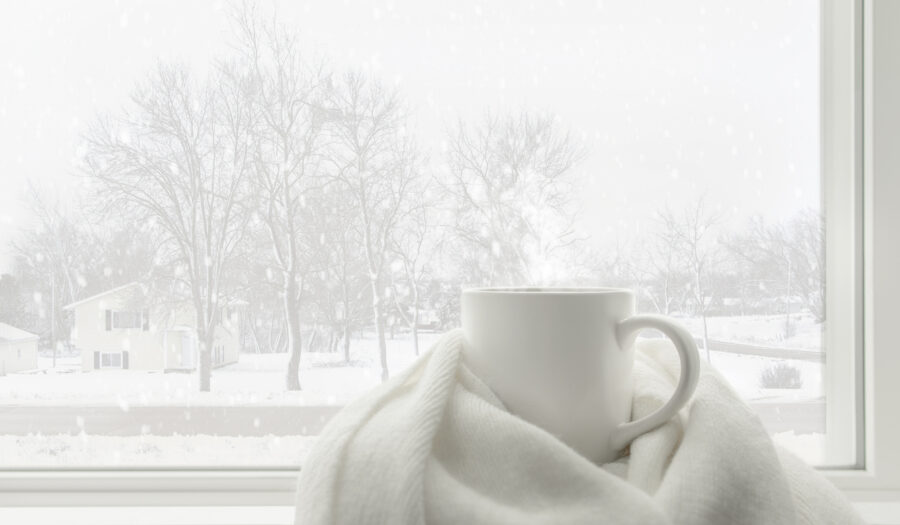 Here’s hoping today’s Brew warms you up … and not just by making your blood boil!

Old Man Winter Arrives … and He’s in a Foul Mood

Winter officially arrives today. And it’s announcing its presence with authority. A massive Artic chill is taking dead aim at much of America, sending temperatures plummeting to dangerous lows. You’ve also got a potential bomb cyclone that could bring blizzard conditions to the Great Plains and high winds to the East Coast. They’re calling it Winter Storm Elliott.

On the plus side, it looks like much of the top half of the country will have a white Christmas. The Weather Channel defines a white Christmas as there being at least an inch of snow on the ground Christmas morning. It doesn’t actually have to snow on Christmas day. Northern New England and the Ohio Valley may also see a white Christmas, depending on what Winter Storm Elliot does in terms of dumping the white stuff.

Elon Musk Tuesday night confirmed that he will step down as Twitter CEO “as soon as I find someone foolish enough to take the job.” Musk had said a few months ago that he did not plan to remain CEO long after purchasing the social media giant. (Can you blame him? Building rockets and electric cars and communications systems is way more fun than having your family doxxed and threatened.) Musk says he will stay on at Twitter to run the “software and servers team.”

I will resign as CEO as soon as I find someone foolish enough to take the job! After that, I will just run the software & servers teams.

On Sunday, Musk posted a poll asking users if he should step down as CEO. A majority said “Yes.”

The eighth installment of the #TwitterFiles has dropped like a bomb … from the U.S. military arsenal. Intercept journalist Lee Fang has the honors this time. The theme? “Despite promises to shut down covert state-run propaganda networks, Twitter docs show that the social media giant directly assisted the U.S. military’s influence operations.”

Put another way, Twitter had an active role in U.S. military propaganda overseas, despite its own policies and proclamations to Congress.

The Arab-language accounts whitelisted by Twitter primarily dealt with pushing U.S. policy in the Middle East. For example, anti-Iran messages, boosting the Saudi- and U.S.-backed war in Yemen. Writes Yang, “Twitter actively assisted CENTCOM’s network going back to 2017 and as late as 2020 knew these accounts were covert/designed to deceive to manipulate the discourse, a violation of Twitter’s policies & promises. They waited years to suspend.”

The $1.7 Trillion Omnibus Bill: Forbidden to Spend on Securing Our Border, but Millions Spent Securing Other Borders

Gee, Mitch, what do the American people get for Christmas? Mitch McConnell has given Senate Democrats a wonderful gift … a $1.7 trillion Omnibus bill to fund the government through 2023. Why’s it such a gift? Aside from a Democratic wish list of funding, the bill will stop the new GOP House from having any impact on spending until October. Yes, the GOP won the House and McConnell celebrates by giving power of the purse to Democrats for the first 10 months of the year.

The 4,155 page bill is loaded with little gifts only the Swamp could love. Rep. Dan Bishop caught one that practically screams the uniparty’s distaste for America. It seems Customs & Border Patrol is expressly prohibited from using funds in the bill to improve our border security.

…but at the same time, allocates $410 million towards border security for Jordan, Lebanon, Egypt, Tunisia, and Oman.

The bill also includes another $45 billion for Ukraine. House Minority Leader and would-be Speaker Kevin McCarthy is joining a group of other Republicans in vowing to block any legislative efforts by Republican Senators who go along with this bill. That includes McConnell.

A 6.4 earthquake struck Northern California Tuesday. But even that isn’t enough to shake any sense into Stanford University. The once great institution demonstrated again why it should be institutionalized. Its IT department released an index of “harmful language” it wants removed from school websites. On the list, “American.”

The problem with “American”? “This term [American] often refers to people from the United States only, thereby insinuating that the US is the most important country in the Americas (which is actually made up of 42 countries).”

Does anybody in those other 41 countries care that we’re called “Americans”? Or is it just academic elites and radical leftists (but I repeat myself) who hate the U.S. anyway?

We’ll have more on that list tomorrow for your reading amusement. Some of the terms they want axed are straight out of the Babylon Bee.

Biden: Iran Nuke Deal is Dead … I Just Don’t Want to Tell You

Joe Biden admitted in early November in a newly surfaced video that the Iran Nuke Deal is dead. But here’s the funny thing. He doesn’t want to tell the American people or the rest of the world. Biden was speaking to activists and was asked “Could you please announce that JCPOA is dead? Can you just do that?” “No,” he replied. When pressed on why, he responded. “No. A lot of reasons. It is dead, but we are not going to announce it. Long story. We’re going to make sure – “ He was then cut off.

It’s not the first time Biden has done something like this. Another idea has emerged Joe Biden discussing military strategy.

Little Victories: Kirk Cameron to Read His Book at Two Libraries That Had Rejected Him

Two of the libraries that have drag queen story hours but rejected a book reading by Kirk Cameron have changed their mind, the actor announced Monday.

Some 50 libraries had refused to host readings for Cameron’s new faith-based children’s book, As You Grow. However, Indianapolis Public Library and the Scarsdale Public Library north of NYC changed their mind after Cameron’s publisher Brave Books threatened legal action.

“I’m happy that the two libraries changed their decision and will allow my voice to be heard and my book to be read,” Cameron said in a statement. “I hope that this victory acts as a source of courage for Christians and conservatives across the country to be brave and not back down, making sure that we are the salt of the earth and the light of the darkness.”

John Zmirak has a fascinating article out “America’s Catholic Bishops Made Back All $3 Billion in Sex Abuse Settlements by Trafficking Illegal Immigrants at Taxpayer Expense.”