Let’s Blame Trump and Move On? 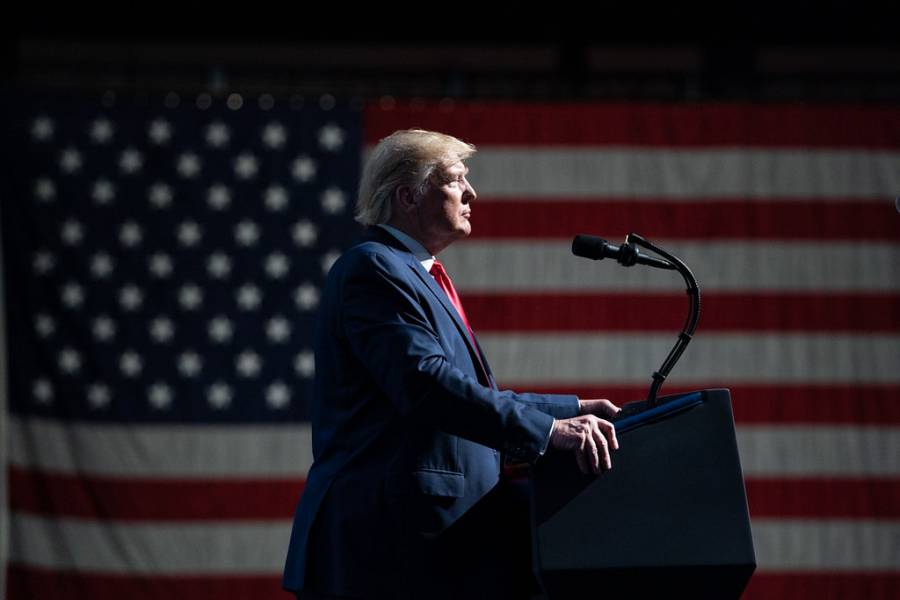 Last night’s lack of a red wave is being blamed on Donald Trump. Heck, a deranged drugged out Berkeley hippie nudist pays a two a.m. visit to Paul Pelosi and it’s Trump’s fault. So can we be surprised? But that’s the line this morning. “Donald Trump is the Biggest Loser.” The GOP has to move on.

It was particularly disingenuous of former Bush advisors to speak that way. “Yeah? Where was George W? I didn’t see him pushing hard for Republican candidates. Didn’t see him having the back of GOP contenders who were getting slandered … and attacked … and shot at. Oh, but you did see him with Michelle Obama.”

Yeah. But last night was Trump’s fault. Time to move on. I was sent early this morning a link to a Mediaite story. “Conservatives Call for GOP to Move on from ‘Politically Toxic’ Trump after Red Wave Fails to Materialize.”

Let’s get rid of the guy who only brought peace and prosperity to the land, despite having the FBI, CIA, DOJ, Obama Machine, Clinton Machine, Big Tech machine, MSM machines, and the Swamp and the RINOS working 24/7 for four years to destroy him. Let’s bench the guy who is more responsible than anyone for bringing in Latinos and blacks and enthusiasm to the GOP.

Why? To put up some guy or gal with less experience who is going to get the exact same treatment that Trump got? And odds are will cave? Or play along? Or be dashed to pieces?

It is beyond nauseating to the point of infuriating that so many tonight are, in essence saying, “Oh, sure, those people in the FBI, CIA, DOJ and all the rest are traitors who sabotaged our system, but, well, we’re going let them have their way and cast Trump aside. Let’s give them what they want. Let’s let the system stay as it is so that we can allow more murderer-loving, baby killing enthusiast vegetables to high government office. Sure. As long as we don’t have to deal with the Orange Man.

‘Thanks, Trump, Now Beat It’

“Thanks, Trump for saving the nation from Hillary Clinton, and likely saving the lives of millions of babies over time, and saving the nation from a nuclear exchange with North Korea, and bringing peace to the Middle East, and getting rid of ISIS and Soleimani, and raising the wages of the poor and minorities, and making us energy independent. But take a hike, Chester. You’re too messy. Your enemies make things too hard on us.”

I apologize for being harsh. It’s 2 o’clock in the morning and I am in no mood. America had a choice between life and death tonight, and seems to have chosen death. I’d say God help us, but He’s been pretty clear what the cost is. And the first reaction, rather than recoil in horror, is to say “Gee, maybe this means the GOP should move on from Trump.” Unbelievable.

They Never Ask ‘Why?’

Maybe it would be a good thing if Trump doesn’t run. For Trump. Clearly, if he did run and it looked like he was going to win, they will try and kill him. They have proven they will stop at nothing to stop him. Just look at the Mar-a-Lago raid. DOJ considering a special counsel if he runs. The FBI conspiring with Big Tech to quash stories that would help him. The absolute joke that telling people to “peacefully and patriotically protest” was a call to insurrection, thus Trump can be barred by the 14th Amendment. The desperate attempts to prosecute him in New York while bodies pile up in the streets.

It pains me that so many, out of their discomfort with Trump, never bother to ask “Why?” Why the hellbent effort to destroy him? It’s more than partisan politics. (I mean, Mitch McConnell would literally rather have the progressive Left running the country over a cliff than have Trump and MAGA types have any sway in Washington.) It borders on demonic. (Which really begs the question “Why?”)

Why would these people be so willing to throw away due process, equal justice, use every tool of government legal and illegal to destroy one real estate mogul who only gave up an amazing life to serve his country. Why still go so rabidly against a guy we keep being told got legitimately whipped by Mr. 81 Million Votes? Don’t see anybody raiding Michael Dukakis’ house. Heck, we don’t even see anybody raiding Hillary Clinton’s house and she’s a criminal.

Which gets to my final point. Sure, one can make an argument that the GOP bench is so strong it’s time to consider having Trump pass the torch. I see the appeal. “Let’s get Trump’s policies without all the commotion.”

But here’s where the argument fails. At least for me. We know for a fact that Donald Trump was set up and sabotaged by a corrupt cabal, from Hillary Clinton to Barack Obama to Joe Biden, and all the three letter agencies. And nobody has paid the price. Nobody.

How can Trump be denied the chance to get back what was stolen? To try and defeat (again) if he so desires the forces that stop at nothing to bring him down?

If Ron DeSantis and every other GOP hopeful guaranteed, took a sworn oath, there would be justice, that “So help me God” the corrupt systems and sycophants that did the dirty work would be brought down — “Mr. President, we’ve got it from here” — then perhaps I’d agree to go with younger blood for 2024.

Short of that, no. Forget it. Letting the betrayal of our nation … and MAGA voters … stand is not an option.