The Brew: Oddness From Wilmington to Washington to Davos 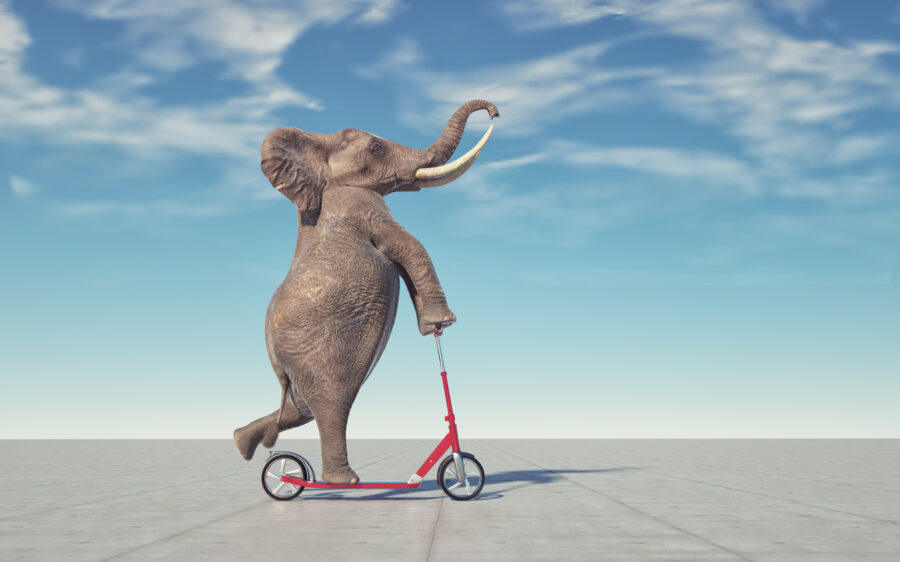 And it’s an odd day at the Brew as you shall soon see.

Ain’t It Odd? No Visitor Logs for Biden’s Wilmington Home?

Fun fact: Each weekend at the White House, you are more likely to run into Abe Lincoln’s ghost than Joe Biden. By CNN’s estimate, Biden has spent about 25% of his presidency at his home in Wilmington. Working, they and the White House say. However, yesterday the White House said that no visitor logs exist. I have the full story at “No Visitor Logs for Wilmington Mansion? Really?!”

Bottom line is this: The Big Guy’s in a Big Fix. Either he is conducting official business while in Wilmington and is deliberately keeping Americans in the dark over who he’s conducting business with. Or the White House has been lying and Joe is shuttled to Wilmington virtually every weekend because he is physically incapable of working more than a few hours a week.

Things get dicey when your lies and cover-ups start colliding into each other.

Good news for beleaguered House freshman George Santos, R-N.Y. He’s still got time to set the record for shortest term in Congress since the dawn of the 20th century.

A guy named Walter W. Bankhead, R-Ala., lasted 29 days in 1941 before resigning. So Santos has about two more weeks to go. Will he make history?

Santos is under intense pressure to resign following the discovery that he lied about — well, pretty much about everything in his life. The local Nassau County GOP wants him gone. An increasing number of House Republicans want him to resign.

“He’s a bad guy,” Comer told CNN’s State of the Union program. “It’s not up to me or any other member of Congress to determine whether he can be kicked out for lying. Now, if he broke campaign finance laws, then he will be removed from Congress.”

That’s exactly what is being alleged. The New York Times reported (behind a paywall) that Santos’ dubious fundraising may have run afoul of campaign finance laws. A watchdog group has already filed an FEC complaint alleging violations.

Santos is also getting hit by WaPo and others for his links to a sanctioned Russian oligarch. (Which is fine if your name is “Biden” and you’re laundering money for Putin pals, but when you’re a Republican? Not so fine.)

Thus far, Santos is rejecting the growing chorus shouting for his resignation. Last week, he said he’d only leave if “142 people” … a reference to the 142,000 who voted for him … vote him out. Hey, George … assuming that’s your real name … a new poll shows 60% of your constituents want you gone. It’s time you were history.

In case you’re wondering, two people hold the record for shortest Congressional term. Both Effingham Lawrence and George A. Sheridan of Louisiana served only one day in 1875. Thanks to election irregularities and brave judges … and a bad bit of timing.

Lawrence was robbed. His 1872 race was corrupt. A guy named Jacob Hale Sypher “won” re-election. The courts ultimately nullified the election … back enough when courts had the guts to intervene in corrupt elections … and handed Lawrence the win. Unfortunately, by the time they did, the 1874 election had already taken place, which Lawrence had lost. So, thanks to the congressional calendar in place at the time, Lawrence was only able to serve a single day before the 1874 winner was seated.

Sheridan’s 1872 race was also a mess, bordering on the bizarre. His opponent Lt. Gov. P.B.S. Pinchback had also won a seat in the Senate. Pinchback didn’t take his House seat or his Senate seat, becoming governor when Gov. Henry C. Warmoth was impeached. Meanwhile, Sheridan was contesting the 1872 race. By the time the dust fully settled, the courts did award him the House seat. Again, because of the delay and a quirk of the calendar, he could only fill it for a single day.

Just in time for Martin Luther King, Jr. Day, Texas Democrat Sheila Jackson Lee managed to be both utterly racist and completely asinine to a degree rarely — if ever — seen in the halls of Congress.

She has offered a bill that, conceivably, could imprison for “hate speech” any white person who disagrees with her on CRT or the open border if what they post was seen by someone who commits a racially-motivated crime.

Jackson Lee is calling for criminal penalties for anyone who “published material advancing white supremacy, white supremacist ideology, antagonism based on ‘replacement theory,’ or hate speech that vilifies or is otherwise directed against any non-White person or group, and such published material,” if it was “read, heard, or viewed by a person who engaged in the planning, development, preparation, or perpetration of a white supremacy inspired hate crime.”

Oh, she uses “white supremacy” a lot, but she doesn’t mean the Klan or Aryans. She means any white public figure who disagrees with her. (Anyone who says, for example, we shouldn’t judge people on the color of their skin. After all, CRT teaches such thinking advances white supremacy.)

Heck, this is a woman who five years ago publicly branded a school teacher “racist” for complaining about Jackson Lee bumping her from first class on an airplane. Look it up.

Understand how insane this bill is. Had this bill been law in 1969, The Beatles could have been arrested and charged with a hate crime. Why? Because Charles Manson claimed their song “Helter Skelter” inspired him to launch a race war, starting with the Tate-La Bianca Murders.

(For you younger folks, “Helter Skelter” is a song about a roller coaster. )

Could the grip of globalism be loosening? The fabled World Economic Forum at Davos is getting underway, but there’s trouble in the would-be new world order paradise. Both Sky News and CNN agree that the glitzy gathering of the global elite has lost its luster. Both agree that the war in Ukraine is having an impact on the globalism movement. Supply chain issues are sparking a localization movement away from a New World Order. (I’d add that the growing condemnation of the unholy trinity of WEF chief Klaus Schwab, George Soros and Bill Gates is having an impact as well.)

Soros has bailed on this year’s event, claiming an “unavoidable scheduling problem.” Schwab is reportedly missing the opening of the conference due to illness, though he was said to be at a lunch yesterday involving U.S. officials. There were unconfirmed reports Gates was pulling out as well. The highest Davos could get out of the U.S. government this year is Climate Czar John Kerry.

South African President Cyril Ramaphosa also canceled his Davos trip. He has got to stay home to deal with South Africa’s worsening power blackouts. Blackouts caused by “load sharing,” a corrupted state-run energy company, an inability to keep up with demand, a crumbling energy infrastructure, and yeah, a commitment to Green Energy. You know, all the things the World Economic Forum pushes.

Joe was at the National Action Center’s annual MLK breakfast dismissing the 2nd Amendment. Which is part of the Constitution he swore to uphold. “I love my right-wing friends who talk about the tree of liberty is water of the blood of patriots,” he said. “If you need to work about taking on the federal government, you need some F-15s. You don’t need an AR-15.”

Yet right this moment Joe Biden is paying prosecutors to hunt down and imprison unarmed people claiming they came thiiiiiiiiiiiis close to toppling the Federal government on J6. Apparently you don’t need F-15s either. Just a Viking hat.

That wasn’t Biden’s worse moment of the day. Biden also forgot the name of Martin Luther King, Jr.’s daughter-in-law while singing “Happy Birthday” to her.

The latest “Conversations with Christians Engaged” podcast is up! “Finding Jesus in Stillness.”