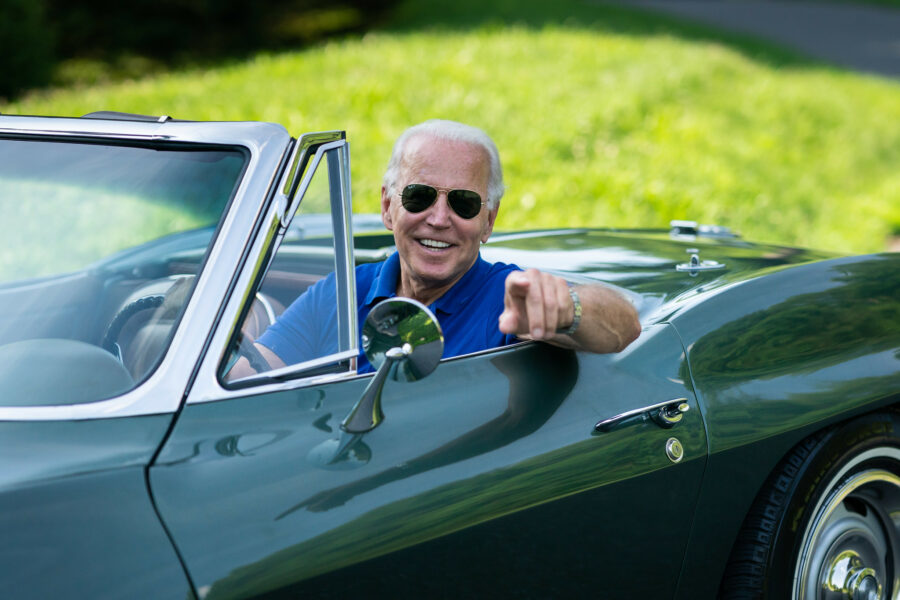 Joe Biden spends almost as much time sleeping at his Wilmington home as he does the White House. Heck, on weekends, you’re more likely to find the ghost of Lincoln wandering the White House than Ol’ Joe.

Question the White House about Biden’s regular absences and the answer is always that the president is still carrying out his duties. And their media partners play along. In October, CNN had the headline “Biden has spent more than a fourth of his presidency working from Delaware.” (Emphasis mine.) Nice sugar-sweet article with quotes like, “If the rest of the country can work from home, so can the president of the United States,” and “Presidents of the United States are constantly on the job” and it’s a good thing leaders “avoid becoming ensconced in Washington D.C.”

But Now We Have a Problem

But now we have a problem. Classified documents from his days as VP have been found stashed next to his Corvette and in his private library at the Wilmington mansion. We’ve always been curious about who Biden was seeing whenever he slinked off to Delaware. But now the American people need to know. Need to know who may have been in the house and had access to our nation’s secrets.

The House GOP on Sunday requested the White House turn over any visitor logs, citing “serious national security implications.” No problem, right? Should be visitor logs, right? We’ve been assured for two years Joe’s hard at work on official government business while in Wilmington, right? They must have record of who’s been coming and going. Wrong.

The White House said Monday that no visitor logs exist for the Wilmington house. (“Did they ever exist? Have they been destroyed?” Will anyone dare ask?)

In a statement to Fox News digital, the White House Counsel’s office said, “Like every President in decades of modern history, his personal residence is personal.”

They then deflected. A sure sign there’s more to the story. “But upon taking office, President Biden restored the norm and tradition of keeping White House visitors logs, including publishing them regularly, after the previous administration ended them.” That’s as relevant to the document scandal as telling us what color roses have been planted in the Rose Garden.

On Sunday, Secret Service spokesman Anthony Guglielmi delivered, in essence, the same message as the White House. “We don’t independently maintain our own visitor logs because it’s a private residence.”

Really? The Secret Service doesn’t know who’s been coming and going from the home of the President of the United States? Who believes that? They can’t tell you who came to fix the plumbing? Which of Hunter’s low-life foreign contacts swung by for cookies and milk?

And the White House isn’t keeping track either? Donald Trump isn’t buying any of it.

The Big Guy’s in a Big Fix

Seems The Big Guy is in a Big Fix. Either he is conducting official business while in Wilmington and is deliberately keeping Americans in the dark over who he’s conducting business with. Or the house is wide open for the criminal and corrupt. Or the White House has been lying and Joe is shuttled to Wilmington virtually every weekend and is shut down because he is physically incapable of working more than a few hours a week.

In any case, the American people need to learn the truth. And in each case, the truth looks bad for Biden.

Things get dicey when your lies and cover-ups start colliding into each other.