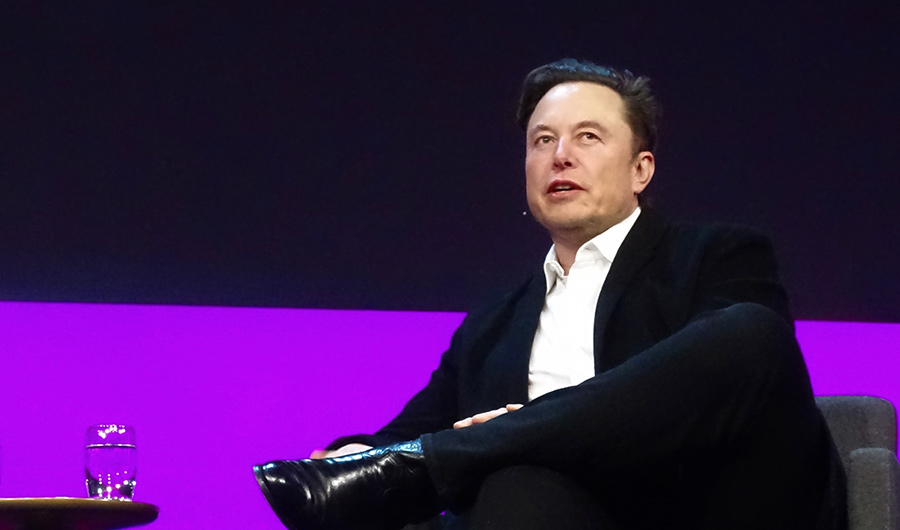 Today’s coffee cup is shaped like a little blue birdie.

Elon Musk Takes Hold of the Reins at Twitter

Liberals are melting like Halloween masks on a bonfire. Elon Musk has officially taken ownership of Twitter, where he’s promising to promote free speech and fire 75% of the staff. A staff that has spent the better part of the past five years increasingly quashing speech.

Musk has reportedly already sacked the CEO, CFO and the head of legal policy, trust and safety.

Full disclosure: I am one of the hundreds of thousands booted off Twitter, with no explanation, in the great purge of January 2021. Stream Senior Editor John Zmirak was purged three weeks ago, again with no justification.

A big question: Will today see a mass lifting of suspensions, a blanket “amnesty” for the “sin” of not towing the Twitter/Democratic/Fauci line?

On Thursday, Musk tried to soothe the concerns of advertisers, assuring them that Twitter cannot “become a free-for-all hellscape.” He simply wants to create a “common digital town square.”

The other day “Twitter employees” posted an open letter issuing a set of demands to Musk.

Here's their open letter sent to Twitter's board of directors and Elon Musk https://t.co/9drDvsTWka pic.twitter.com/WpMbRDmn0i

We have footage of Musk’s arrival at Twitter this morning and addressing the letter.

Well … there they go again. An FBI whistleblower has provided Project Veritas with a document indicating that the FBI is targeting election crimes related to “misinformation” and “disinformation.” (As churches and pro-life pregnancy centers are firebombed, the FBI is worried about words.) The document is titled “2022 Midterm Elections Social Media Analysis Cheat Sheet.” 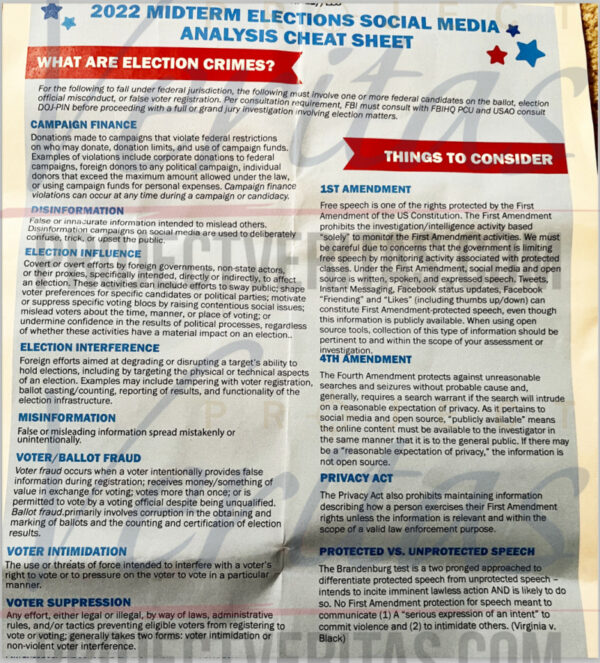 Well, you know they’re not going after, say, any reporter who claimed on social media that Fetterman was fit as a fiddle. We know this is the same FBI that falsely declared the Hunter laptop “disinformation” in order to push Joe Biden into the White House. Same FBI that in 2016-2017 pursued Trump Russia Collusion even though they knew for a fact it was a hoax.

Same FBI that has been raiding and arresting pro-life activists.

So it’s safe to assume we’re talking about, in practice, a partisan operation. And we don’t have to guess a prime focus. Remember Scary Poppins and the DHS “Disinformation Governance Board”? One thing DHS Secretary Alejandro Mayorkas was keen on targeting was “misinformation” being directed at Latino voters.

Latino voters are currently fleeing the Democratic Party as if it were a 300-pound stink bomb. Hispanic-heavy Texas border districts that have been blue since color was invented are days away from turning red. That has partisan hacks in the Administration seeing red. And their media partners eager to interfere. Google “voters Latino misinformation.” See the headlines in recent weeks:

Democratic Representatives (and brothers) Juan and Joaquin Castro have both been yapping about “misinformation” directed at Latino voters, with Joaquin urging social media giants to act against it.

On October 13, Joaquin specifically mentioned and condemned information supporting allegations laid out in 2000 Mules. One portion of the film specifically dealt with illegal ballot harvesting among Spanish-speaking voters near the border in Arizona in 2020.

That very next day, Arizona Attorney General Mark Brnovich announced that Guillermina Fuentes had been given two years probation and Alma Yadira Juarez one year probation for their role in ballot harvesting during the 2020 election season.

So in this case what Castro, the FBI and media call “misinformation,” the rest of us call “the truth.”

Fox News took a peek at a random selection of schools run by the Department of Defense. And what they found should shock you. But given the last two years, it likely won’t. The shelves of these Pentagon school libraries contained dozens of books containing pornographic content, including detailed instructions on sex techniques, and radical gender ideology. The smut and dystopian books were aimed at kids from elementary to high school.

Both Joe Biden and Kamala Harris will be campaigning for Fetterman in these final days. Having Biden and Harris speak for you is one sure way to make you sound good. “Think I’m bad? Listen to these two!”

Axios reports former President Obama will join Biden for a Fetterman campaign event on November 5, in an effort to grab the Senate seat from the Republicans.

The Democrats slogan appears to be “Better Brain Dead Than Red.”

No, this isn’t a drag queen joke. Joe Biden drag raced against Colin Powell’s son Michael for an episode of Jay’s Garage which aired Wednesday night. Biden reportedly hit a top speed of 118 in the race that was taped over the summer at the James J. Rowley Secret Service facility in Maryland.

Yes, the Secret Service let a guy who shakes the hands of ghosts and gets lost in his own backyard whiz around a race track for a TV show.

Huh? Did the IRS Contribute to the Katie Hobbs Campaign?

Thanks to some sharp eyes in the Twitter verse, we’ve got ourselves a mystery. Did the Internal Revenue Service contribute $6,350 to the political campaign of Arizona Democratic Gubernatorial candidate Katie Hobbs? Sure looks that way. Here’s the link to the Hobbs campaign on transparencyusa.org.

According to Katie Hobbs' campaign contributions page, she's getting donations from the Internal Revenue Service. Correct me if I'm wrong, but shouldn't it be illegal for the IRS to use our money to support a political candidate? pic.twitter.com/JUEwE7eWou

Speaking of Hobbs, police have captured the guy who allegedly broke into her campaign headquarters Wednesday night and stole some property.

No word if he made off with Hobbs’ spine. Voters in Arizona haven’t seen it anywhere this campaign.

John Zmirak has an absolutely riveting new column out: “Each Half of the Country Thinks the Other Are Unfit Parents. And One Half Is Right.”

Students for Life of America has written an open letter to GOP members of Congress. See “Congress Must Confront the Abortion Drug Cartel.”

Al Perrotta is the Managing Editor of The Stream and most importantly, Rusty’s husband of 22 years.

The Brew: Musk ‘Sinks’ Twitter as Debate Sinks Fetterman (… or Did It?)