The Brew: Masters and Prime Ministers, Rants and Raves 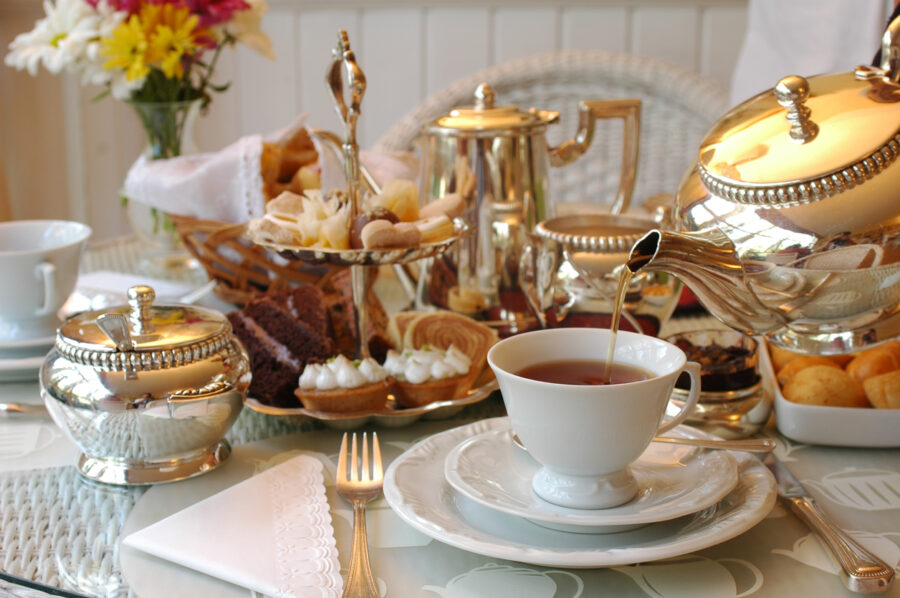 You rested and ready after the long Labor Day Weekend?

Boy, was someone excited about the return of college football this weekend!

BREAKING: Joe Biden SHAKES and SCREAMS in Wisconsin in apparent aneurysm as bewildered audience looks on in terror

Why’s he sounding like former Ohio State football coach Woody Hayes right before he slugged that Michigan player? Seriously, those eyes, that rage. I’m not diagnosing “aneurysm” here, but still, this is not healthy.

… while stifling cheaper treatments, including Ivermectin?  Oh, did you know a new peer-reviewed study shows Ivermectin reduces COVID death risk by 92%? Study was published Wednesday by the medical journal Cureus. Say that last year, and the Biden White House would be on the horn to Facebook and Twitter having you booted.

A big day across the pond. Foreign Minister Liz Truss, who openly embraces comparisons to Margaret Thatcher, officially takes over as Prime Minister of Great Britain.

Truss headed over to Scotland this morning to be formally asked by Queen Elizabeth to form a government, one day after being elected head of the England’s Conservative Party. This will be the 700th Prime Minister the Queen has seen installed during her reign. (Actually, Truss will be the 15th.) For the first time, the traditional meeting of monarch and prime minister won’t be at Buckingham Palace. Elizabeth is camped out at her crib in Scotland, and isn’t traveling due to mobility issues.

Truss, experts tell Fox News, won’t be “afraid of picking a fight” with Biden. Newsflash, you “experts.” He’s a guy pushed around by the Easter Bunny. Nobody’s afraid to pick a fight with Biden.

Truss takes over at a time when England is struggling. Energy woes are getting so severe, a pub that claims to be the oldest watering hole in England says it may have to shut down because of energy costs. Ye Old Fighting Cocks has been in continual operation, it claims, since 793 A.D.

It’s survived the Norman Invasion, Two World Wars, the Great Famine, the Great Plague, COVID, even the Spice Girls, but could be done in by inflation and by Russia’s invasion of Ukraine and subsequent sanctions.

And the situation is going to get worse. A dark winter looms for England and the rest of Europe.

JUST IN (Financial Times): Russia’s gas supplies to Europe via the Nord Stream 1 pipeline will not resume in full until the “collective west” lifts sanctions against Moscow over its invasion of Ukraine, the Kremlin has said.

And none of it had to happen.

This weekend saw protests in Europe …

WATCH: Thousands take to the streets in Germany’s Saxony region today, calling for authorities to ease sanctions against Russia and lower gas prices.

… including a massive protest in Prague.

And an energy bill burning in Naples.

People in Naples burn their energy bills and besiege the town hall: "We don't pay the bills! Now it will be chaos!" In Naples they don't joke. pic.twitter.com/X2ZN82AfAT

Legal Victory for Trump: Judge Rules In Favor of Appointing a (Hopefully) Neutral Special Master to Go Through Mass of Documents Seized in Raid of Mar-a-Lago

Score one for Trump and the possibility of impartiality. U.S. District Judge Aileen Cannon ruled Monday that she will appoint a “special master” to go through the mountains of documents seized by the FBI in its raid on Mar-a-Lago. The master will determine what is protected by privilege.

You can read the full ruling here.

Meanwhile, a pithy summary of the big picture.

The White House very intentionally used U.S. Marines as props for Biden’s political assault on his political opposition last week, the Washington Post reported. WaPo quotes administration sources as saying it was a “conscious decision” to use the Marines “for symbolism.”

WaPo cited two military scholars who said “the use of the Marines as a backdrop to the speech was unwise.” Concerned Veterans for America went further, saying using Marines as political “props” “erodes trust” in the military.

It’s even worse than that. Consider that Joe Biden used the U.S. Marines to try and rescue his political fortunes, but didn’t use the Marines to rescue Afghans who helped our soldiers.

I know, I know. Biden was just trying to look strong. Which is far different than actually being strong.

Trump looks strong even when swiveling his hips to YMCA.

Heck, Liz Warren looked stronger when she was casting about for a beer.

Meanwhile, Christopher Manion has a fascinating piece out on The Stream called “Joe Biden’s Twilight Tantrum.” He advises Trump supporters not take Biden’s attack personally. It was a symptom of his illness.

What About Celebrating the Mutilation of Teenagers?

A “gender-affirming” butcher … I mean, plastic surgeon … cheerfully posed over the weekend with a teenage girl she mutilated. Sidhbh Gallagher performed a double mastectomy on the healthy breasts of the young woman. The image went viral.

“Layers of tragedy,” Federalist contributor Chad Felix Greene tweeted. “A young girl convinced to hate her body and only feel joy at removing her femininity.”

As Daily Signal reports, Gallagher recently posted a video (now removed) where she bemoaned the fact she only had four breasts scheduled to remove that week.

Can anyone say “Mad Scientist”?

Kelly Clarkson Marks 20 Years Since Her Idol Win. We Celebrate By Going “Up to the Mountain”

The songbird turned daytime host Clarkson marked the day with a letter ….

A couple years after winning, Clarkson returned to the show for a charity special called Idol Gives Back, with a soul-lifting, chill-inspiring “Up to the Mountain.”

A little inspiration as you kick off the new week and take on the mountains God’s asked you to conquer.

John Zmirak has a powerful column up called “Why I Am an ‘Extremist’”. He calls out those who know the nation faces dire times and determined foes, yet does nothing.