The Brew: Kamala Deliberately Being Strange to Avoid Becoming President? Her Latest Head-Scratcher 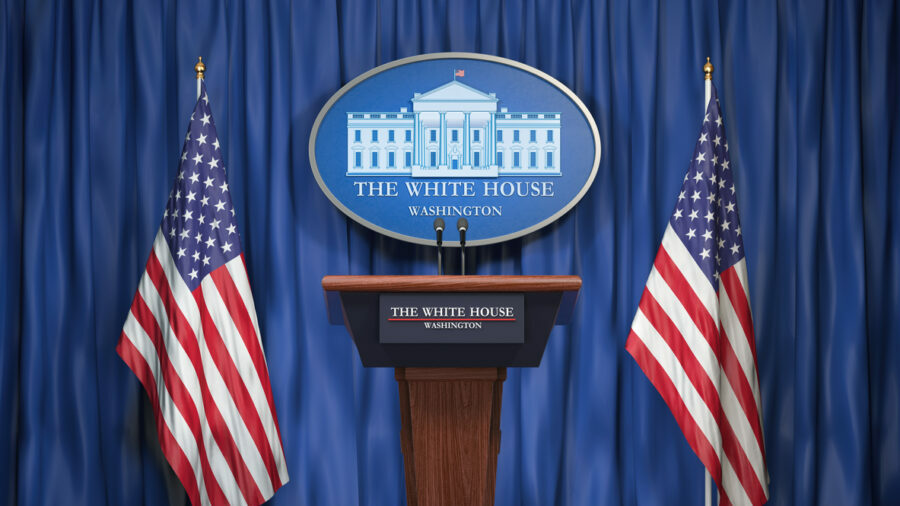 I’m Al, I donated my pronouns to charity, and I’m a dude sitting at this desk in blue jeans.

Kamala Harris Head-Scratcher of the Day

Don’t get the reference? Then you missed the latest epic bit of strangeness from Kamala Harris at a roundtable on the effect of Roe being overturned.

"I am Kamala Harris, my pronouns are she and her, and I am a woman sitting at the table wearing a blue suit." pic.twitter.com/kz7tx712wK

“I am Kamala Harris, my pronouns are she and her, and I am a woman sitting at the table wearing a blue suit.”

I know what you’re thinking. “What’s a woman?”

Seriously, is Kamala Harris really this odd or are we witnessing the greatest piece of comedic performance art since the death of Andy Kauffman?

OR … is it possible Harris is taking a dive to avoid becoming president? All it would take is for her to go a month without saying or doing anything strange or embarrassing, and Biden would be nudged to the curb. Harris would have the top job. But what better way to dodge the Oval Office and the burden of the presidency than to consistently act like she’s too inept for the job? Scare people so much they don’t invoke the 25th Amendment on the obviously mentally incapacitated Biden.

Again O’Connor only released a statement and didn’t face questions from reporters.

Drat. I suspected this would happen, but I didn’t say it. Remember when Jill Biden compared Hispanics to tacos in a speech? We wrote about how Biden didn’t personally apologize, but made her press secretary Michael LaRosa release a statement.

The First Lady apologizes that her words conveyed anything but pure admiration and love for the Latino community.

I wrote “How much do you want to bet LaRosa is the one who wrote the speech?” Should have added, “He’s going to take the fall for it.”

Sure enough, less than two weeks after issuing that apology, LaRosa has resigned. Gone as of this Friday. Taking a gig in the private sector, he tells The Hill. Jill wasn’t going to fire him outright. Give LaRosa two weeks for the controversy to blow over, then quietly show him the door.

“Our country is now a cesspool of crime, we have blood, death and suffering on a scale once unthinkable because of the Democrat Party’s effort to destroy and dismantle law enforcement.”

“There should be a squad car on every corner if that’s what it takes to stop the killing.”

“In the Make America Great Again Movement, we believe that every citizen of every background should be able to walk anywhere in this nation at any hour of the day without a thought of being victimized by violent crime.”

Added Trump, “Where there’s a true and total breakdown of law and order, where citizens’ most basic rights have been violated, the federal government can and should send the National Guard to restore order and secure the peace without having to wait for the approval of some governor who thinks it’s politically incorrect to call them in.”

He also called for the death penalty for drug traffickers.

Keep an eye out for John Zmirak’s take on the Trump speech. “Donald Trump is Each of Us: A Farm-Raised Salmon Forced to Swim Upstream or Die.” It’ll be up at 9 a.m Eastern.

Remember Cassidy Hutchinson, former White House aide? Her testimony up on Capitol Hill was treated by the Democrats and media like Moses coming down the mountain. She spun tales of Trump attacking the Secret Service, bemoaned how “As an American, I was disgusted (by Jan 6). It was unpatriotic. We were watching the Capitol building get defaced over a lie, and it was something that was really hard in that moment to digest.”

Well, The Federalist has gotten hold of exchanges she had with White House friends from December 2020 to May 2021. Seems she was singing a different tune in private. The story is behind a paywall, but this excerpt gives you some idea of what Hutchinson really thought:

Yet in a series of private communications … shared exclusively with The Federalist, Hutchinson commiserated with other targets of the probe about how little information she had about any wrongdoing that day, and lamented how corrupt the politicized committee was. Far from being upset with Trump, Hutchinson repeatedly spoke in favor of him and his presidency.

“I would rather shoot myself dead into the Potomac than see marine one flying around this city without 45 again,” Hutchinson wrote in one message nearly three months after the Capitol riot.

Hutchinson told a primetime audience in her dramatic appearance how traumatized she was by January 6. But her messages repeatedly show her joking about the riot.

And the “lie” about the election being stolen? She used the “Stop the Steal” slogan in messages. In fact, she boasted about being confronted while wearing a “45” shirt, and mockingly telling the other person, “I’m an insurrectionist.”

Boy, is that different than what she sang to the J6 Committee.

If Hutchinson was auditioning for the “conservative” seat on The View, she failed. The gig is going to fellow White House staffer turned sudden anti-Trumper Alyssa Farah Griffin.

This Shouldn’t Be News, But …

The NCAA has picked a woman as its “2022 Woman of the Year” Ivy League Conference winner. Imagine that! Yep. They gave a female — namely Columbia fencer Silvie Binder — the nod, passing over the University of Pennsylvania’s nominee, Lia Thomas. Thomas is the biological male who decided to swim as a female two years ago and has been shattering swim records ever since. Somehow, UPenn decided this made Thomas the epitome of the female student-athlete-citizen. Over every single one of the school’s female athletes.

But the NCAA didn’t drink the woke Kool-Aid this time. They choose a fencer over a ringer.

Stream contributor Nolan Lewallen runs through the list of Biden’s dreadful woke hires. “Biden Bowed to the Altar of ‘Diversity,’ and Americans are Now Suffering for It.”