And the Dog Days of Summer continues with "Beagles Keep Getting Me Evicted." 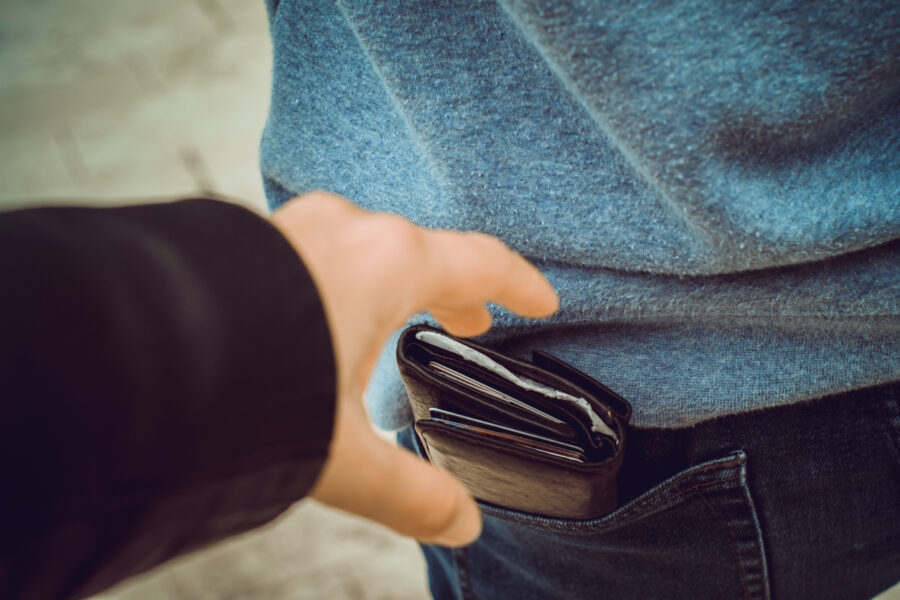 But First, Words of Wisdom From Your Vice President

Kamala Harris: “We got to take this stuff seriously, as seriously as you are because you have been forced to have take this seriously”

She has such a way with words pic.twitter.com/jOmIW74Hzv

Right on top of audio proof that Joe Biden has been flat-out lying about his knowledge of Hunter’s business dealings with the Communist Chinese comes a story indicating one payoff China is getting.

A few months back, Biden announced he was releasing a million barrels a day from the U.S. Strategic Petroleum Reserve … a reserve designed for use in national emergencies and war … not because your war on fossil fuels has sent gasoline prices skyrocketing to politically damaging levels. However, after telling Americans that their petroleum reserve is being released to lower gas prices, Reuters reports Biden sold 5 million barrels of our released oil to foreign countries. Including China. Yes, that China.

“The export of crude and fuel is blunting the impact of the moves by U.S. President Joe Biden to lower record pump prices,” states Reuters.

Those “81 million” who gave Biden their vote? Maybe they’d be better off if they had given him 10%.

Incidentally, thanks to Biden’s release, the nation’s Petroleum Reserve is reportedly at its lowest level since 1985.

A man was arrested near the U.S. Capitol Wednesday afternoon with two Molotov cocktails, one which he threw at the officers. USPC says “there’s no indication this was related to the Capitol, Members of Congress, or any protests.”

What, he was taking his two Molotov cocktails sightseeing? Swinging by the Smithsonian? Later the National Zoo?

There is no indication this was related to the Capitol, Members of Congress, or any protests.

More details to come in a news release this evening. pic.twitter.com/OuEXgFGfCc

“Both of our officers were treated for minor injuries. Thankfully they are going to be ok,” said acting Assistant Chief of Police for Uniformed Operations Sean Gallagher. “We appreciate their quick action that, without a doubt, kept the community safer.”

Thank God the cops got this guy before he torched whatever he was going to torch. Or whoever. Again. The suspect Bernard McCutchenson was arrested by D.C.’s Metropolitan Police in April 2021 for throwing a Molotov Cocktail at someone’s legs.

So try to burn someone alive in April 2021 in D.C. and you’re back on the streets, trying to set U.S. Capitol Police aflame. Get let into the Capitol on January 6, 2021, by Capitol Hill police, take a few pictures and walk out, and you’re still in solitary confinement.

Any Bigger Burn and Boebert Would Be Charged With Arson

It was about 104 degrees in Dallas Tuesday. But no one here got burned like Rep. Eric Swalwell did by GOP Rep. Lauren Boebert Tuesday. In the wake of the Highland Park attack, Swalwell directly compared Boebert to massacre suspect Robert Crimo III.

Boebert responded. First with the jab, telling Fox Digital, “The only straight line that needs to be drawn is from Eric Swalwell to Fang Fang to the Chinese Communist Party.”

Then came the knock-out:

“Law-abiding gun owners won’t be smeared and disarmed every time a California failed presidential candidate rolls out of bed with a Chinese spy and tries to blame us for the conduct of others.”

The rock world breathed a sigh of relief Wednesday with news that guitar legend Carlos Santana is a-ok. The 74-year-old musician collapsed during a show Tuesday night in Clarkston, Michigan, and was rushed to the hospital with what a crew member told the audience was a “severe medical emergency.”

The guitar guru was felled by heat exhaustion and dehydration, but according to his manager is “doing well.” In a statement thanking fans for their concern, Santana said he “Forgot to eat and drink water.”

Please don’t forget to drink water. Stay hydrated and cool! (Says the idiot who didn’t heed his own warning yesterday. And I didn’t even have the excuse of playing in front of thousands of adoring fans.)

Two Guatemalans in the country illegally were arrested before they could carry out a planned massacre at Richmond’s Dogwood Dell Fourth of July Festivities event.

Richmond Police Chief Gerald Smith said Wednesday that Julio Alvarado-Dubon, 52, and Rolman Balacarcel, 38, were foiled by a “hero citizen,” who called the 2nd District tip-line after overhearing the men discuss their plot.

Police found two assault rifles, a handgun, and hundreds rounds of ammunition in their residence.

“They were planning to, actually, shoot up our Fourth of July celebration,” Smith said. “We know what their intent is but we don’t have their motive.”

The police chief had high praise for the tipster.

“There’s no telling how many lives this hero citizen saved from one phone call. Public safety is a responsibility of us all. One phone call saved numerous lives on the Fourth of July.”

Thank you, hero citizen. Thank God we didn’t see a second massacre on the Fourth.

And while you’re at it, Lord, how about nudging Hunter’s “Big Guy” into actually protecting our border. This one cut way too close.

Unfortunately, we have had to postpone Tom Gilson’s webinar planned this evening, “How to Have a Good Disagreement in a World Turned Disagreeable.” Stay tuned for rescheduling details.

Fortunately, we have the fourth and final installment of our “Dog Days of Summer” special. A run of dog-themed stories from Man’s Best Friend’s Best Friend John Zmirak. This one is “Beagles Keep Getting Me Evicted.”

Meanwhile, a mind-blowing article from Robert J. Marks, called, “The Church of Artificial Intelligence of the Future.”