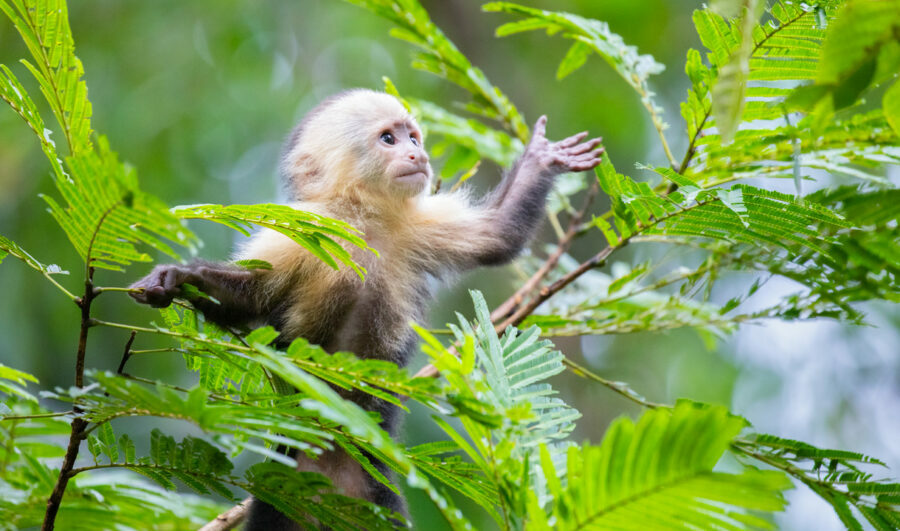 "What, I don't got nuthin' to do with this Monkeypox business!"

Biden Says US Military Will Get Involved If China Invades Taiwan. White House Tries to Backpedal

To ensure he understood the question and the implications, the reporter followed with “You are?”

“That’s the commitment we made.”

Since the question was framed as a comparison to Biden not getting involved in Ukraine militarily … even as we send tens of billions of dollars and endless supplies of powerful weapons to Ukraine, this mean Biden is saying U.S. forces will engage directly with China. It means if China invades Taiwan, we are in a war with China.

CNN’s reporting Biden’s unequivocal response caught aides off guard. For decades, the U.S. has been deliberately vague about whether we would directly get involved in a Chinese war against Taiwan. It’s called “strategic ambiguity.” Biden tossed that out the window.

Except that is NOT what Biden said. The reporter’s question deliberately made a clear distinction between providing the means as we are in Ukraine, and being an active participant in the fight.

This is not a harmless disconnect. It’s one thing to think your vice president is president and have the Easter Bunny push you around. It’s another to blunder the nation into the biggest, bloodiest military conflict since World War II.

China, naturally, was not happy, warning Biden it won’t tolerate any interference in its “internal affairs.” They advised Biden to “be cautious in words and deeds on the Taiwan issue, and not send any wrong signal to pro-Taiwan independence and separatist forces — so it won’t cause serious damage to the situation across the Taiwan Strait and China-US relations.”

68% of registered Republican voters want to see Joe Biden impeached if the GOP takes over Congress in the midterms, according to a new UMass poll taken earlier this month.

If midterms go the way they look like they’re going, 68% of Democrats are going to want to see Biden impaled.

Over all, 35% of voters think Biden should be impeached. (I wonder what the figure is for people who are aware of the revelations about Joe’s involvement with Biden Inc found on Hunter’s laptop, and those who’ve been kept in the dark?)

Victory: Navy Board Sides Unanimously With Officer Who Refused the Vax

Lt. Billy Mosely has served honorably in the Navy for 22 years. But Biden’s Navy wanted to toss him out the door because he refused to take the vax. Lt. Mosely could have taken a retirement. He could have tried claiming a Religious Objection (Which he would have lost anyway because of the Navy’s blanket refusal policy.) Instead, he decided to fight, taking his case to a Navy administrative separation board.

And he won. By an unanimous 3-0 vote. The board said that Lt. Mosely’s refusal to take the vaccine was not misconduct and that he should be allowed to remain in the Navy.

While this is “only one case of thousands and we have many more clients facing prosecution by the military, we are encouraged that the truth was revealed in this Board, and we hope this ground-breaking case sends a strong message to the Department of Defense,”

Looks like “Monkeypox” is going to be the new thing. Monkeypox is spreading in ways unseen before and scientists are “baffled.”

If Fauci and friends hadn’t spent two years lying about COVID, we’d be “baffled” too. Now the words are “cynical,” “skeptical.” And given the political games that were played with COVID, let’s add the word “dubious.”

The same week the World Health Organization is pushing a treaty that would usurp the sovereignty of nations in a health emergency, suddenly a scary-sounding pox is popping up? Health officials have opened the door to conspiracy theories like doormen at posh N.Y. apartment buildings.

Stacey Abrams, Who Wants to Be Governor of Georgia, Calls Georgia the ‘Worst Place in the Country to Live’

In fact, it is soooo horrible, she owns multiple houses in the state.

First you think, what a silly statement to make. You’d expect something better from the woman Star Trek named President of the United Federation of Planets. Chuckle at the knucklehead and move on.

But then you realize Abrams’ statement is leftist gospel brought local:

“America is a horrible, wicked place from its founding. And we must be the ones to run it from now on.”

Another fascinating romp through history with John Zmirak, as his liberty series continues with “Americans Can Trace Our Religious Liberties to a Civil War in England.”