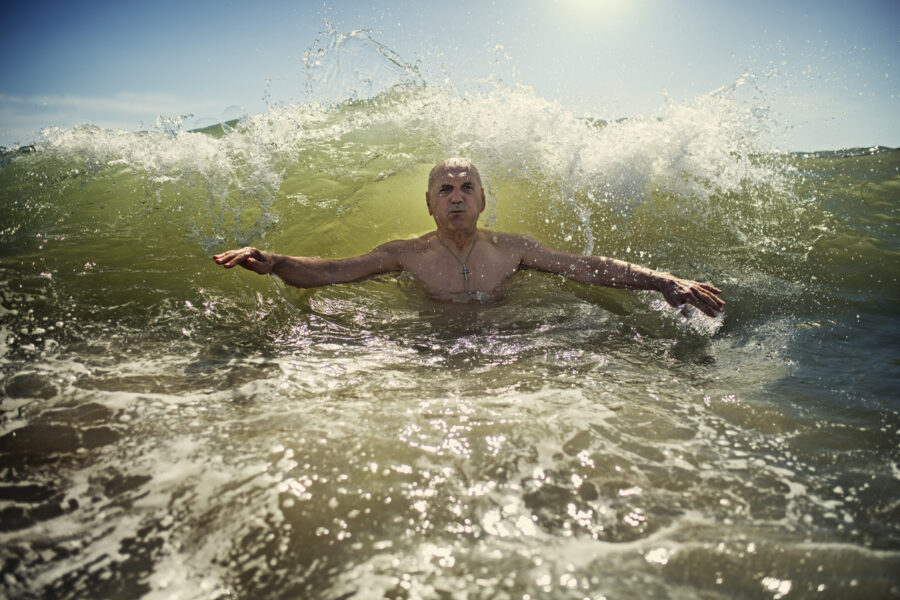 Perhaps today’s Brew should be a fine black tea with scones.

England is in day two of celebrations honoring Queen Elizabeth’s Platinum Jubilee. No English monarch has ever reached 70 years on the throne. So congratulations, QEII!

The queen’s Platinum Jubilee is underway.

Four days of celebrations honoring Queen Elizabeth II’s 70 years on the throne began with Trooping the Color, an annual review of military traditions that has marked the sovereign's official birthday since 1760. https://t.co/77qf9MwYMd pic.twitter.com/om5E3nhYhX

The way Elizabeth is going, she may reach Double Platinum. The only other Queen in history to do that was the one featuring Freddie Mercury. Think of it, Elizabeth has been on the throne longer than there’s been rock-n-roll.

The Queen did have to bail on some of the festivities after feeling “some discomfort.” No, looking at Meghan Markle didn’t make her nauseated.

Meanwhile, a new documentary suggests Prince Charles is in no hurry to assume the throne. Said Nick Bullen, who’s worked closely with Charles for about a decade, “To be king is to wish for your mother to pass away. No one is going to wish for that.”

Second, who would want to follow Queen Elizabeth? That’d be like taking over the Alabama football team after Nick Saban retires.

That’s the Can-Do Spirit! Joe Biden Says There’s Nothing He Can Do About Inflation Right Now

On Wednesday, Joe Biden pretty much admitted he’s helpless when it comes to curbing inflation, gas prices or food prices. “The idea we’re going to be able to, you know, click a switch and bring down the cost of gasoline is not likely in the near-term, nor is it with regard to food,” he told reporters … ignoring what happens if he declares to the futures-based oil market that he’s gonna “Drill, baby drill.”

However, Joe will be laser focused on trying to stop impending economic disaster. No wait, he’s heading to his beach house in Delaware.

Fitting. He’s heading to the beach. But we’re the ones going under.

Joe Biden gave a national address last night ranting about gun control. He used the market-tested phrase “gun violence,” but you know what he means.

Actually, come to think of it, Joe. You wanna get guns? Why not start with the ones you and Obama gave Mexican drug gangs in Fast & Furious? Or for that matter, the $80 billion in weapons you gave the Taliban terrorists?

Two years ago this week leftist protesters launched a massive, armed attack against the White House and surrounding area. Even burned the “Church of the Presidents.” The goal of these anti-American anarchists? Torching the Nation’s Capital, breaching White House security and getting at President Trump. Fifty Secret Service agents were injured.

Rioters in DC tear down barricades outside the White House.

Those involved in this attack are in jail, without bail, awaiting trial. Labeled insurrectionists. Wait. Never mind. They were Biden voters, not MAGA-hat wearing Americans taking selfies.

A Double Dose of Fraud and Illegality in AZ 2020 Election

Evidence emerged on two fronts this week on just how corrupt the 2020 Election was in Arizona.

As a reminder, Biden is credited with “winning” Arizona by a mere 10,457 votes.

The Epoch Times has the full story, but if you don’t want to go through their subscription wall, Just the News tells the tale as well.

The basics: Arizona law requires all ballots to be received by the county by 7 p.m. Election Day. However, the county’s own “Early Voting Rejections Summary” shows it rejected only 934 late ballots of the more than 20,000 that came in past 7 p.m.

Surely the county that took Zucker-bucks to help gin up Biden votes wouldn’t have seen that bounty of late and thus ineligible ballots as a way to pad Maricopa’s count after seeing the exit polling and Trump’s turnout. Nah. Can’t imagine that happening. Especially given how cooperative Maricopa County was in helping with Arizona’s forensic audit.

Yeah, that’s sarcasm dripping like sweat off a cyclist in a sauna.

We already had good reason for the sarcasm, but now there’s this: Verify Vote sought from the county and was given the Receipt of Delivery documents for Oct 13, 2020 to November 6, 2020… Except for the day after Election Day. The smoking gun November 4 document was missing! And it took Verify Vote months and months to pry that document away from county officials, though the document is supposed to be public. In other words, the County wanted to hide it.

Associated Press had the headline Thursday: “Records show coordinated Arizona ballot collection scheme.” A Democratic operative named Guillermina Fuentes was indicted in 2020 for her role in a sophisticated ballot harvesting scheme in heavily-Hispanic Yuma County. Although the indictment focused on her fixing the primary, even AP reports an investigation into her activities in the general election is ongoing in Yuma. In fact, an NGO was raided last month as part of the ballot harvesting investigation.

Just the tip of the iceberg, as is learned in the 2000 Mules movie. Tweeted Dinesh D’Souza in response to the AP story: “Even AP is forced to report on this. “2000 Mules” is slowly breaking the tall wall of censorship, evasion and lies to reveal what really happened in the 2020 election.”

One nugget in the movie is that after the arrest of Fuentes via fingerprints on envelopes, “Mules” in other parts of the country started wearing gloves. This is further suggestive of a national plot to steal the election.

Meanwhile, former Streamer Rachel Alexander digs into the Yuma election investigation. Why waste the effort? After all, it was the CLEANEST ELECTION IN AMERICAN HISTORY!

Timothy Furnish has a fascinating article called “Apocalyptic Angst vs the Apple Tree.”

Our Tom Gilson tries to fix a flaw in “Christianity Today’s Article on Flagging Pastor Credibility: So Right, Yet So Wrong.”

The Brew: Put Me in, Coach! Baseball Lockout Over. Kamala Strikes Out in Another Big Game.