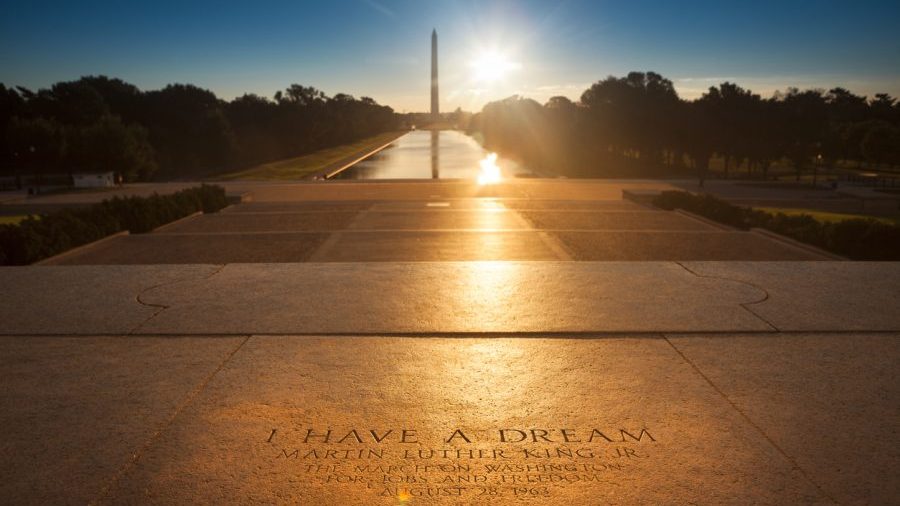 Why do we still have a day honoring the great Rev. King, when the CRT-theory pushing elites have so discarded his dream? He taught that we should judge each other on our character and not on the color of our skin. CRT Marxists claim that this perpetuates racism. By the arguments of today’s left, King is no better than Columbus. Or the slave-holding Founders.

CRT is anti-MLK. And elites shove this down our kids’ throats. Our military’s throats.

And yet there was Joe Biden yesterday, delivering a “sermon” from King’s own pulpit at Ebeneezer Baptist in Atlanta. The same Joe Biden whose administration is hell-bent on destroying King’s legacy. Oh, how hollow the sound. (Oh, how cynical for Biden to speak again of “redeeming the soul of the nation,” after demonizing half the nation as domestic terrorists.)

We cannot both judge people on their character, rather than their race, and also insist on putting everything and everyone in racial boxes and judging those who don’t as “racists.”  And in Biden’s case, doing it as a matter of administration policy. He shouldn’t have been in the pulpit. He should have been on his knees at the altar.

Perhaps the greatest tragedy of our age is the stealing of Dr. King’s victory. He had won. His dream was in practice. Within a generation of his death we had a new generation arising that judged on character (or a host of other things) not on color.

A move of God, a change of enormous beauty. An achievement so grand we carved out a national holiday to commemorate the man, indeed a prophet, who helped set our hearts right.

What point can there be to shred Rev. Dr. King’s legacy but to shred national unity and racial brotherhood? The enemy comes to kill, steal and destroy.

But by God we shall not, cannot, let his agents succeed.

Don’t they know? Joe Biden is the one urging Dr. King to “tell them about the dream, Martin.” It only sounded like legendary gospel singer Mahalia Jackson.

C’mon, man. Accusing Biden of again re-inventing his life, of conjuring up a life as a civil rights activist, of stolen valor? Next you’re going to tell me he stashed classified information in his garage.

The Latest on Car-a-Lago Scandal

Remember the one document found in Joe’s library? Turns out they actually found six, the White House admitted Saturday. You can read our full story in “Still More Classified Documents, Still More Stonewalling.”

Still more reason to feel iffy about Merrick Garland appointing a special counsel. Both Adam Schiff and Ilhan Omar think it’s a good idea. Still, hearing Schiff admit to ABC News’ This Week Sunday that we “can’t rule out the possibility” national security was compromised is near miraculous. Not Jacksonville Jaguars overcoming a 27-0 deficit to defeat the Chargers miraculous, but close.

Over on CNN, Jake Tapper scored with the understatement of the young year. Talking about the classified documents in Joe’s garage, Tapper admitted, “That does not look like what a secure location would be.”

Hunter Biden is fighting against his baby mama’s legal efforts to give their four-year-old daughter Navy the Biden name. Lunden Roberts made the request to the court overseeing her paternity suit on January 3. Hunter’s excuse for denying his own child his name is epic. NY Post reports Hunter told Circuit Court Judge Holly Meyer the name is a lightning rod for criticism and allowing the name change would deny the girl a “peaceful existence.” He suggests his daughter be able to decide for herself once “the disparagement of the Biden name is not at its height.”

So we are supposed to believe Hunter Biden is now concerned about the impact of the Biden name. After it’s made him rich. After he has been a main reason the name has been sullied. I mean — even at this moment — Hunter is using the Biden name to score $200,000 per piece just for throwing paint on canvas. Why shouldn’t this adorable little girl benefit from The Big Guy? (And a tip of the hat for the epic troll of gramps. An Air Force One t-shirt?)

The March for Life takes place at the end of the week, with related events kicking off Wednesday. (See schedule of events here.)

It’ll be the first March since the overturning of Roe v. Wade, so you can expect some pep in the step of marchers. Right now, the forecast for Friday is partly cloudy with a high of 52. The plan is for The Brew to be there. Will we see you there?

“Garrett, let me just interrupt and say that ‘pro-life’ is a term that they — an entire group wants to use. But that’s not an accurate description.”

Haake responded, “I’m using it because it’s the term she used to describe herself, Andrea.”

Hey, Garrett. Watch your back. Look what happened to NBC News reporter Miguel Almaguer when he strayed from the party line on the Paul Pelosi story. Suspended and disappeared like Amelia Earhart. (He did finally return after nearly five weeks.)

As for you, Andrea, the term is “pro-life.” It is the “pro-life movement.” You and your word police can’t go negating a movement simply because you’re hell-bent to protect the shredding of babies.

John Zmirak has a sobering and powerful “We Fought Jihad … and Jihad Won.” America has fallen ino the trap Osama bin Laden set for us, thanks to our feckless elites.