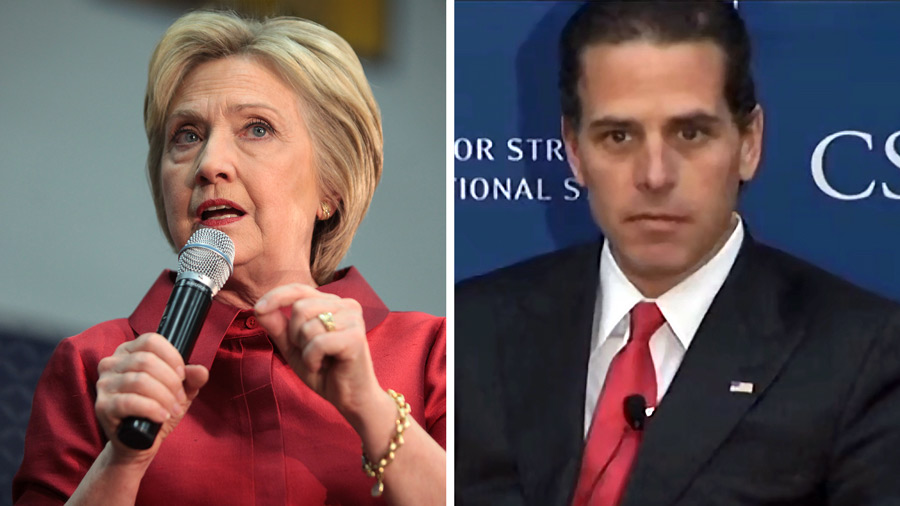 It’s a happy Monday … especially if you’ve spent nearly six years suspecting … then believing … then knowing that the Trump-Russia Collusion story was bogus … and being called a conspiracy theorist or Trump fanatic for your trouble.

In case you missed it, Hillary Clinton’s campaign manager fessed up under oath. And that’s just the start of a Brew loaded with Democrat and media hoaxes falling apart.

I know what you’re wondering. “Have arrangements been made yet for Mook’s funeral?”

Here’s a now-infamous Hillary tweet from the heat of the 2016 campaign.

As if the story were real, and she hadn’t paid for it.

Sure, Hillary will bellow: “What difference, at this point, does it make?”

It makes a world of difference. We have, in a court of law, first-hand testimony that Hillary Clinton conspired to defraud the American people. To falsely accuse the man who beat her of treason. For three years, the “Trump Colluded with Russia” narrative consumed the media and stymied the Trump administration.

Further, the Mueller special counsel is now proven to be a partisan fraud because they spent three years digging into Trump Russia Collusion and somehow didn’t learn it was a Hillary Clinton operation all along? Yeah, right.

Clinton's team made it all up, Durham found out easily, and Clinton's team admit it now. Yet, no one seems curious as to how Mueller/Weissmann could spend two years, $40 million, 2,800 subpoenas, use 40 agents, 19 DOJ lawyers, 500 witnesses and not figure that out. pic.twitter.com/EepWTgiGnR

“For three years, I had to fight her off, and fight those crooked people off, and you’ll never get your reputation fully back,” Donald Trump told Fox News Saturday morning. “Where do I get my reputation back?”

And how does America get that time back?

The ghastly toll of Hillary Clinton’s operation is still being felt. What did the world lose because this high-level conspiracy prevented Donald Trump from engaging fully with Vladimir Putin? Isn’t it reasonable to conclude that the guy who negotiated the Abraham Accords — bringing peace to Israel and several of its Arab enemies — could have helped Russia and Ukraine work things out before thousands were killed, economies ruined and the specter of nuclear war was left hanging over our heads?

The Media is Condemned

The media — with the eager, high-paid help of seditious Obama officials like John Brennan, James Clapper and James Comey — pushed the Trump-Russia Collusion story endlessly. They then worked overtime to ignore the evidence that it was a hoax. Big Tech conspired to quash and suppress tweets and stories proving it was a fraud perpetuated by not only Hillary Clinton but those in the highest reaches of the government, including the FBI and CIA directors, and yes, President Barack Obama and Vice President Joe Biden.

How successful was the quashing? Even Elon Musk says he had no idea about Durham or the Steele Dossier or Clinton’s campaign lawyer being busted.

I only heard about it last month and was blown away

For those friends of yours who also were deliberately kept in the dark, here’s a primer on the hoax prepared by Margo Cleveland at The Federalist.

Oh. And the media is still playing games. Here’s a CNN tweet from Friday:

Hillary Clinton personally approved her campaign’s plans in fall 2016 to share information with a reporter about an uncorroborated alleged server backchannel between Trump and a top Russian bank, her former campaign manager testified in federal court cnn.it/3PASVE0

Uh, it wasn’t “uncorroborated.” It was a Clinton campaign concoction. The idea of accusing Trump of being in cahoots with Russia was dreamed up by then-Clinton campaign official Jake Sullivan. Hillary and the DNC then paid for the execution of the hoax via their law firm Perkins Coie and Fusion GPS.  (For his trouble, Jake Sullivan is now Joe Biden’s National Security Adviser.)

They’re also the people who scoffed that Hunter Biden’s laptop was Russian disinformation. Well, at least they’re bending on that one … .

Another bit of evidence that the pump is being primed to send Joe packing. One major news outlet is admitting that Hunter Biden’s laptop is legit. This time NBC News.

From 2013 through 2018 Hunter Biden and his company brought in about $11 million via his roles as an attorney and a board member with a Ukrainian firm accused of bribery and his work with a Chinese businessman now accused of fraud, according to an NBC News analysis of a copy of Biden’s hard drive and iCloud account and documents released by Republicans on two Senate committees.

It’s kind of cute how they say “hard drive” instead of “laptop” to avoid saying outright the laptop was legit. And thus their reporting it was Russian disinformation was false.

Hillary Clinton’s former campaign manager wasn’t the only one confessing Friday. The National School Board Association admitted it conspired with the White House on the letter/scheme to label protesting parents “domestic terrorists.”

The confession comes after an internal NSBA review (and numerous states quitting the association in response to the scandal.) NSBA points the finger at former Interim CEO and Executive Director Chip Slaven. Slaven, who they say worked hand-in-hand with White House Senior Advisor to the President Mary C. Wall, who “had advanced knowledge of the planned Letter and its specific contents and interacted with Mr. Slaven regarding the Letter during its drafting.”

Using the letter co-created by this top Biden Adviser, Biden’s DOJ then launched a “counter-terrorism” investigation into the grass-roots movement by parents. The FBI was unleashed on concerned parents who were protesting school lockdowns and mandates, and the indoctrination of children into Critical Race Theory and radical LGBTQ+ ideology. (Oh, and then there was the parent upset at his school board covering up the rape of his daughter by a male claiming to be a transgender woman.)

Yet another liberal hoax blows up. Remember how Georgia’s new election law was going to suppress black vote? How it was, in Joe Biden’s words, “Jim Crow in the 21st Century”? Major League Baseball even moved last year’s All-Star game out of Atlanta over the alleged racism of the law. Democracy was doomed!!!!!!!!!!!!!!!!!!

I wonder what other scary tactics or hoaxes from the left will fall apart this week?

Want some inspiration to start the week? Nancy Flory turns a nightmare of a trip into nuggets of wisdom. “Hugs and Caterpillars Rescue a Trip From Disaster.”

The Brew: Trump Sues Hillary and the Hoaxers, Biden Snaps at Another Reporter at NATO Summit